Court hears how a man used petrol to murder his mum and burn their house to the ground. 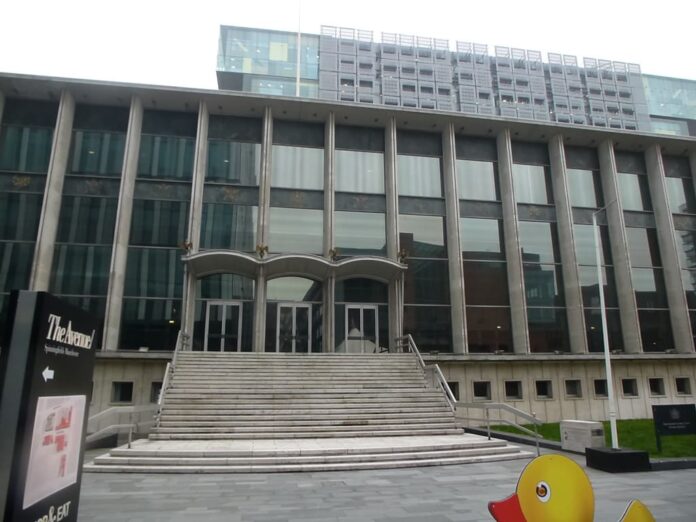 A man has been accused of murdering his own mother by covering her in petrol and setting her on fire, a court has heard.

Mark See, who shared a bungalow with his mother Sandra, is on trial for murder after a fire tore through their home in Gorton, Manchester.

The body of Ms See was recovered however, the court was told she could only be identified by the metal plate in her leg.

The court also heard how her son left the house to burn just minutes after starting the blaze.

He was then found by police in a churchyard near Manchester airport, laying in the foetal position Manchester Crown Court was told.

Jurors were informed that Mr See returned to the home his girlfriend Natalie Hughes, who also shared the property, after a normal day at work on July 12th. Natalie was Ms See’s full time carer.

Ms See required a Zimmer frame to move around following surgery because of a fall.

Mark See was working as a driver collecting and delivering furniture returned home with a litre bottle of whiskey and two bottles of coke, the court heard.

On the evening of the incident, it is alleged that Mark became ‘increasingly abusive’ towards his mother and her carer.

“He was pressuring his mother to drink with him, she didn’t want to but she went along with it and did anyway.”

Prosecutor FitzGibbon went on to explain how Mr See also drank Guinness before demanding an extra £100 from his mother, to which she refused.

Ms Hughes witnessed Mr See go into the kitchen before he returned, concealing something behind his back.

Jurors heard how he had a six-pint milk carton which he used to store petrol for a lawnmower, jurors heard.

Ms Hughes told the court how she heard raised voices and began to feel heat then saw flames and smoke.

Ms Hughes said that she could not breathe and proceeded to run out of the house, followed by Mr See.

He told her to ‘run’, but she refused, Mr FitzGibbon said.

“We can’t leave her, we need to ring the fire brigade,” Ms Hughes replied.
Only a few minutes after setting the Mr see left his home in his work van.
Five minutes later, firefighters arrived. They recovered Ms See’s body however could only describe it as ‘incinerated’.

“The prosecution say that Mark See threw petrol at his mother and set fire to it, in the course of a furious, drunken argument while she was sitting on the sofa in her living room,” Mr FitzGibbon said.

“We say Mr See started the fire deliberately, intending to kill her, or at the very least intending to do her really serious bodily harm. That means what he did was murder.”

Mr See’s van was discovered near an abandoned cargo centre at Manchester Airport.

Mr See himself was found laying in the foetal position the following day.

He had ‘significant’ burns to his hands and feet.

When police questioned Mr See in regards to the injuries, he told them –
“I did it in the fire last night at my mum’s.”

He was interviewed by police on July 26, but made no comment.
An investigation into the cause of the fire at the shared bungalow determined that Mr See had deliberately started the blasé with petrol being used as an accelerant.

“The prosecution say that the petrol got there because Mr See threw it in anger, and his mother was the target,” Mr FitzGibbon said.

“He may claim in his defence that the fire and the death was just a terrible accident.

“We say that once you have heard the evidence, you will be sure that Mr See murdered his mother by deliberately setting her on fire with petrol.

“He knew what would happen and intended it to happen.”