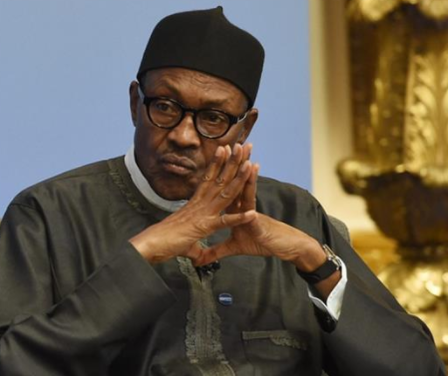 Court adjourns case against President Buhari’s impersonator to May 30th

A Kano Magistrates’ Court aitting today has adjourned the case of a 58-year-old President Buhari’s long-term campaigner, Abdulmajid Danbilki-Commander, to May 30, for hearing.

Danbilki-Commander, who resides at Koki Quarters, Kano, was arraigned on a three-count charge of intentional insult, defamation of character and inciting disturbance. Chief Magistrate, Kabiru Abubakar, adjourned the case until May 30,  for hearing.

Earlier, the Prosecuting Counsel, Mr Sunday Ekwe, told the court that two Special Assistants to President Muhammadu Buhari on Media: Sha’aban Sharada, Bashir Ibrahim and their friend, Hafiz Ibrahim, all of the various addresses, reported the matter at the Kano State Police Command Headquarters on January 21.

He told the court that on January 14, the defendant aired a radio programme at Aminci Radio Station in Kano, where he intentionally insulted the three complainants by defaming their character and reputation, and called them liars. He alleged that the defendant also personated as acting for the President Muhammadu Buhari and working to cause a misunderstanding within the APC party.