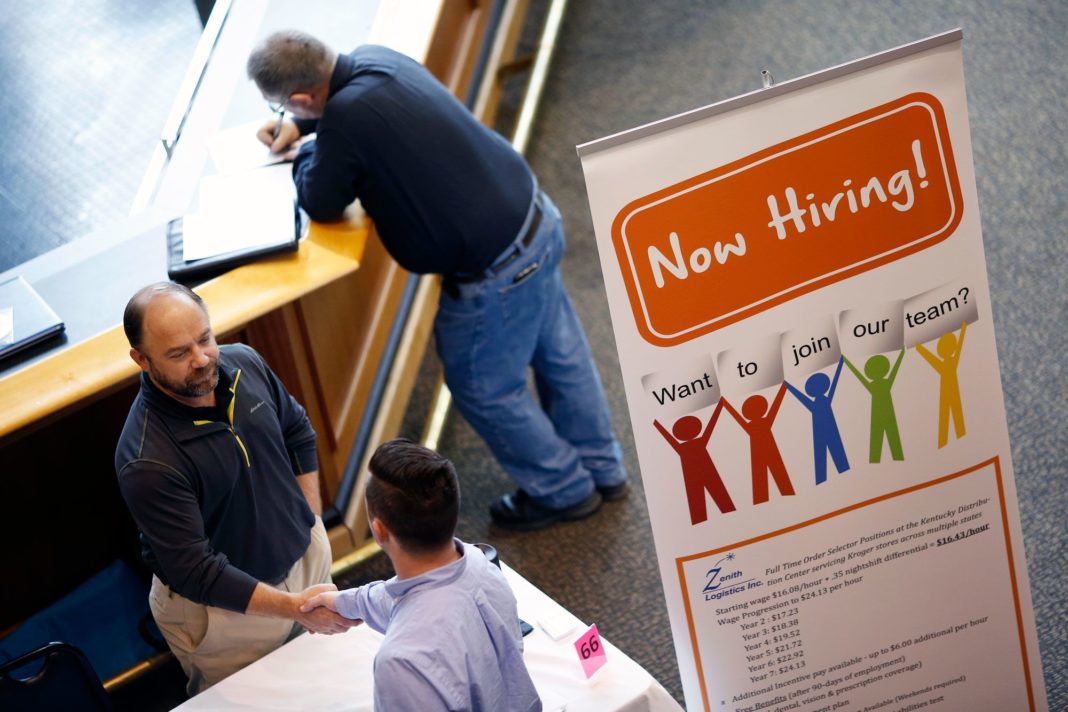 Trade tensions between China and the U.S. have dimmed economic growth prospects a bit in the eyes of economists, but U.S. job seekers are growing more confident regardless.

Data released Tuesday by The Conference Board showed 47.2% of consumers polled in May thought jobs are “plentiful.” That’s up from 46.5% in April and the most confident consumers have been on the labor market since January 2001, according to Bespoke Investment Group.

Consumers thinking jobs were “hard to get” fell to 10.9% from 13.3%. The data also showed the consumer confidence index rose to 134.1 this month, topping expectations.

“The main reason consumers remain so confident in the face of macro headwinds is that the job market remains so strong,” analysts at Bespoke said in a post.

At least 196,000 jobs were created in three of the first four months of 2019. In April, the U.S. economy added 263,000, easily topping expectations and pushing the unemployment rate to its lowest level since 1969.

Companies continue to hire at a strong pace despite trade tensions escalating. The U.S. hiked tariffs on Chinese goods earlier this month as President Donald Trump was not pleased with the pace of progress being made on trade negotiations. China then retaliated with higher tariffs of its own.

The escalation dented financial markets. The S&P 500 is down more than 4% in May and is on pace to post its first monthly decline of 2019. European shares are also down nearly 4% while the Shanghai Composite has lost more than 5% this month.