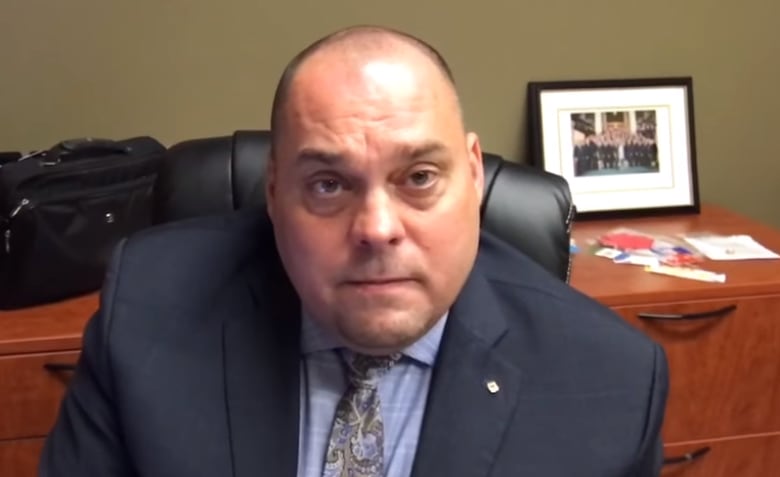 As health professionals warn that the pandemic is taking a heavy toll on many Canadians’ mental health, a Conservative MP is calling on the federal government to set up a national hotline for suicide prevention.

“I believe that we must do everything in our power to prepare for that onslaught of mental health issues and challenges that we’re going to face due to COVID,” said Doherty.

“When they’re at that point where they want to ask for help, a simple, easy, three-digit number to remember could make the difference between a life saved and a life lost.”

Mental health professionals have been pushing for a nationwide hotline as well. Dr. Allison Crawford is the chief medical officer of the Canada Suicide Prevention Service, which operates a national 10-digit, 24-hour hotline for suicide prevention services.

‘A barrier that doesn’t need to exist’

Since COVID hit, she said, the service has seen a 200 per cent increase in demand. A three-digit hotline would be easier for people in distress to access, she said, while a national program would signal to them that the federal government sees helping them as a priority.

“In a crisis, looking for a 10 digit number is a barrier — a barrier that doesn’t need to exist,” said Dr. Crawford, who is also a psychiatrist with the Centre for Addiction and Mental Health.

Establishing a single, nationwide suicide hotline would involve linking together existing crisis services that now operate locally or regionally. The Canada Suicide Prevention Service hotline, which receives federal funding, is currently connected to roughly 10 of Canada’s more than 200 local distress centres — something Dr. Crawford said she and her team are working to improve.

The United States is in the midst of adopting an 988 hotline, but that process is expected to take four years and cost more than half a billion dollars in its first year of operation.

Canada could get it done faster, said Dr. Crawford, as long as the federal and provincial governments come together.

“I’m optimistic we can hopefully get that done within the next one to two years,” she said, adding that the project will require support from multiple political parties.

“I think there’s growing support and there are very willing and enthusiastic partners in creating this.”

Doherty said he is convinced a national hotline would spare some others the pain he experienced when his best friend at age 14 died by suicide.

“All these years later, I still have so many questions,” said Doherty, who was named special adviser to Conservative Leader Erin O’Toole on mental health and wellness.

“I was probably one of the last ones to see, if not the last one to see, my friend alive. I just wish I could see them again and — I’ve said it publicly — tell them that I love them …”

In the years since his friend’s death, Doherty has devoted time to suicide prevention and working with at-risk youth. Five years ago, he began pushing a private member’s bill on establishing a federal framework to recognize the symptoms of post-traumatic stress disorder. That work  connected him with many Canadians in distress and a lot of first responders.

‘The grief … only grows greater’

He described speaking at the funeral of a young woman who committed suicide last year — how the looks on the faces of the young people gathered to mourn their friend reminded him of his own anguish at the same age.

“The grief one feels and experiences from suicide, I think it only grows greater as the years go by, because that sense of loss grows greater,” he said. “You understand what you’ve really, truly lost in terms of friendship, in terms of loved ones.”

Doherty said he hopes to see his motion come up for debate in Parliament in the coming weeks. His preliminary conversations with other political parties have been encouraging, he added.

In a media statement, Health Minister Patty Hajdu’s office offered no clear commitment to a national hotline but said the idea is worth studying.

“Our government is committed to exploring how a three digit prevention number can be implemented,” the statement reads.

Hajdu’s office also pointed to other federal efforts to support Canadians’ mental resilience during the pandemic. The government set up an online portal — Wellness Together Canada — which offers mental health and substance use supports, individual counselling, monitored support groups and mental wellness programs. Hajdu’s office said that, as of last month, more than 530,000 Canadians had accessed the portal.

The United States has committed to putting a national 988 hotline in place by 2022.

U.S. Congress and President Donald Trump began a push for the hotline in 2018, when they launched a study of options to replace the country’s 1-800 suicide prevention hotline with an easy-to-remember, three-digit option.

Trump signed the National Suicide Hotline Designation Act into law in October. The project will cost approximately $570 million US in the first year, according to a report by the Federal Communications Commission (FCC). Almost half of that sum is a one-time outlay to replace switches in the phone network, while some of the money will go to boosting call centre capacity and a public awareness campaign.

The FCC concluded the service would be worth the money, saying the life-saving benefits would outweigh the cost of implementation.

Dr. Crawford said the Canada Suicide Prevention Service is working with the Mental Health Commission of Canada to survey Canadians on the idea of a three-digit national hotline. She said they hope to release a white paper on the subject in the new year.

“Suicide is preventable,” she said. “It’s important to say that every time.”

If you’re worried someone you know may be at risk of suicide, you should talk to them about it, says the Canadian Association for Suicide Prevention. Here are some warning signs: