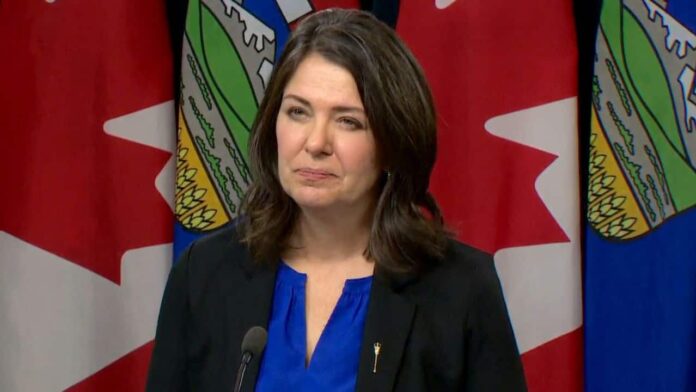 On the 15th floor of a downtown Calgary office tower on Wednesday, a new clean-tech fund was launched with an aim of decarbonizing the energy sector. But much of the talk at the event was about the Alberta government’s controversial Sovereignty Act, which was introduced in the provincial legislature less than 24 hours earlier.

Some organizers couldn’t help but shake their heads at the timing.

The irony was evident in having an announcement promoting collaboration between industry and government, while so much attention in the province is on the combative new policy.

That’s why concerns in the business community are growing over the new piece of legislation and how it could scare people and companies away from locating or investing in Alberta at a time when the oilpatch is finally back on its feet after several years in a downturn and as the province tries to keep its economy growing amid a possible recession.

There is no shred of evidence that the act will lead to economic growth, said Calgary Chamber of Commerce president Deborah Yedlin, who describes the confrontational nature of the policy as “troubling.”

“This comes at a time when we are dealing with high inflation, supply chain challenges and a labour shortage. We’re trying to get people to come to Alberta so that we can address that talent shortage. This is not going to set the table for people to look at Alberta as a place to invest or necessarily to come and find economic opportunities,” she said on Wednesday.

“We see this as potentially introducing a very significant element of risk and uncertainty for businesses in Alberta.” 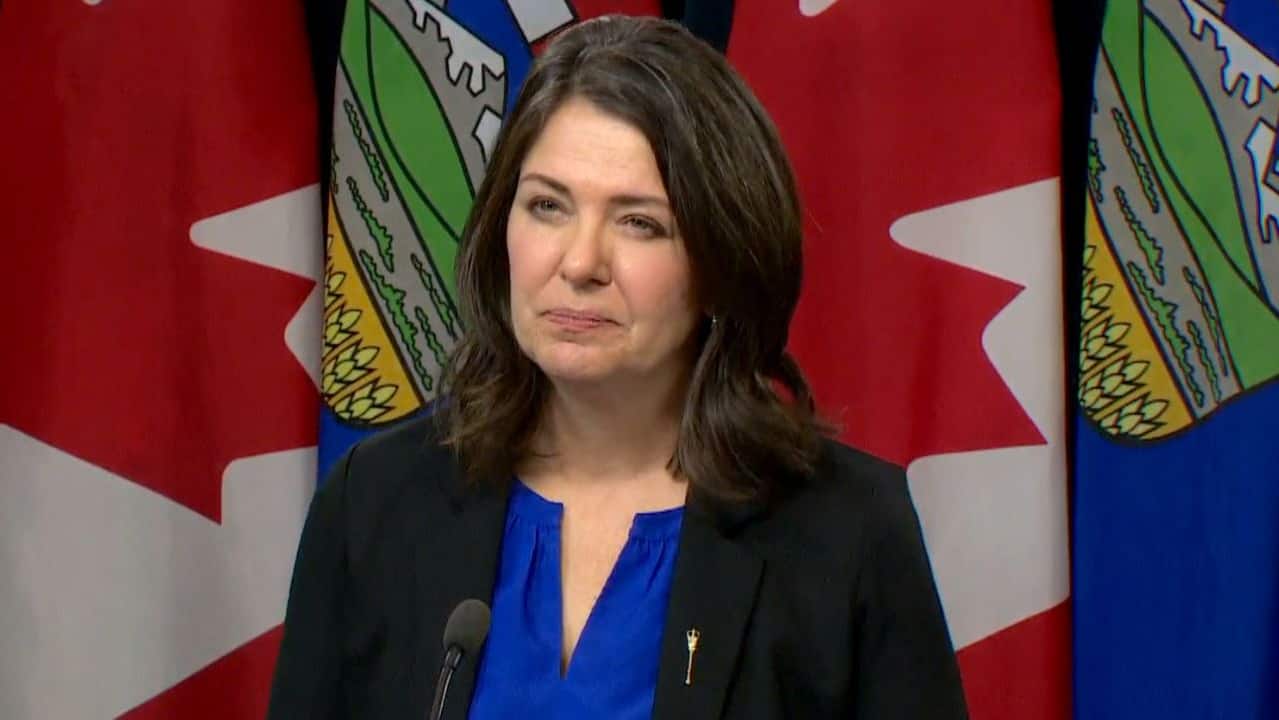 Alberta’s premier followed through on her leadership campaign promise and introduced the controversial Alberta Sovereignty to a United Canada bill in an attempt to reject federal laws. Plus, Rosemary Barton weighs in on the risks the federal government runs by trying to avoid the issue.

On Wednesday, Avatar Innovations kicked off a new $3 million fund to provide cash for startups pursuing energy transition technologies. The firm works with a range of companies from traditional oil and gas producers and pipeline companies to technology firms.

Avatar is also expanding into the United States to increase its network. The more people and companies who become involved, the more opportunities and funding become available to scale-up new technologies.

“Conversations that are about anything other than how we advance investment and technology and collaboration in this province is going to hinder those efforts,” said CEO Kevin Krausert.

Investors won’t be attracted to Alberta unless it is a safe and sound jurisdiction that is governed by the rule of law, said Krausert, who spent most of his career in the oil and gas drilling industry.

Meanwhile, there are concerns that Alberta Premier Danielle Smith’s Sovereignty Act could put up walls around Alberta and target certain federal policies.

“I hope we never have to use this bill,” Smith told reporters on Tuesday. “I hope that we’ve sent a message to Ottawa that we will vigorously defend our constitutional areas of jurisdiction and they should just butt out.”

For decades, Alberta politicians of all stripes have routinely criticized the federal government. Call it a political pastime. But, make no mistake, choosing not to enforce federal rules is a much more aggressive type of opposition to Ottawa.

Smith became premier after winning the leadership of the United Conservative Party in October. During that leadership campaign, no policy was discussed more than the Sovereignty Act.

Then-Premier Jason Kenney called the proposal “risky, dangerous, half-baked” and said it “would do devastating damage to jobs, the economy and the prospect of pipelines.”

Sonya Savage, who was energy minister at the time, said the legislation could be as harmful to Alberta’s future as Prime Minister Justin Trudeau’s policies have been to the province’s past, while also noting that international investors concerned about their Alberta assets had been asking her about the Sovereignty Act.

Savage remains in Smith’s cabinet, now as environment minister. On Wednesday, she said her original concerns have been addressed as the legislation has been developed.

The average oil and gas company may not be concerned about the Sovereignty Act since it won’t have any immediate impact on the day-to-day activity in the sector, especially considering how profits remain robust and commodity prices are elevated, too.

But there are worries about the legislation’s short and long term impacts.

“We are concerned about any government policy that has the potential to create uncertainty for investors,” said Lisa Baiton, CEO of the Canadian Association of Petroleum Producers, in an emailed statement.

“It is important for governments at all levels to work together with the industry in order to attract investment back into Canada.”

The Sovereignty Act comes at a time when many companies in the oilpatch are looking for investment to decarbonize the sector and fuel the growth of new industries like hydrogen and carbon capture and sequestration.

There is a need to attract significant funding not only from private investors, but from the federal government as well.

In other words, the oilpatch wants a helping hand from Ottawa at the same time that the Alberta government is picking a fight.

The largest oilpatch companies want tens of billions of federal dollars to design and construct large-scale facilities to capture harmful greenhouse gases and inject them underground. Ottawa has already announced funding for carbon capture projects, but the oilpatch wants more.

Even smaller companies are looking for federal cash. Just last week, a group of oil and gas drillers asked the federal government to create a new tax credit aimed at helping the industry decarbonize. 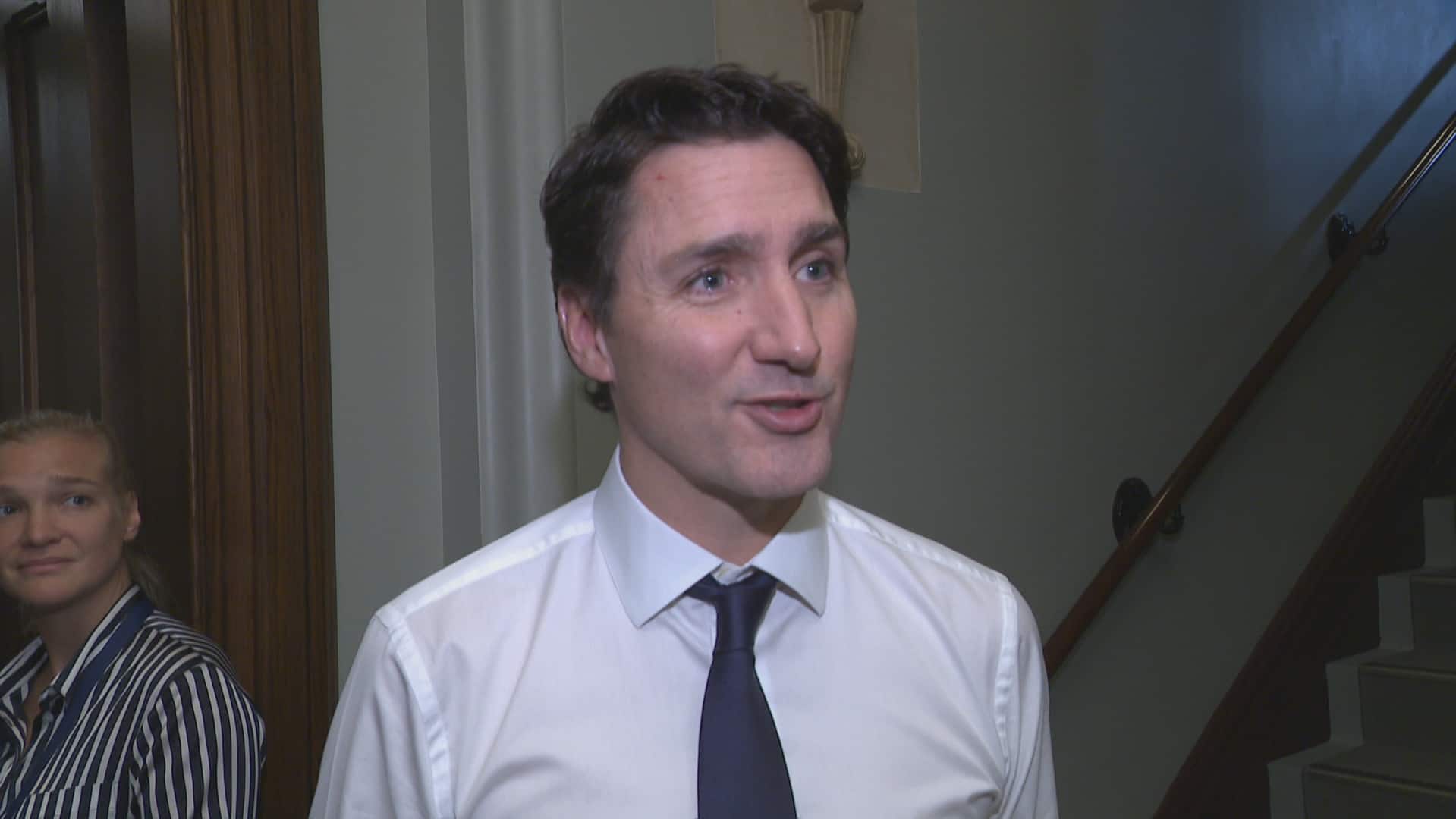 Prime Minister Justin Trudeau plans to follow developments on contentious bill but says his government will focus on ‘delivering for Albertans.’

Ottawa is also the largest government funder of a massive new hydrogen production facility that is breaking ground in Edmonton, among other projects big and small.

The Sovereignty Act could hurt the clean energy sector, which is already struggling to attract investment, especially from venture capitalists.

Many of the players are small- and medium-sized firms trying to research, develop and commercialize their technology. Without adequate funding, it’s difficult to overcome those challenges and eventually scale up production.

Krausert, with Avatar Innovations, described the federal government as providing a tremendous amount of funding for clean technology startups and companies that are the envy of the world.

“I would be very nervous about putting any of those at risk,” he said.

Krausert believes the way to build Alberta’s future is to play well with others.

“Let’s just hope this is political theatre for the day.”