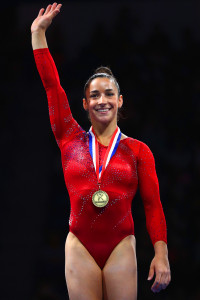 The first cut is the deepest! Colton Underwood looked back on his relationship with Olympic gymnast Aly Raisman and revealed how he moved past their difficult breakup.

Underwood, 26, reflected on his romance with Raisman, 24, during his appearance on “The Lady Gang” podcast on Tuesday, January 15, when cohost Keltie Knight asked the current Bachelor about his “worst heartbreak.”

“I wouldn’t say it was on the show. I would say it was my first love,” the former NFL player said of the gold medalist, who he dated from August 2016 to April 2017. “While it was confusing and hard in the beginning, it also taught me a lot about myself, what I need, what I want, what I can do better in a relationship. It was, like, a big growing, a big step for me. It was really tough.” 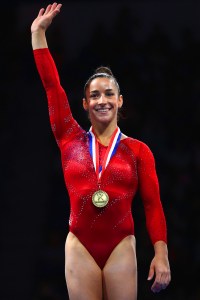 Underwood has shied away from speaking out about his history with Raisman in the past out of respect for what she went through with Larry Nassar, the former Team USA doctor who was sentenced to life in prison after being accused of sexual misconduct by more than 141 women. Raisman was one of several victims who read impact statements at his sentencing.

“To be very candid about it, she’s going through enough right now. She doesn’t deserve to be in this at all,” the Legacy Foundation creator exclusively told Us Weekly in July 2018 while he was a contestant on Becca Kufrin’s Bachelorette season. “I have so much love and respect for Aly and the voice that she is and the role model that she is for every young woman out there.”

Underwood also praised his ex’s emotional ESPY’s speech from earlier that month, in which she addressed Nassar’s abusive behavior while standing alongside other survivors.

“Unbelievable,” he told Us at the time. “She and all of her friends — and everything they have done — has honestly moved our society in such a positive way and such a positive direction.”