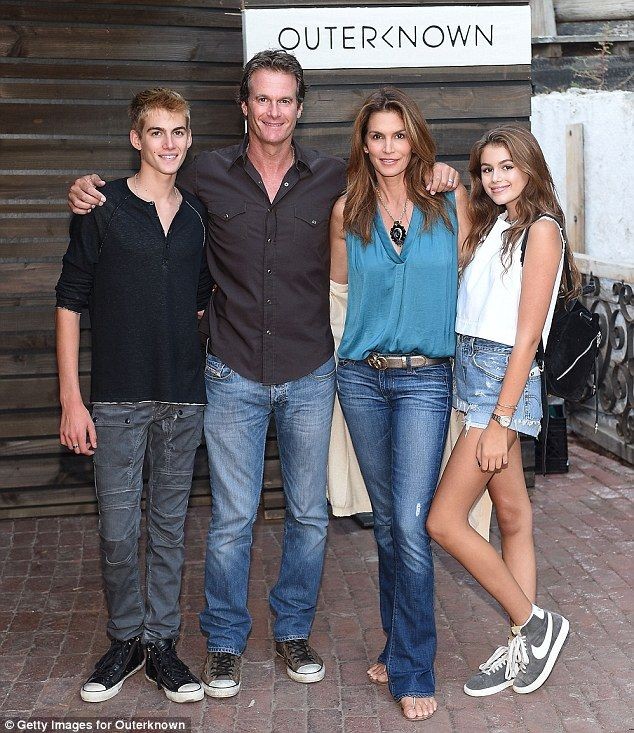 It’s a big day in the Crawford-Gerber household!

Presley’s proud mama shared multiple photos of her look-alike son dressed in his cap and gown captioned, “So proud of you @PresleyGerber! Congrats on your graduation!” Likewise, the Casamigos Tequila founder said he was, “So proud of my boy. Graduation from Malibu High and now it’s time to…”

The iconic supermodel and her hubby of almost two decades gifted the accomplished graduate with an Omega watch. Not too shabby, right?!

Presley shared a heartwarming photo next to his mom and the incredible present, which he captioned, “Big day, huge gift. Keeping @Omega in the family.”

So what’s next for the teen? One source tells E! News he’s still weighing his options when it comes to college, but there’s no denying he’s got major potential in the modeling world. We’re approaching the one-year anniversary of his runway debut, where he joined Yolanda Hadid‘s son Anwar Hadid during Jeremy Scott‘s Moschino Resort show last June.

His 15-year-old sister Kaia Gerberis already making waves in the industry, and in an exclusive interview with E! News, Kaia revealed their talented mom’s advice.

“My mom always just told me to stay true to myself and be myself and I think people don’t remind girls that enough,” she shared. “I think people might try to change themselves a lot in this industry.”

The stunning brunette added, “She’s calling me throughout whenever I am working and asking me: ‘How’s it going? Did you eat? Did you get enough sleep last night?”

With such great parents, we think these rising stars have a bright future ahead of them. Congratulations, Presley!