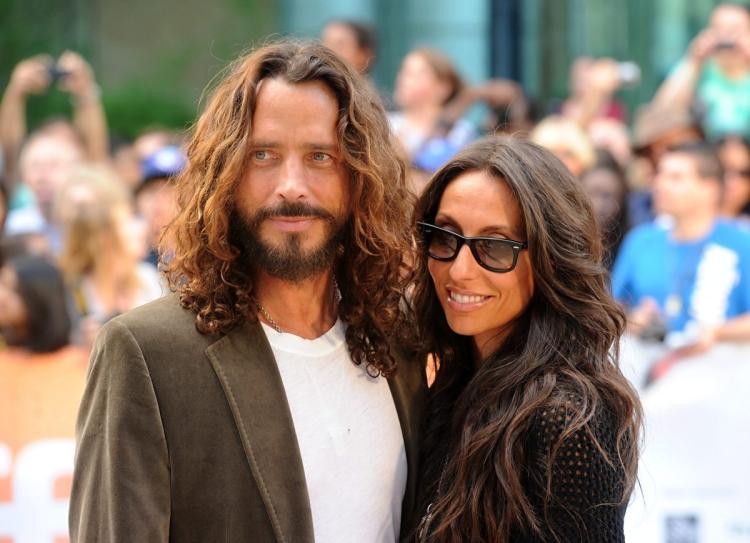 In a shocking turn of events, Soundgarden‘s famed front man Chris Cornell was was pronounced dead in his hotel room at the MGM Grand Hotel in Detroit. Later that afternoon, after an initial autopsy had been completed, the Wayne County Medical Examiner’s Office announced his cause of death“has been determined as suicide by hanging. A full autopsy report has not yet been completed.”

Days after his death of her husband, the singer’s widow, Vicky Cornell, has shared an emotional open letter via Billboard to the late rocker, whom she calls her “Sweet Christopher.” The two were married from 2004 until his death.

In the letter, she wrote, “You were the best father, husband and son-in-law. Your patience, empathy and love always showed through. You had always said I saved you, that you wouldn’t be alive if it were not for me.”

She continued, “My heart gleamed to see you happy, living and motivated. Excited for life. Doing everything you could to give back. We had the time of our lives in the last decade and I’m sorry, my sweet love, that I did not see what happened to you that night. I’m sorry you were alone, and I know that was not you, my sweet Christopher.”

The mother of two added, “Your children know that too, so you can rest in peace. I’m broken, but I will stand up for you and I will take care of our beautiful babies. I will think of you every minute of every day and I will fight for you.”

And finally she ended her love letter: “You were right when you said we are soulmates. It has been said that paths that have crossed will cross again, and I know that you will come find me, and I will be here waiting. I love you more than anyone has ever loved anyone in the history of loving and more than anyone ever will. Always and forever, Your Vicky.”

Last Friday, Kirk Pasich, an attorney for the Cornell family, said Friday they are disturbed by implications that Chris knowingly and intentionally took his life. “Without the results of toxicology tests, we do not know what was going on with Chris—or if any substances contributed to his demise. Chris, a recovering addict, had a prescription for Ativan and may have taken more Ativan than recommended dosages,” Pasich said. The family believes that if Chris took his life, he did not know what he was doing, and that drugs or other substances may have affected his actions.”

One day after the rocker’s death, Vicky released a public statement: “Chris’s death is a loss that escapes words and has created an emptiness in my heart that will never be filled. As everyone who knew him commented, Chris was a devoted father and husband. He was my best friend. His world revolved around his family first and of course, his music, second.”

She said, “He flew home for Mother’s Day to spend time with our family. He flew out mid-day Wednesday, the day of the show, after spending time with the children.”

Cornell’s funeral will take place this Friday in Los Angeles.