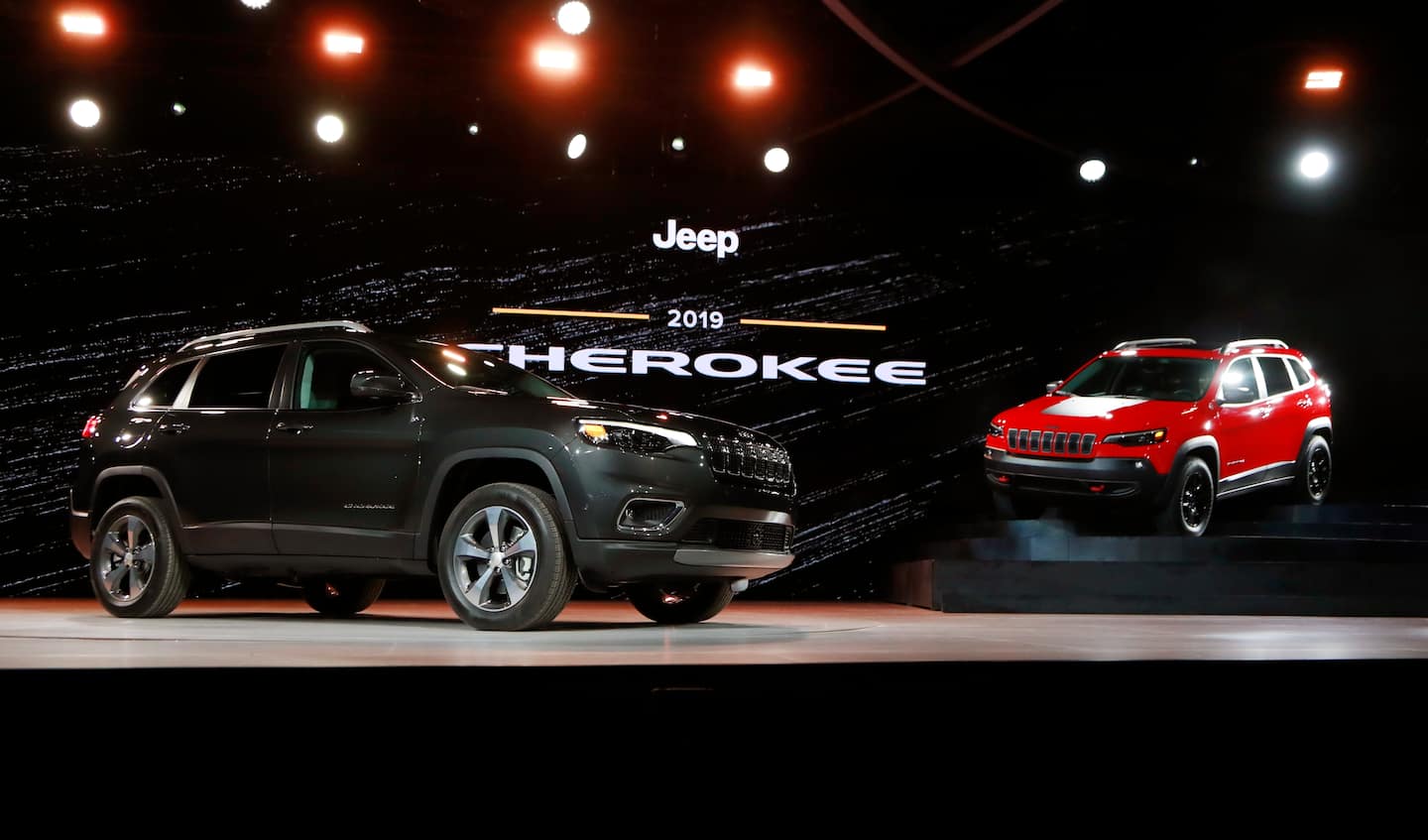 “I think we’re in a day and age in this country where it’s time for both corporations and team sports to retire the use of Native American names, images, and mascots from their products, team jerseys, and sports in general,” Cherokee Nation Principal Chief Chuck Hoskin Jr. said in a statement to Car and Driver and later shared with The Washington Post.

The Cherokee Nation has repeatedly expressed frustration with Jeep’s use of the name, but this marks its first direct request for a change.

“Our vehicle names have been carefully chosen and nurtured over the years to honor and celebrate Native American people for their nobility, prowess, and pride,” Jeep said in a statement to The Post that was first reported by Car and Driver. “We are, more than ever, committed to a respectful and open dialogue with Cherokee Nation Principal Chief Chuck Hoskin, Jr.”

According to Jeep’s website, the original Jeep Cherokee was introduced in 1974 as the original “sport utility vehicle” with bucket seats and “racy detailing” designed to appeal to younger, more adventurous drivers. In 2020, the Cherokee and Grand Cherokee made up more than 40 percent of Jeep’s total sales, Car and Driver reported.

Jeep replaced the Cherokee name with Liberty in the North American market in 2002 but resurrected the name 12 years later after market research revealed “a marked fondness” for it, the New York Times reported in 2013.

“We want to be politically correct, and we don’t want to offend anybody,” Jeep’s former director of marketing — now head of the Jeep brand in North America — Jim Morrison told the Times in 2013. “We just haven’t gotten any feedback that was disparaging.” (In the same story, a spokeswoman for the Cherokee Nation said the tribe was “really opposed to stereotypes” and that the tribe had not been consulted.)

The American Psychological Association has found that the use of Native people as mascots and symbols is a form of discrimination, one that negatively affects the self-esteem of Native children and undermines the ability of Native nations “to portray accurate and respectful images of their culture, spirituality, and traditions.”

“Imagine a Cherokee kid who is wanting to do a little research on her own tribe, and she puts Cherokee into the Google search engine, and what’s the first thing she’s confronted with? It’s the Jeep Cherokee,” Hoskin said in an interview with The Post. “I think that says something to that young person about the country they live in and how the country collectively values their tribe when what they see is an SUV.”

The 2021 Jeep Grand Cherokee, which “carries itself with rugged elegance,” is slated to hit dealerships this spring. But since the tribe’s name is not trademarked, the Cherokee Nation receives no royalties for its use. Jeep also has used other Native names in vehicles such as the Comanche Eliminator and the Gladiator Mojave.

Jeep is hardly alone in using Native names to sell cars. The American auto industry has a long history of appropriating Native American identity, especially as a means of evoking ruggedness and dependability in SUVs and pickups. Chevrolet sold the Apache and the Cheyenne. Pontiac had the Aztek, though Aztec is the more common spelling for the ancient Mexican civilization. Mazda had the Navajo, and Dodge had the Dakota. Winnebago is a leading seller of vans and motor homes.

“You can get more with a 4-wheel Jeep Cherokee,” reads an ad from the 1970s. “Off-road, the possibilities are unlimited, handling most any situation with ease. On-road, in slippery or dangerous driving situations, you inherit confidence you never thought possible before.”

As chief Hoskin said, his job is to bring about a broader public understanding of Cherokee history and culture. He said he thinks the use of the tribe’s name on products such as the Jeep Cherokee, while well-intended, does nothing to deepen knowledge about the Cherokee Nation.

“That’s a very limiting way of educating people,” Hoskin said. “It also reinforces this idea that Cherokees are from some bygone era and that all we have left is whatever symbols we might cobble together.”

Cherokee oral history dates back “through the millennia,” according to Cherokee.org. Originally located in the southeastern United States, the Cherokee Nation was forced to relocate to present-day Oklahoma in 1838 after gold was discovered in the tribe’s homelands. More than 4,000 Cherokee people died on the 1,000-mile removal route known as the “Trail of Tears.”

Today, the Cherokee Nation’s sovereign government represents more than 380,000 people in the United States, making it the largest tribal nation in the country.

“The best way to honor us is to learn about our sovereign government, our role in this country, our history, culture, and language and have meaningful dialogue with federally recognized tribes on cultural appropriateness,” Hoskin said.