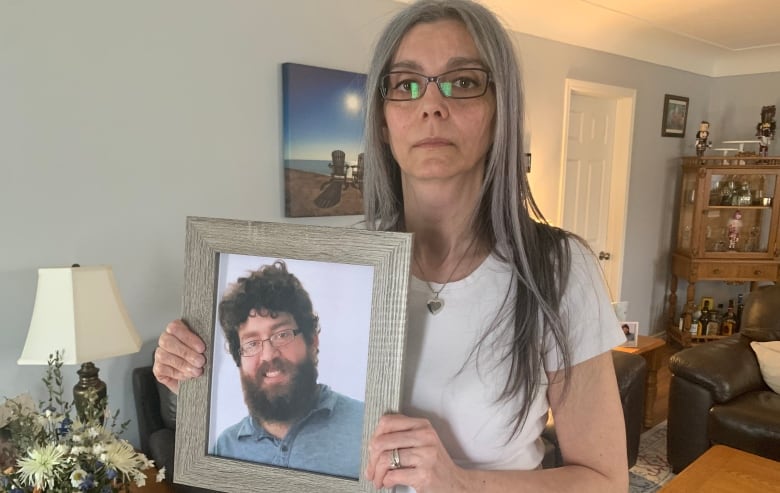 Three months after Robert Martin died by suicide in his family home in April 2022, the Chatham, Ont., hospital where he had been treated is now taking steps to improve its mental health care services.

While it doesn’t erase the horrible pain of losing her son, Leonie VanPuymbroeck is comforted to know some of her concerns are being addressed and that future mental health patients might experience better outcomes.

“I’m so glad these changes are coming about for all the people of our community,” VanPuymbroeck said.

“So many people said to me, ‘Oh, I bet you nothing is going to happen.’ And so I was a little hesitant, a little negative. But that was not the case at all.”

[Hospital officials] told me … these changes happened because I said something. Imagine if more people said something?”– Leonie VanPuymbroeck

Martin had been diagnosed with attention deficit hyperactivity disorder (ADHD), bipolar disorder and, later, substance abuse (for use of caffeine drinks and marijuana) that may have contributed to psychotic episodes.

The 26-year-old had a psychiatrist he saw regularly through the Chatham-Kent Health Alliance (CKHA).

He had also been admitted into the hospital for an involuntary stay at the end of January 2022, after exhibiting bizarre behaviour, but his mother said he was released early. Martin died less than three months later on April 8, 2022.

At the time, VanPuymbroeck told CBC News she felt strongly that not enough was done to prevent his death and the family made a complaint to the hospital about Martin’s care.

Subsequently after, CKHA launched an internal review, which it said is the usual protocol “whenever there is an unfortunate outcome such as this,” the hospital told CBC News in an emailed statement.

The hospital said all team members involved came together to examine the care Martin received “with the purpose of improving the quality of our care.”

As a result, four key recommendations have been made, upon reflecting on Robert’s care, for implementation, including:

The hospital shared an implementation action plan with VanPuymbroeck, which was obtained by CBC News.

The first action is the discontinuation of phone appointments for outpatient psychiatry and therapy appointments.

The second action is the implementation of a system for appointment reminders for patients.

The review found that Martin had missed some of his appointments to receive anti-psychotic medication through injections. Though attempts had been made to contact Martin, the hospital is committing to work with the Canadian Mental Health Alliance to improve this process by implementing reminders.

The third action is in response to the fact that Martin had expressed dissatisfaction with his psychiatrist and requested a new doctor, according to the letter. VanPuymbroeck said that request had been denied.

According to the letter, whenever a request is made in the future, “the manager of the unit will interview the patient in the absence of the attending psychiatrist to understand the reasons for the request.” That request will then go to the chief of psychiatry to make a decision on whether a new referral should be granted.

The fourth action is a commitment to improve the discharge planning process for mental health patients. This is in response to Martin being discharged from hospital at the end of January with a follow-up appointment two weeks later.

VanPuymbroeck explained hospital officials told her those appointments will now take place sooner in the future. The hospital will also conduct a “clinical review” of the discharge planning process to standardize it and improve “collaboration with patients, family and community supports on discharge.”

Martin’s family has also taken particular issue with the care he received from his psychiatrist. VanPuymbroeck filed a complaint against the doctor to the College of Physicians and Surgeons Ontario (CPSO). The CPSO previously told CBC News it is prohibited from confirming or discussing complaints.

CBC News is not naming Martin’s psychiatrist because no patient issues have been noted in the physician’s public register profile through the CPSO.

“I hope so. Even if it just saves one person,” she said.

She also hopes her story will encourage others to speak out more about mental health challenges and suicide.

“[Hospital officials] told me … these changes happened because I said something. Imagine if more people said something?” she said.

“The more changes that would happen, maybe more funding would happen, so many more things could happen if people actually didn’t hide from all of these things.”

She said it starts with families who’ve lost loved ones to suicide to not be afraid of uttering the word “suicide.”

In the meantime, VanPuymbroeck said she’s “trying to take it day by day.”

Speaking about Martin puts a smile on her face as she remembers him as a kind and sweet kid always eager to help others.

Moving forward, VanPuymbroeck said she plans to continue to push for more funding and supports for mental health at a provincial level.

This guide from the Centre for Addiction and Mental Health outlines how to talk about suicide with someone you’re worried about.