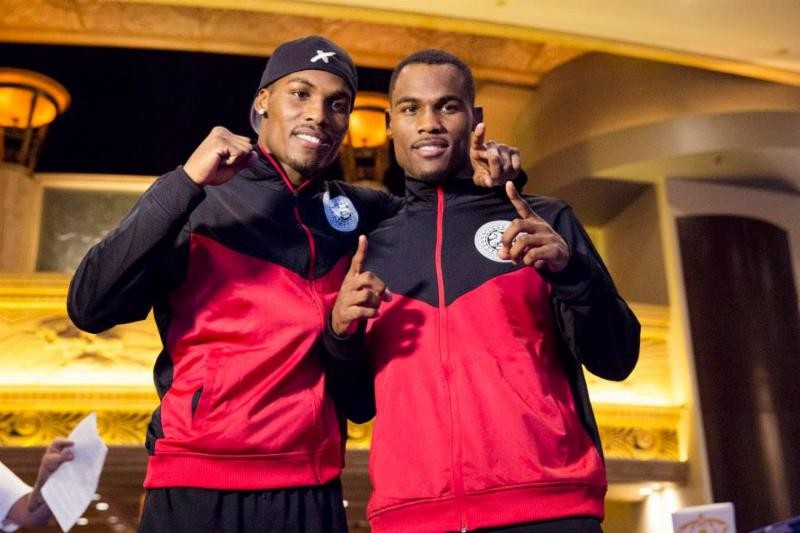 After defeating Julian Williams by KO in December, Jermall Charlo decided to go up in weight to look for a second title in a different division.

After Jermall Charlo thrashed mandatory challenger Julian “J Rock” Williams, knocking him down three times en route to a dominant fifth-round knockout victory to retain his junior middleweight world title in December, he quickly made a decision about his ring future.

He decided it was time to move up to middleweight to pursue glory and money in a deeper weight division.

Charlo will make his middleweight debut when he takes on Jorge Sebastian Heiland in a world title elimination bout Saturday (Showtime, 9 p.m. ET) at Barclays Center in Brooklyn, New York for the right to become a mandatory challenger for one of the belts held by unified world champion Gennady Golovkin, who defends them against Canelo Alvarez in a megafight on Sept. 16 in Las Vegas.

But first up for Charlo is Heiland, a battle-tested veteran whom he will face in the co-feature of the junior welterweight showdown between former four-division titlist Adrien Broner (33-2, 24 KOs), who is moving down one division, and reigning lightweight titleholder Mikey Garcia (36-0, 30 KOs), who is moving up one weight class for the fight.

Charlo has two goals for Saturday — winning and putting on a show.

Charlo (25-0, 19 KOs), 27, of Houston, said the decision to move up to middleweight was not a difficult one. He had won a 154-pound world title by one-sided third-round destruction of Cornelius “K9” Bundrage in September 2015 and defended the belt three times, all in conclusive fashion: a fourth-round knockout of “Silky” Wilky Campfort, a unanimous decision against former world titlist Austin Trout and the KO of the trash-talking Williams.

Charlo’s twin brother, Jermell, holds a world title in the weight class, and they say they will never fight each other, so that unification bout was not available for him. And titleholder Erislandy Lara was not the kind of opponent who would generate much fan interest or money. That left little for Jermall to accomplish in the weight class, so he decided to move up to middleweight and vacated his title.

“I felt I did everything at that time to be the best at 154 pounds and with my twin brother having the belt, Erislandy Lara having the belt, it was better opportunity at 160,” Charlo said. “I [now] have to do what I did in 154 pounds or they’re not going to think I’m real. So my job is to fight as hard as I can and train as hard as I can and fulfill my dream of becoming [a] two-time, two-division world champion.”

Heiland (29-4-2, 16 KOs), a 30-year-old southpaw from Argentina, has won eight fights in a row but mostly against pedestrian opposition. He will be fighting in the United States for the second time.

“I know Charlo is a great fighter, but I don’t feel like the underdog because I have confidence in my job … I came here prepared for a battle and I am on a course to be the winner. So if you guys consider me the underdog, I really don’t care.”

Heiland’s biggest victory came in November 2014, when he knocked out former longtime contender and former title challenger Matthew Macklin on his turf in Ireland, and he has long been on the verge of getting a title shot. Now he can land one with an upset victory.

“Well, I’m ready. I know it’s going to be a battle, but I’m here and ready for it,” Heiland said through an interpreter. “During those two years that I was [ranked] No. 1 in the WBC rankings, I went through a lot of things, really a lot of things. But I never quit. I never stopped training. So obviously for me this is a crucial point of my career and my personal life. It would be very important to beat a guy of the magnitude of Charlo.

“I know Charlo is a great fighter, but I don’t feel like the underdog because I have confidence in my job. I have my experience and I train. I have great training camp back home. And as I said before, I came here prepared for a battle and I am on a course to be the winner. So if you guys consider me the underdog, I really don’t care.”

Charlo might be the big favorite, but he insisted he is not looking at the fight that way.

“He’s seasoned. I mean, he’s a fighter that knows what he came here for,” Charlo said of Heiland. “He’s been fighting since 2007. He made it this far. For two years he’s been No.1 in the WBC [rankings]. I’m not taking him lightly at all. I mean, Heiland, he’s a good fighter. He’s strong. He comes to fight every time.”

Still, Charlo is highly confident in himself, as usual.

“I’m at the top of my game right now,” he said. “I’m actually more focused on beating Heiland than I’ve probably been. Moving forward at 160 pounds, I feel like this is where I should have been the whole time. So now the pressure is on me to look good and perform good at my highest performance and give the fans what they need to see, so I can continue to reign.