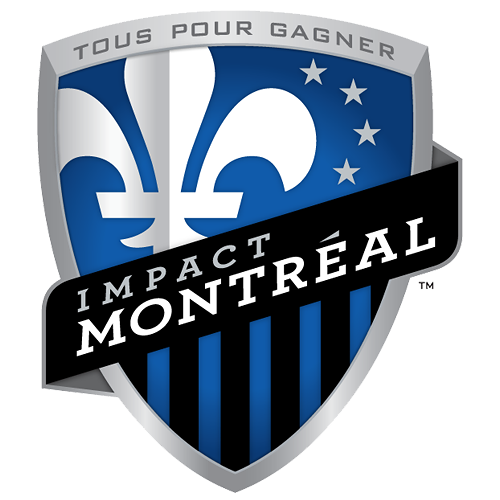 NEW YORK — Former junior middleweight world titleholder Jermall Charlo was dominant during his time at 154 pounds, and now he looks like it could be more of the same at middleweight.

Charlo moved up to 160 pounds and crushed Jorge Sebastian Heiland with ease, knocking out his hobbled opponent in the fourth round of a world title elimination fight on the Adrien Broner-Mikey Garcia undercard on Saturday night at Barclays Center in Brooklyn.

Charlo, who gave up his junior middleweight belt following his knockout of Julian “J Rock” Williams in December to move up in weight, had a huge second round.

He rocked Heiland repeatedly with clean right hands and knocked him down with one. But even before the knockdown, Heiland looked unsteady on his legs, and he appeared to limp on a left knee he hurt in the opening round. But Heiland continued on and took a shellacking from Charlo through the rest of the second round. After the round, the ringside doctor examined Heiland’s left leg, but Heiland insisted it was OK.

“Sometimes the injury can be a decoy — you never want to just jump in and think it’s part of his game plan,” Charlo said. “My coach told me to stay behind my jab like I did; continue to work and it’s going to come.”

Charlo, who defended his junior middleweight crown three times, continued to do as he pleased and in the fourth round landed another right hand. Heiland went down, sprawling to the mat. He beat the count from referee Benjy Esteves but then nearly fell over and Esteves waved off the mismatch at 2 minutes, 13 seconds.

With the victory, Charlo (26-0, 20 KOs), 27, of Houston, became the mandatory challenger for unified world champion Gennady Golovkin, though that potential fight is a ways off, especially with Golovkin facing Canelo Alvarez first on Sept. 16 in Las Vegas.

Heiland (29-5-2, 16 KOs), a 30-year-old southpaw from Argentina fighting in the United States for the second time, saw an eight-fight winning streak, mostly against pedestrian opposition, come to an end.

“I turned my left knee in the first round, but I did not want to give up,” Heiland said. “I tried to give it my all, but it was not my night. I had bad luck, but I am going to work harder than ever to get back and get another opportunity to achieve my dream and win a world title.”

Rising Brooklyn heavyweight contender Jarrell “Big Baby” Miller, who wore the words “War” on the front of his trunks and “Destroy” on the back, passed by far the biggest test of his career as he beat down former heavyweight title challenger Gerald Washington for an impressive eighth-round knockout.

Miller, 28, laid a two-handed beating on Washington for most of the fight, and as soon as the eighth round ended, Washington’s corner threw in the towel.

Miller was fighting for the first time in 11 months, since settling a dispute with promoter Dmitry Salita.

“I definitely felt the ring rust,” Miller said. “Gerald was very tough. It was a very good fight that had me thinking. My power was there, but I couldn’t put it together the way I wanted to. I took the hard way back coming in off of a layoff. Gerald definitely pushed me and motivated me. I had to rely on my brain and my power.”

The loss was the second in a row for Washington, 35, of Vallejo, California, who also lost by fifth-round knockout challenging world titleholder Deontay Wilder on Feb. 25.

Washington dominated the first round with his jab against an inactive Miller (19-0-1, 17 KOs), but Miller got going in the second round. He began to let his hands go and landed several solid right hands and body shots to make Washington back up.

They kept a fast pace, especially for big guys — Miller was 298.8 pounds and Washington 248 — but Miller was especially liberal with letting his hands go.

Washington (18-2-1, 12 KOs) had a big first half of the sixth round, rocking Miller with a series of right hands that buckled him and had him in a bit of trouble and his left eye swelling, but Miller rebounded and finished the round strong when he backed Washington up with a series of clean shots from a two-handed attack.

At the start of the seventh round, the ringside doctor examined Washington, who continued to take abuse from Miller, whose future is bright.

“‘Big Baby’ continued to advance,” said Showtime Sports general manager Stephen Espinoza. “He talks a big game and he backs it up. It’s a good measuring stick win, and we’ll probably see him on ‘Showtime Championship Boxing’ in the near future.”

With the victory, Warren moved a step closer to a mandatory shot against world titleholder Jerwin Ancajas (27-1-1, 18 KOs) of the Philippines.

“I would give myself a B+ for that performance,” Warren said. “I wanted to make sure to use my jab, and I felt like it really helped me win the fight. I feel really good at this weight. Now it’s time for me to go get a strap. I haven’t been at this weight since the Olympics. I want to get these titles and then go down to 112 pounds for another title. First I want to take care of Jerwin Ancajas.”

Warren opened a small cut over fellow southpaw Arroyo’s right eye in an effective second round and continued to land leather on him with combinations in the third round. He also rocked Arroyo late in the round with a clean right hook to the chin.

By the eighth round, Arroyo, 31, who was a 2008 Puerto Rican Olympian, had a big black-and-blue bruise under his right eye from eating so many punches. Warren continued to dig in against Arroyo in the ninth round, landing combinations to the head and body. Arroyo is tough and Warren does not have much pop, but Warren landed numerous clean punches. He was particularly effective going to Arroyo’s body with his left hand.