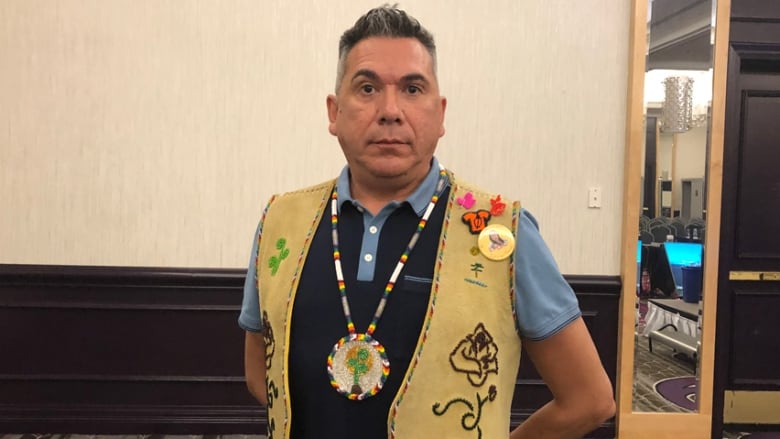 The six chiefs of the Wolastoqey Nation in New Brunswick have renewed their call for an Indigenous-led inquiry into systemic racism, saying this week’s coroner’s inquest into the police shooting death of Chantel Moore during a wellness check in Edmundston has demonstrated the “urgent need.”

On Thursday, following four days of testimony in Fredericton, the inquest jury concluded that the death of the 26-year-old  Tla-o-qui-aht First Nation woman in 2020 was a homicide.

The jury recommended, among other things, that a single body oversee use-of-force incidents in New Brunswick, and that police take steps to improve their relationship with First Nations, such as cultural sensitivity training or appointing a First Nation community liaison.

The jury’s finding and recommendations “do not address the serious nature of the tragedy, or the systemic issues embedded in the justice system,” the chiefs said in a news release.

“This reflects a failure by the Blaine Higgs government to address the root cause of Chantel Moore’s death, and tragedies like it.”

The chiefs have called for an Indigenous-led inquiry for two years — since Moore’s death on June 4, 2020, and the police shooting death of Rodney Levi of Metepenagiag First Nation about a week later.

“Unlike a government commission or a coroner’s inquest, an inquiry would compel government departments and agencies to provide witnesses, testimony, and any documents necessary to fully investigate systemic racism,” Chief Gabriel Atwin of Pilick (Kingsclear First Nation) said in a statement.

The chiefs contend there are “deep-rooted, fundamental problems related to racism against Indigenous people” and are calling on the province’s systemic racism commissioner, Manju Varma, to publicly recommend an inquiry.

Although they have declined to participate in Varma’s ongoing review of racism against Indigenous people, immigrants and people of colour in New Brunswick, calling her mandate “impossibly broad,” the chiefs were encouraged to see her and her team attend the inquest, said Chief Tim Paul of Wotstak (Woodstock First Nation).

“Now we ask: Is what she has seen this week enough for her to join our call?”

‘No justice, no peace’

Chief Allan Polchies Jr., of Sitansisk (St. Mary’s First Nation) in Fredericton, who commended the “strength and perseverance” of Moore’s family in their pursuit of justice, said he agrees with Moore’s mother, Martha Martin, that “bold change is necessary.”

Systemic racism in the province is real, he told reporters after the inquest.

“We need action, we need justice. … No justice, no peace.”

It’s up to the provincial government whether to order an inquiry, said Polchies, but it’s up to citizens to demand one.

“New Brunswickers give them the voice to carry our voices, to carry the voices of the children that don’t have a voice … like Chantel,” he said.

“So I tell all New Brunswickers to keep your MLAs and Premier [Blaine] Higgs … accountable. Let’s give dignity.”

Chief Ross Perley of Neqotkuk (Tobique First Nation) has long argued an inquiry is the only way to “deliver a credible and independent process that can lead to a justice system in which we can have faith.”

Nothing he saw this week changed his mind, he said.

“This traumatic inquest, which the Moore family attended faithfully, didn’t give them standing to participate. It has no power to get at the root causes of failures in the justice system that continue to leave our community members at risk.”

In addition, the chiefs have “no faith” that recommendations made by the inquest jury — or by the commission into systemic racism — will “receive due care or attention from the Higgs government.”

Chief Patricia Bernard of Matawaskiye (Madawaska First Nation), questioned whether any of the any of the recommendations from last October’s inquest into Levi’s death have been acted on.

“How could any fair-minded observer believe this inquest or the ongoing commission will bring change that reduces the risk our community faces during interactions with police?”

Higgs has refused to order an independent inquiry into systemic racism against Indigenous people in the justice system, saying there are already many recommendations to address the issue, and they just need to be implemented.

Varma’s report is scheduled to be submitted to government in October and is expected to include recommendations to address systemic racism in areas such as health care, education, social development, housing, employment and criminal justice.