Chance the Rapper rejects thank you from Trump, clarifies his tweet supporting Kanye 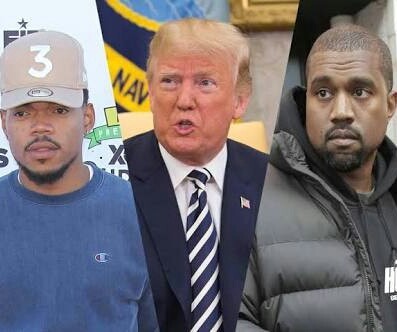 Chance the Rapper rejects thank you from Trump, clarifies his tweet supporting Kanye

Chance the Rapper has refused to align with Kanye West and Donald Trump, even though he tweeted his support for Kanye.

Chance explained that he supported Kanye West for saying he loves Trump only because Kanye is “family” and not because he agrees with his views. 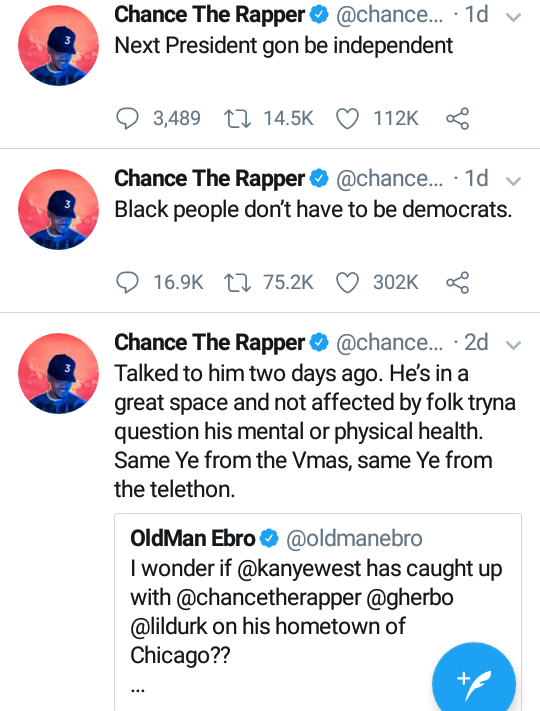 Trump’s tweet on Friday morning reads: “Kanye West has performed a great service to the Black Community – Big things are happening and eyes are being opened for the first time in Decades – Legacy Stuff! Thank you also to Chance and Dr. Darrell Scott, they really get it (lowest Black & Hispanic unemployment in history).” 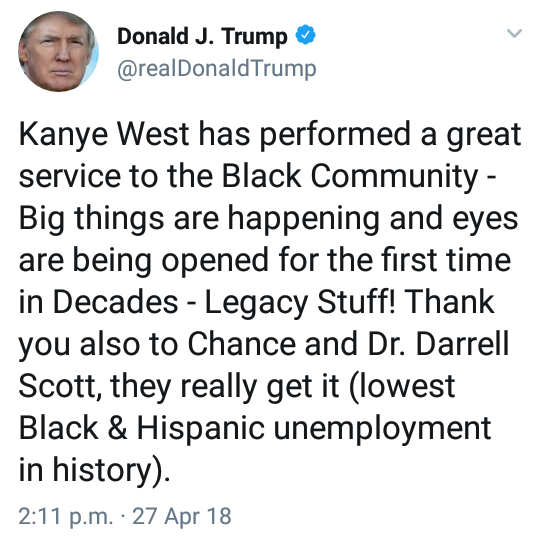 Chance was already facing backlash from his fans for tweeting, “Black people don’t have to be democrats,” on Wednesday in an apparent defense of Kanye. So when Trump included him in his “thank you” tweet, he was quick to reject it. 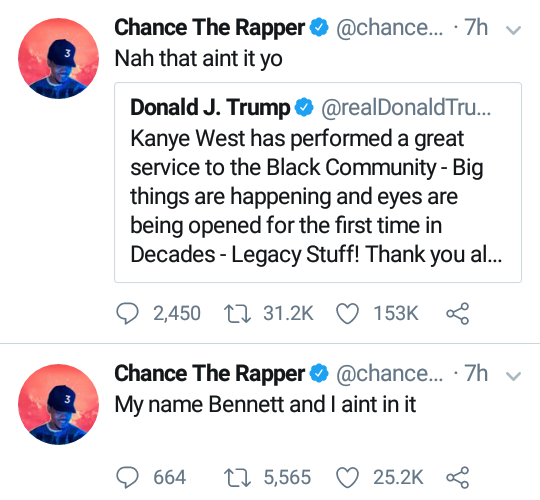 In reply, he tweeted on Friday: “I’d never support anyone who has made a career out of hatred, racism and discrimination.”

He also explained that his statement about black people not having to be Democrats was not a reference to West’s support of Trump, but stems from “a personal issue with the fact that Chicago has had generations of democratic officials with no investment or regard for black schools, neighborhood or black lives.” 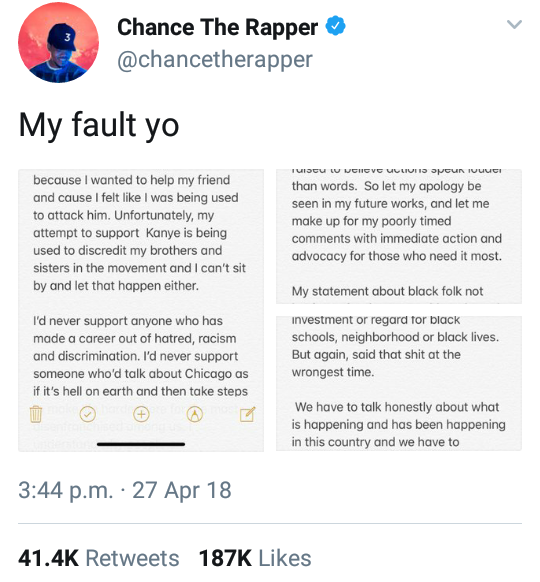 Read his explanation below.