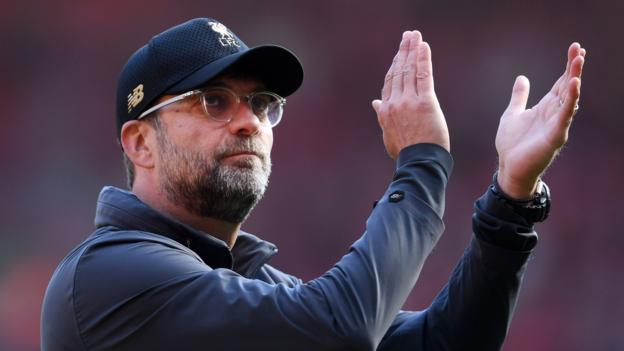 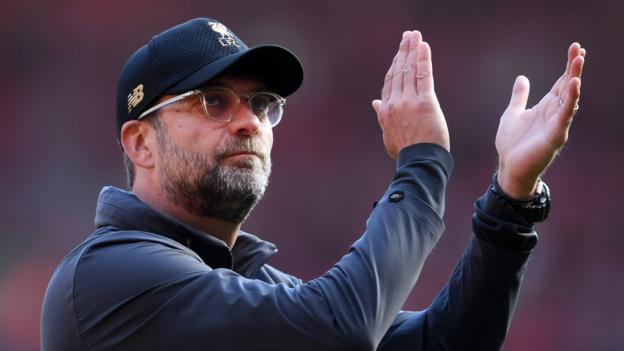 Liverpool manager Jurgen Klopp says he has never had a better team for a final as they prepare to face Tottenham in the Champions League final on Saturday.

He said he is “pretty sure” forward Roberto Firmino will be available after a thigh injury, with midfielder Naby Keita likely to be the only absentee.

“I have never been part of a final with a better team than this,” Klopp said.

“I am not so surprised by this because our boys mix our potential with attitude in the best way I have witnessed.

“I don’t like to blame my other teams. I love them all. They all gave everything.”

German Klopp has lost his previous six finals, including his last three in Europe, and is yet to win silverware after three attempts with Liverpool.

Liverpool were beaten 3-1 by Sevilla in the 2016 Europa League final under Klopp, three months after losing to Manchester City on penalties in the League Cup final.

“I remember standing in the queue at Kiev airport after the final in our tracksuits with our heads down and everyone was disappointed,” said Klopp.

“There were a lot of different emotions but the plan was we come again; we will be there again.”

Liverpool overturned a 3-0 first-leg deficit to beat Barcelona 4-3 on aggregate to reach the Champions League final in Madrid.

“In the five, six days between Barcelona and Barcelona, nobody believed more than the team themselves,” Klopp said.

“That is why we are here. It is a sensational situation. We wanted it really desperately.”

‘Winning would be different’

Klopp said winning the Champions League would be the pinnacle of his career, topping his achievement in guiding Mainz into the Bundesliga in his first managerial role.

“If I win it, yes. It would be different to the last finals,” Klopp said.

“To bring the team to the Champions League final is the biggest moment in my career? No, that was 2004, getting promoted with Mainz.

“If you had known the money we had, the circumstances we had, nobody needed us in the first league.

“If I win the Champions League, though, I will have to think about this question again.”