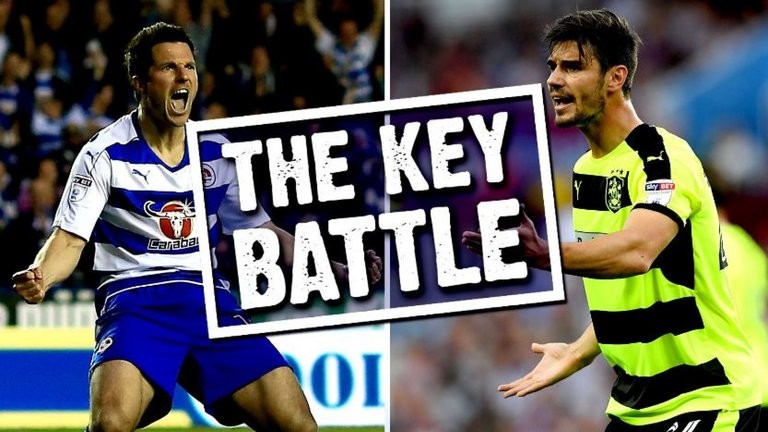 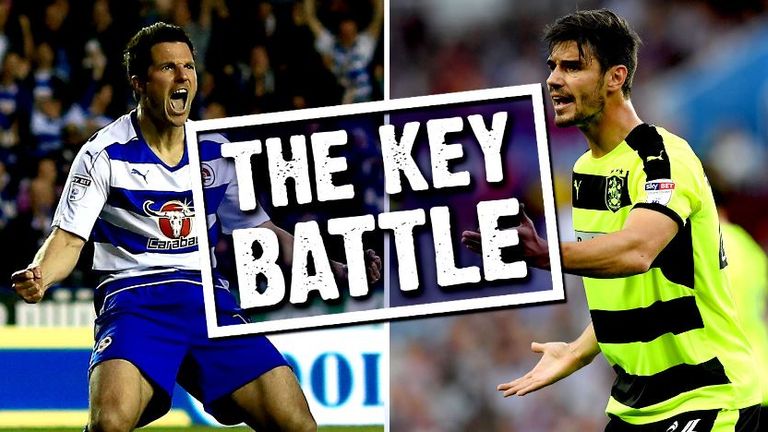 Reading and Huddersfield meet at Wembley in the Championship play-off final on Monday, with up to £290m of Premier League revenue awaiting the winner.

Leading Reading’s charge will be their talismanic striker, Yann Kermorgant, and his ability to outwit Huddersfield’s Christopher Schindler will be central to this fixture.

Aside from a disrupted season last year, the Frenchman’s steadily defied the expected curve of veteran strikers, improving his goal return year after year. The 35-year-old finished this season on 18 Championship goals, a career-best return in England and a tally bettered by just five other players in the division.

More importantly for Reading, though, has been Kermorgant’s ability to find form in the home straight of the season. Back in April, his side’s play-off finish wasn’t assured, with Fulham relentlessly chasing down the Championship’s top six.

Leeds, the side to eventually be overhauled, sat above Reading at the time, and Kermorgant’s nine goals in his side’s final nine games won a crucial six extra points to keep his side in the hunt.

Reading have forged a short-passing, possession-accumulating reputation under Jaap Stam, though it’s the variety in their approach that makes them so effective, and this has a lot to do with their striker.

A typical phase of play will see possession kept in Reading’s own third, as they draw opponents forward, before a long ball is launched towards Kermorgant. The Royals’ average 90 long balls per game this season, which leads the Championship, and is largely due to the Frenchman’s ability in the air.

Among Championship strikers, only two have won more aerial duels than Kermorgant, but more telling is the Frenchman’s significantly higher success rate than other leading target men. More often than not, he’s converting these long balls into possession for his side in dangerous areas.

Additionally, only one striker has fired in more headed shots than the Frenchman this season, highlighting the considerable aerial threat Huddersfield must prepare for on Monday.

Looking to nullify this attacking platform will be Schindler. The German centre-back has been a mainstay at the heart of Huddersfield’s defence this season, playing more Championship minutes than any other team-mate.

Over the Championship season, Schindler’s predictably accumulated more defensive actions than any of his team-mates, leading the way in clearances (296), interceptions (86) and blocks (21), as one might expect. The stats that illustrate his importance to Huddersfield far better, though, are his averages in these categories per 90 minutes.

Combining his tackles, interceptions, clearances and blocks, Schindler ranks as his side’s busiest defender by some margin, and this is the nagging, combative approach he will need to disrupt Kermorgant’s game at Wembley. If he can, Reading will find it difficult to gain sustained possession in advanced areas, reducing their attacking threat.

Schindler can also revisit both previous encounters against Reading this season, in which Kermorgant failed to record a single shot on target, and managed just one headed shot. Were such limited contributions repeated at Wembley, Schindler would have done his job and provided Huddersfield with a far greater chance of sealing a return to the top flight.