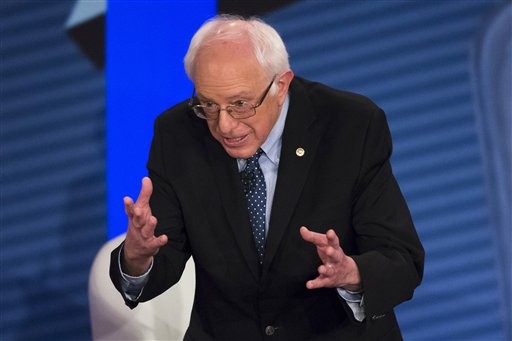 The high-profile stars of the Democratic Party’s populist wing have steered the agenda their way on Capitol Hill this year, but the fight over the party’s direction is far from settled.

As the party faces great expectations of big gains in the 2018 midterms, Democratic centrists are increasingly worried that the disproportionate share of attention shown to Sen. Bernie Sanders (I-Vt.) and the agenda pushed by his anti-establishment allies will do more harm than good.

That direction, the thinking goes, will energize liberals in places that Democrats are already winning by big margins. But it might drive away the voters needed to win inland races that will shape the House majority and determine which governors and state legislators are in charge of redrawing federal and state legislative districts early next decade.

Leaders of the group want to focus on rebuilding in states where, during the Obama presidency, Democrats lost nearly 1,000 legislative seats and more than a dozen governor’s mansions.

“Our most important work will be done outside of Washington,” Will Marshall, founder of New Democracy, said in an interview.

The effort is publicly being labeled as “supplemental” to the emerging agenda being crafted on Capitol Hill, including the highly populist “Better Deal” proposal touted by party leaders in the House and Senate last month. But the new group’s leaders do not see that agenda, including a push for lower prescription-drug prices, as particularly helpful to Democrats in exurban districts or key Midwestern states where President Trump won last year.

“That is an accurate reflection of many Democrats who represent deep blue districts. But it has limited appeal beyond the coasts,” Marshall said.

To be sure, Senate Minority Leader Charles E. Schumer (D-N.Y.) and House Minority Leader Nancy Pelosi (D-Calif.) have been trying to offer the sort of economic agenda items that can appeal to voters in Iowa as well as California, targeted at working class voters who abandoned Democrats for Trump.

But some centrists fear this populist message will get tuned out by heartland voters if it is accompanied by the party’s increasing embrace of staunch liberal positions on cultural matters, from abortion rights to transgender issues.

Marshall helped launch similar efforts as Democrats lost three straight presidential elections in the 1980s, under the auspices of the Democratic Leadership Council and its offshoot, the Progressive Policy Institute.

Back then, operating under the New Democrat banner, the centrists helped create the ideas behind the 1992 presidential campaign of Bill Clinton, who became the first two-term Democrat in the White House since FDR.

The two Democratic wings could be headed for a fierce clash over what the party needs to stand for in the wake of the stunning 2016 defeat. Sanders, Sen. Elizabeth Warren (D-Mass.) and other liberals have been making gains in getting congressional Democrats to support ideas such as a $15-an-hour minimum wage, some form of free college and demanding a full-frontal assault on big banks and big corporations.

So far, however, the minimum wage and college plans pushed by Sanders have not been in the “Better Deal.” Senior Democratic advisers say that their effort has been to embrace economic populism without focusing on less politically popular liberal ideas.

The early portions of the “Better Deal” agenda tilt in the populist direction, with calls for stronger antitrust regulations and its tough talk on trade deals. Their belief is that white, working-class voters — millions of whom voted for Barack Obama but then switched to Trump — felt left behind in an economy with fewer manufacturing plants and those jobs went offshore or disappeared through automation.

Marshall and other Democrats fear that the populist tone is built around a negative message of casting blame and lacks the optimistic tones around which Bill Clinton and Barack Obama built their successful presidential bids.

Combine that negative tone with what critics say is a cultural elitism among urban liberals on social issues, and the centrist wing feels that voters in the heartland simply do not embrace the Democratic message anymore.

“The party’s gotten a little too comfortable with its urban and coastal strongholds,” Marshall said.

New Democracy’s mission statement is even more blunt, warning that both parties have engaged in “a civically corrosive form of identity politics” and Democrats should “avoid vilifying people whose social views aren’t as ‘progressive’ as we think they should be.”

“For many working class and rural voters, the party’s message seems freighted with elite condescension for traditional values (especially faith) and lifestyles,” the group says.

The first big public event for New Democracy will come at an October summit hosted by Vilsack, who grew increasingly disenchanted last year with what he felt was the Clinton campaign’s unwillingness to court rural voters.

In the 2008 elections, Obama won the Hawkeye State by nearly 10 percentage points, giving Iowa Democrats a 32-to-18 edge in the state Senate and a 56-to-44 edge in the state House. The governor, Chet Culver, was a Democrat. Four of the state’s seven members of Congress were Democrats.

That kind of shift happened across many states far away from the Atlantic and Pacific coasts over the past eight years.

It remains to be seen how much efforts like New Democracy really will supplement the party’s efforts to reach new voters — and how much of this turns into a deep fight with the liberal wing.

New Democracy is reserving the right to wade into primaries to support moderate candidates, which could foreshadow the type of expensive primary battles Republicans have had the past eight years.

“Obama’s success has masked the narrowing of the party’s appeal,” Marshall said, fearing that Democrats are not reaching beyond liberal elites. “Dogma seems to be in the driver’s seat.”