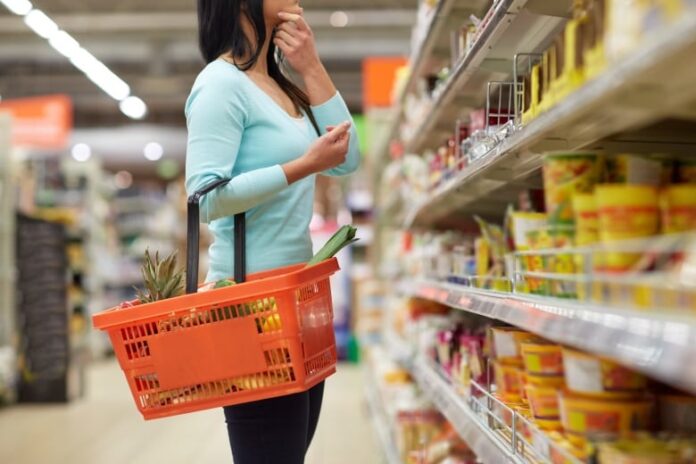 Do you remember way back when central bankers were telling us that inflation was “transitory?”

Both the Bank of Canada’s Tiff Macklem and Jerome Powell at the Federal Reserve used all their official authority and confidence to assure us at the start of the pandemic that prices, while rising faster than the two had hoped, would soon stop rising and inflation would go away all on its own. Rate hikes were not needed.

Well, as Macklem makes his final rate announcement of the year on Wednesday, amidst a warning of grocery prices rising by $1,000 and mortgage holders facing “trigger rates” to cover rising interest costs, it seems inconceivable that central bankers reversed that “transitory” stance only one year ago.

Maybe one of the hardest parts of being a central banker is knowing that whatever you do might be wrong, but you still have to make a strong case for your actions to assure everyone you’ve got things under control. And with experts split on what the future holds today, there’s always plenty of room for error.

Nouriel Roubini, who foresaw the 2008 recession, is predicting high rates will cause another recession that will combine the worst of the 1970s and 2000s. The hedge fund Elliot is predicting rates that are too low will cause hyperinflation leading to a “major societal collapse.”

Neither of those options sound great.

While Canadian forecasts are not as extreme, those behind them are also divided on whether inflation or recession will be the biggest misery for homeowners and wage-earners.

Only weeks ago it felt like central bankers were tiptoeing to a crest in interest rates, ready to sit back and congratulate themselves on a job well done. Some economists are still sticking with the idea that the Bank of Canada will add another quarter per cent — 25 basis points in banker’s language — to rates and then take a long break.

But others aren’t so sure.

“BMO is calling for a 50 [basis points] hike, with another 25 [basis points] expected in January,” wrote Benjamin Reitzes in BMO’s weekly financial digest last week. “That would put the policy rate at 4.5 per cent in early 2023, with risks skewed to an even higher terminal rate.”

And as the Conference Board of Canada economic modelling on stagflation — slow economic growth combined with high inflation — showed, it is by no means just high interest rates that damage an economy.

“The model results remind us of how devastating inflation can be to the real side of the economy as buying power is quickly eroded,” the report suggests.

And though the views of economic oracles are usually quickly forgotten, when it comes to central bank projections, critics have long memories.

Low for a long time

An apology last week from Australia’s central bank governor, Philip Lowe, for telling borrowers — around the same time as Macklem’s announcement — that rates would not rise till 2024 has prompted calls for Canada’s central banker to make an apology of his own.

In a world economy awash with uncertainty, comments from central bankers are often taken as a stable anchor point.

But anyone who actually takes time to take another listen to those statements through the years, all preserved on the Bank of Canada’s website back to 1995, knows the bank doesn’t have a secret way of seeing the future.

Instead, all central bankers can do is look back and think about why they got it wrong, as deputy governor Paul Beaudry tried to do in a recent lecture at the University of Waterloo. Essentially, the decision not to raise rates in 2021 was guided by the post-2008 recession when central banks raised rates too soon.

“With hindsight when people look back at that period, it’s generally thought maybe [they] might have pulled things back too quickly, so that coloured some of our thinking as we went into this type of crisis,” said Beaudry in September.

“You can’t just take one rule from one of the crises and apply it to another one,” he said.

Of course that is the wisdom of hindsight too, because how else can central bankers guess at the future without taking examples from the past?

Central banks and governments are repeatedly criticized now for pouring money into the economy and cutting borrowing costs after the COVID-19 economic collapse, actions that critics say contributed to today’s inflation. But while our central bankers kept a stiff upper lip at the start of the pandemic, at a meeting with students last month, senior deputy governor Carolyn Rogers offered a very different behind-the-scenes view.

“I mean, people were scared and there wasn’t, at that time, a vaccine,” said Rogers, recalling the moment when jobs disappeared, the economy declined and stock markets collapsed. “There was no prospect of when the economy would reopen.

“And I mean we had private sector people in the room and there wasn’t a lot of debate,” Rogers said. “I think we did what we needed to do at the time.”

We can’t know what would have happened if central banks had merely assumed that the post-COVID crash would go away on its own, but even in hindsight that decision, and the promise to keep rates low, seem like good ones if you thought we could be heading into the next Great Depression.

Maybe in six months or a year, we will have a much better idea if the Bank of Canada got it right.