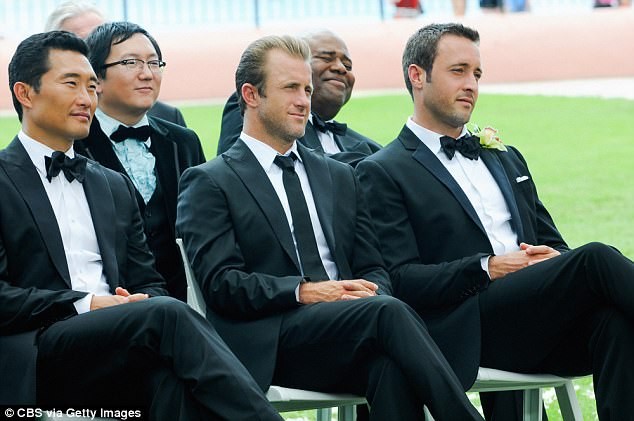 After CBS announced the two original cast members would be departing ahead of the upcoming season eight, reports surfaced it was over a failed contract renegotiation with the actors attempting to reach salary equality with costars Scott Caan and Alex O’Loughlin. Kim addressed the issue with a Facebook post.

“I will not be returning to Hawaii Five-0 when production starts next week. Though I made myself available to come back, CBS and I weren’t able to agree to terms on a new contract, so I made the difficult choice not to continue,” Kim said in a detailed Facebook post.

Kim thanked fans and producers on the show and said he will miss his character, Chin Ho Kelly, because “as an Asian American actor, I know first-hand how difficult it is to find opportunities at all, let alone play a well developed, three dimensional character like Chin Ho.”

“I’ll end by saying that though transitions can be difficult, I encourage us all to look beyond the disappointment of this moment to the bigger picture. The path to equality is rarely easy,” he said.

CBS responded to Kim’s post and the reports in a new statement.

“Daniel and Grace have been important and valued members of Hawaii Five-0 for seven seasons,” the network said in a statement. “We did not want to lose them and tried very hard to keep them with offers for large and significant salary increases. While we could not reach an agreement, we part ways with tremendous respect for their talents on screen, as well as their roles as ambassadors for the show off screen, and with hopes to work with them again in the near future.”

At the time their exits were announced, both CBS and showrunner Peter M. Lenkov praised Kim and Park.

“I will never forget meeting Daniel while still writing the pilot and being certain there was no other actor who I’d want to play Chin Ho Kelly,” Lenkov said in a statement when the exits were announced. “Needless to say, Daniel has been an instrumental part of the success of Hawaii Five-0 over the past seven seasons and it has personally been a privilege to know him. Grace’s presence gave Hawaii Five-0 a beauty and serenity to each episode. She was the consummate collaborator, helping build her character from Day 1. They will always be ohana to us, we will miss them and we wish them both all the best.”

Next up for Kim is ABC’s The Good Doctor where he’s an executive producer. Park will reunite with her Battlestar Galactica costars at Comic-Con this summer.

Hawaii Five-0 returns to CBS on Friday, Sept. 29 at 9 p.m. on CBS. The whereabouts of the departed characters will be revealed then.