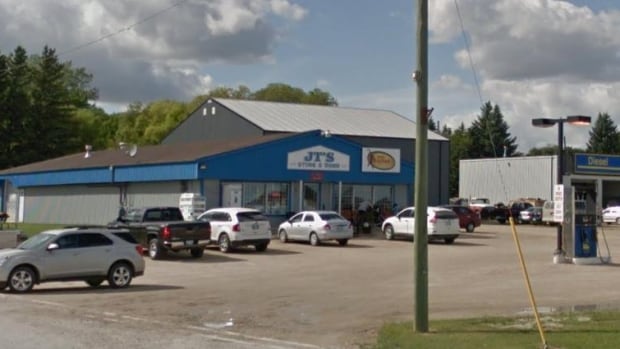 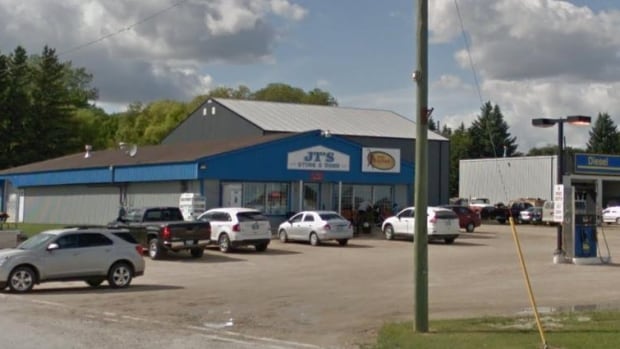 Two people who travelled out of Manitoba, came into contact with a known case of COVID-19 and did not self-isolate for two weeks upon their return could face fines for disobeying public health orders.

Last Friday evening, the province released information about two new cases of COVID-19: a man and woman both in their 50s from the Southern health region. One of them had also visited JT’s Store and Diner on Penner Drive in Blumenort, Man., around 6 p.m. on June 10 while experiencing symptoms.

On Monday, Chief Provincial Public Health Officer Dr. Brent Roussin confirmed that the couple had travelled to Alberta and to the U.S. While in Alberta, they came in contact with a known positive case of COVID-19.

“It’s a very, very unfortunate circumstance when we have people that travel out of the area and are getting exposed and then come home and don’t take the precautions that are dictated basically by the law and don’t self-isolate,” said Bob Brandt, the deputy reeve of the rural municipality of Hanover, which includes Blumenort, about 50 kilometres southeast of Winnipeg.

“It’s a little disconcerting, and I’m hoping that there aren’t any more cases like that.”

Roberto Hiebert, who owns JT’s Store and Diner, said the restaurant has been closed since March, and this recent announcement is another blow to his bottom line.

“These things make it a lot harder for our business,” he told CBC News.

Hiebert says he’s following Manitoba Health guidelines and ensuring the store is cleaned thoroughly. His employees are self-monitoring and haven’t developed any symptoms yet.

“We just have to trust our neighbours, and if they feel they may be showing symptoms, they should be following the protocols that are in place,” he said.

“But there’s nothing we can do to control that.”

Under Manitoba’s Public Health Act, people who disobey public health orders can be fined and even face jail time. This couple is no different.

“It appears that the self-isolation orders were not followed, so certainly there could be penalties imposed,” said Roussin.

WATCH | Penalties unlikely, but not off table: Dr. Brent Roussin:

Manitoba’s Chief Public Health Officer, Dr. Brent Roussin, suggested he isn’t for penalizing a pair who failed to self-isolate after coming in contact with a known positive COVID-19 case in Alberta. He also wouldn’t rule out penalties as a tool moving forward. 1:04

However, he said the government is taking an educational stance when it comes to the public health orders.

“Most Manitobans are knowing that we’re in this together, and things like stigma and fear isn’t what’s going to get us through it — it’s working together,” he said.

“We find, in public health, we’re much better able to help protect the health of Manitobans through co-operation with people than [by] levying fines.”

Enforcing public health orders during a pandemic isn’t one-size-fits-all, according to Kerry Bowman, a professor of bioethics in the faculty of medicine at the University of Toronto.

“I think in a pandemic we have to be a little more flexible, because there’s a lot of times where these things turn out to be misunderstandings or something and it could be in this case,” Bowman said.

“There’s a lot of cultural and even religious differences in how these things are perceived, and some of them go beyond just education.”

However, he said, in some cases, people refuse to listen to reason.

“There’s a small percentage of people that really don’t care what their behaviour is like for other people, and society has a right to be protected from that kind of behaviour, and it should be dealt with.”

Had to take action

Bowman says he hasn’t heard of any cases where people have willfully disobeyed rules and had to be charged during this pandemic, but it did happen during the SARS outbreak in 2003 when he was a health-care worker.

“We had a case back then where [officials] really did have to take some action, because the person was absolutely not willing to recognize any kind of threat,” Bowman said.

Brandt wouldn’t speak to enforcement of public health orders in his ward.

“That is something the province has to deal with. That’s all I can say to that,” he said.

Const. Paul Manaigre from the RCMP told CBC News no fines have been issued at this time.