Carpool Karaoke: Miley Cyrus Reflects on Her Hannah Montana Past and Plays “How High Were You?” 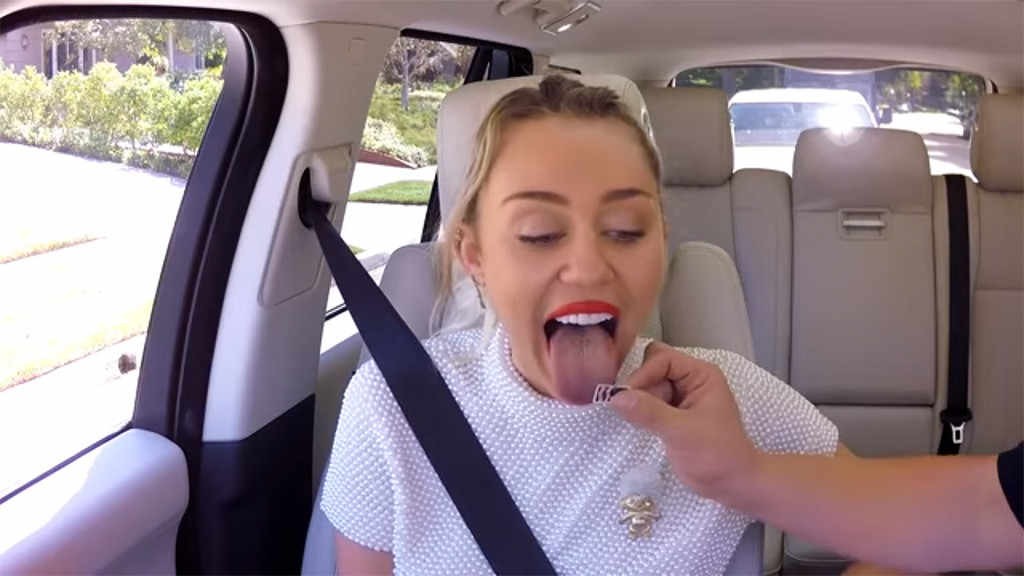 Party in the U.S.A. indeed!

Miley Cyrus finally took a seat next to James Corden in his trusty car tonight, and together, they created some beautiful harmonies on some of Miley’s biggest hits. They belted “We Can’t Stop,” “The Climb,” “Party in the U.S.A.,” “Younger Now,” “Wrecking Ball,” and “Malibu.”

But that car ride was about way more than singing, because Miley took a minute to reflect on her past, her driving skills, her crying skills, and how high on a scale of 1 to 10 she was at various times in her life.

For example, she was a zero during her infamous 2013 VMA performance (because she gets to scared to smoke before shows), and she wasn’t high but wished she was the first time she heard her Billy Ray Cyrus hit, “Achy Breaky Heart.”

Miley also revealed that she’s a terrible driver, and while on the set of The Voice, she once backed her car into some stairs on the sound trailer, breaking the sound trailer and shattering her back windshield, “but I didn’t tell anyone, I just left. So I did a hit and run.”

The next day, she went and told fellow coaches Adam Levine and Blake Shelton what she had done, only to then realize she was already mic’d and had just told on herself.

The singer also took a moment to reflect on those twerk-filled VMA performances, and says that they made her the activist she is today.

“I think there was something when I first, you know, kind of stopped doing Hannah Montana…saying, I’m not that, I want you to know who I really am, but I love that that was me and is me and is a part of me. And I think I’ve allowed that childhood self to shine through a little more because I’m not trying to run away from it, I’m trying to embrace it. I think that’s good for everybody should embrace who they used to be because it’s made you who you are  now.