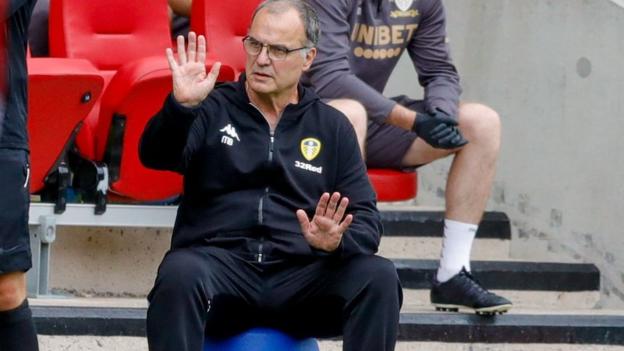 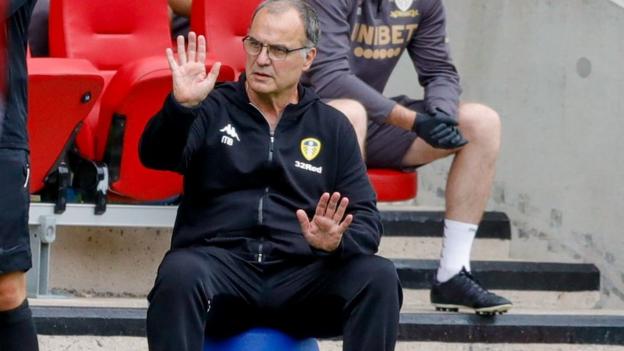 The Carabao Cup got under way last week with Portsmouth’s 3-0 win over Birmingham City, and 33 of the remaining 34 first-round ties take place on Tuesday.

BBC Sport takes a look at the stand-out games, including a bitter rivalry, a competition first-timer and a few cases of deja vu.

Of all of the first-round ties, this is probably the one that stood out most straight away.

Salford City, co-owned by six former Manchester United players, are making their debut in the competition against a team quite well-known for their lack of affinity for the red half of Manchester.

“Out of all of the teams in the draw, I don’t think we could have picked a bigger one to be honest,” Salford boss Graham Alexander told BBC Radio Manchester.

“I think the rivalry with the old United players does add a bit of spice to it as well. I think Gary Neville was straight on Twitter afterwards and it’s all part of the rivalry, the fun and the story of the game.

“On the day it’s about our players coming up against theirs. It’s an unbelievable test for our players.”

AFC Wimbledon were formed in 2002 by Wimbledon FC supporters who were upset by an independent commission’s decision to allow their club to move to Milton Keynes.

The old Wimbledon FC, nicknamed the Dons, relocated in September 2003 and subsequently changed their name to MK Dons in the summer of 2004.

You can imagine, then, that the two clubs are not the best of friends.

After the last meeting between the two at AFC Wimbledon’s Kingsmeadow home in 2017, the hosts were charged with a breach of EFL regulations after they referred to the away side as Milton Keynes or MK, and did not mention them on their programme cover.

Those charges were dropped following “initial positive dialogue” between the two clubs and, in a statement shortly after June’s first-round draw, the EFL said AFC Wimbledon will “meet a number of conditions set out by the league” for Tuesday’s fixture “while mediation continues” – including MK Dons’ full name appearing on material such as match tickets and programmes.

The two sides are both in League One this season, so this will be the first of a minimum of three games between them this campaign. Of their seven meetings so far, MK Dons have the advantage with four wins to AFC Wimbledon’s two.

As mentioned above, for some, Tuesday will see the first ever meeting between sides. For others, it will be an altogether far more familiar affair.

The Brewers, in just their ninth season in the Football League, battled through to the semi-finals with victories over Championship sides Aston Villa, Nottingham Forest and Middlesbrough and Premier League Burnley.

Sadly, there was to be no fairytale ending for the League One club as reality bit in the form of a 10-0 aggregate defeat by eventual winners Manchester City.

Nigel Clough’s men start their unlikely bid to go one step further with a trip to League Two Port Vale.

Sadly, one tie will not be going ahead this week. The ongoing uncertainty at Bury means their trip to Sheffield Wednesday has been suspended.

The Shakers have now seen their first three games of the season called off and have until 23 August to prove their financial viability or face expulsion from the EFL.