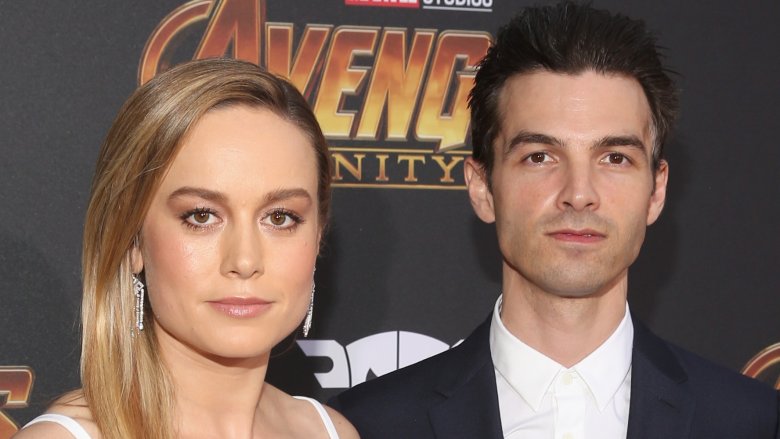 According to a People magazine report, published on Friday, Jan. 11, 2019, the award-winning actress and lead singer of the band Phantom Planet — who did the theme song for The O.C. — have officially called it quits on their nearly three-year engagement.

“They have taken a step back from their engagement for the time being but they remain close,” a source cited by the media outlet claimed.

At the time of this writing, neither Larson nor Greenwald have publicly commented on their reported split. However, this isn’t necessarily surprising given the notoriously private pair’s tendency to keep their longtime romance largely under wraps.

As Nicki Swift previously reported, Larson, 29, and Greenwald, 39, were first romantically linked in 2013 and quietly got engaged three years later. Around that time, the Room star notably thanked her then-beau during her Oscars acceptance speech. While attending the Screen Actors Guild Awards in 2016, she also told Entertainment Tonight, “He’s the other half of the equation — how can you explain support? I mean, it goes beyond anything. He’s just my person, he’s my best friend.”

Greenwald last appeared on Larson’s Instagram feed in November 2018. While sharing a Polaroid snapshot of the two, she quoted 19th century English poet Charlotte Brontë to her 1.7 million followers, writing, “Happiness quite unshared can scarcely be called happiness; it has no taste.”

Unfortunately, these two aren’t the only celebs to break up following the New Year. Just last week, Amazon CEO Jeff Bezos announced his divorce from his wife of 25 years, author MacKenzie Bezos (née Tuttle). The former couple, who share four children together, released a joint statement on the matter at the time. “As our family and close friends know, after a long period of loving exploration and trial separation, we have decided to divorce and continue our shared lives with friends,” their statement read in part. “We feel incredibly lucky to have found each other and deeply grateful for every one of the years we have been married to each other.”

However, reports that Bezos, 54, had already moved on with an alleged mistress, Lauren Sanchez, surfaced the following day, after the two had been spotted together at a Golden Globes after party on Sunday, Jan. 6, 2019. To further complicate these rumors, Radar Online noted that Sanchez, 49, is the wife of William Morris Endeavor talent agent Patrick Whitesell.