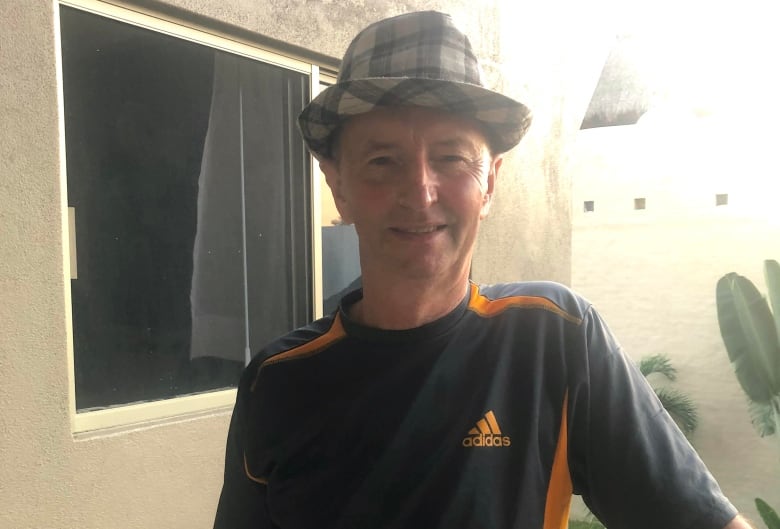 Despite Canada’s advisory not to travel abroad during the pandemic, snowbirds have been able to easily book flights and head south.

But now those snowbirds face major hurdles returning home, thanks to tough new travel measures announced by the federal government on Friday. Soon, air passengers will be required to take a COVID-19 test upon arrival and spend up to three days of their 14-day quarantine in a designated hotel — which could cost them upwards of $2,000.

Other snowbirds agree, which is why some of them are attempting to find ways around the rules — either by prolonging their stay or attempting to rush home before the new measures kick-in.

Canadian snowbird Joe Lynn of Milton, Ont., is hoping to beat the clock.

He and his wife had planned to stay at their rented condo in Barra de Navidad, a small town on the western coast of Mexcio, until the end of March. But a day after learning about the coming travel rules, they booked a flight home for Wednesday.

“Four-thousand dollars is a lot of money, and who knows if it stops there? Is it $4,000 plus HST?” Lynn, 68, said about the hotel fee, which he calculated for two people. “I’m on a pension.”

Adding to Lynn’s sense of urgency is the prospect of dwindling flights. Prompted by the government, Canada’s major airlines have cancelled all flights to Mexico and the Caribbean beginning Sunday through to April 30.

Although he managed to book a flight home with a Mexican airline, Lynn is still unsure if he’s in the clear, as he doesn’t know when the hotel quarantine rule will take effect. The federal government only offered a vague timeline on Friday, stating that the rule will be implemented “as soon as possible in the coming weeks.”

“No idea what’s going to happen. … They could put me straight into a hotel” after arriving in Canada, said Lynn.

But Lynn feels it’s unfair to impose those rules on travellers who left the country before they were announced. He argues that the added hotel stay should apply only to people who choose to travel abroad now and are aware of the repercussions.

“Why not just pick a date and say, ‘These are the rules from this date?'” Lynn said. “If you want to go out and you want to come back and pay two grand or more, at least you know in advance.”

Should I stay or should I go?

Not all snowbirds are rushing home. Some instead plan to extend their stay at their sun destination, in hopes that the new travel rules will be lifted by the time they return to Canada. Typically, Canadian snowbirds can spend about six months abroad without facing repercussions, such as losing their provincial health coverage.

Travel insurance broker Martin Firestone said the majority of his snowbird clients who travelled to the U.S. Sunbelt this winter have contacted him to extend their medical insurance so they can stay longer at their destination.

“They have no desire to stay in a Motel 6 for three days at $2,000 per person,” said Firestone, of Travel Secure in Toronto. “Their attitude was, ‘Wouldn’t it be wiser to stay down and walk on the beach?'”

That’s the attitude of Canadian snowbird Claudine Durand, who’s spending the winter with her husband in Fort Lauderdale, Fla. They came to Florida in December and shipped their RV across the border with plans to drive it home at the end of March.

Ottawa isn’t banning non-essential travel; it’s making it as inconvenient and expensive as possible. Now, in addition to existing requirements, returning travellers will need to quarantine in a hotel for three days at their own expense, at a likely cost of at least $2,000. 2:33

At this point, it’s unclear if the federal government will also impose a hotel stay for travellers entering Canada by land.

But if it does, Durand said she and her husband will remain in Florida for as long as they can, in the hopes of avoiding the hotel fee.

“Two-thousand dollars per person in a hotel room? I’ll pay that to stay in Florida for an extra month.”

Canadian snowbird Derek Houghton of Ottawa has a similar plan. He and his wife, Susan, are scheduled to fly home in March for medical appointments and then return to their winter home in Sarasota, Fla.

But now that the couple face a looming hotel bill among other travel measures, they’ve decided to remain in Florida for now.

“That’s too big a hill to climb,” said Houghton, who’s set to return home for good in April. But if the hotel rule is still in place by then, he said he can extend his trip by another month, in the hopes that he’s in the clear by then.

“It’s like being confined in paradise for an extra month.”

Houghton said he also hopes that Canada’s strict travel restrictions will be lifted at an earlier date for someone like him, who already received the COVID-19 vaccine in Florida.

“People like us who have a vaccination certificate from the [U.S. Centers for Disease Control and Prevention], why wouldn’t we get a break on some of these onerous regulations?”

Currently, travellers who have been vaccinated abroad are still subject to Canada’s quarantine rules.