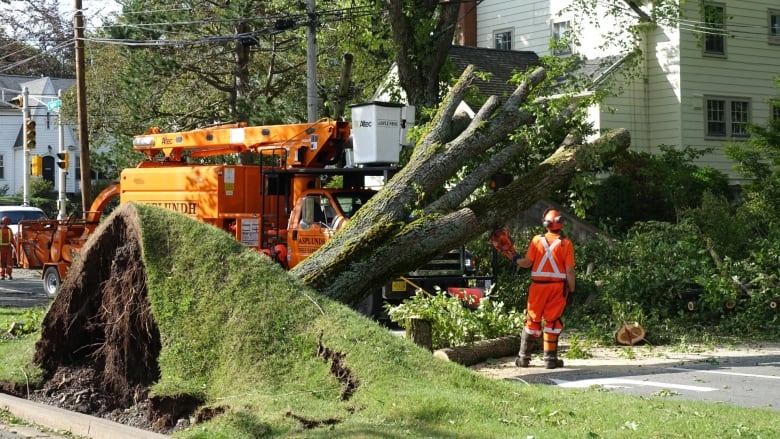 As the Canadian Hurricane Centre warned of another active hurricane season Friday, one of the country’s top meteorologists said the COVID-19 pandemic could make it more difficult for people to prepare for a long line of tropical storms.

“I think this year is going to be particularly important to have those preparations completed prior to the arrival of a storm because of all the other situations we’re facing,” Bob Robichaud said during the centre’s annual pre-season briefing.

“What we usually see when a storm is approaching — just one or two days prior to the storm — is lineups at stores. That is the thing you’re really going to want to avoid this year — being caught in some of those lineups.”

Robichaud said there are a number of factors behind the prediction for an active season, including the fact that ocean surface temperatures are slightly above average. The warmer the water, the more energy there is to feed a storm.

As well, reduced vertical wind shear over the Atlantic will make it less likely that tropical storms will be pulled apart as they are forming and growing.

As well, NOAA is predicting three to six major hurricanes churning out winds at 178 kilometres per hour or higher. On an average season, only three major storms develop over the Atlantic.

Dorian’s destruction in the Maritimes

Among the most powerful was Hurricane Dorian, which left a swath of devastation and death across the Bahamas — killing at least 70 people — before roaring over the Maritimes on Sept. 7 to 8.

Dorian’s hurricane-force winds knocked out electricity in all three provinces, leaving more than 500,000 homes and businesses in the dark for up to a week while causing an estimated $140 million in damage — two-thirds of which was reported in Nova Scotia.

Though Dorian transitioned to a post-tropical storm as it made landfall west of Halifax, its sustained winds reached 145 kilometres per hour, putting the storm’s power almost on par with a Category 2 hurricane.

“In any given year, there can be a damaging storm that affects Canada,” said Robichaud, the centre’s warning preparedness meteorologist.

As an example, he pointed to the busy 2010 season. Though there were 19 named storms that year, only three headed for Canada’s East Coast. However, two of those storms were full hurricanes that made landfall — Earl and Igor.

“You can’t always go by the total number of storms that are predicted,” Robichaud said. “You have to prepare the same way every year, as though one of those storms is going to have an impact.”

Though the Atlantic hurricane season runs from June 1 to Nov. 30, the first tropical storm of 2020 — Arthur — formed off the U.S. East Coast on Tuesday and had blown itself out in the middle of the ocean by Thursday morning.