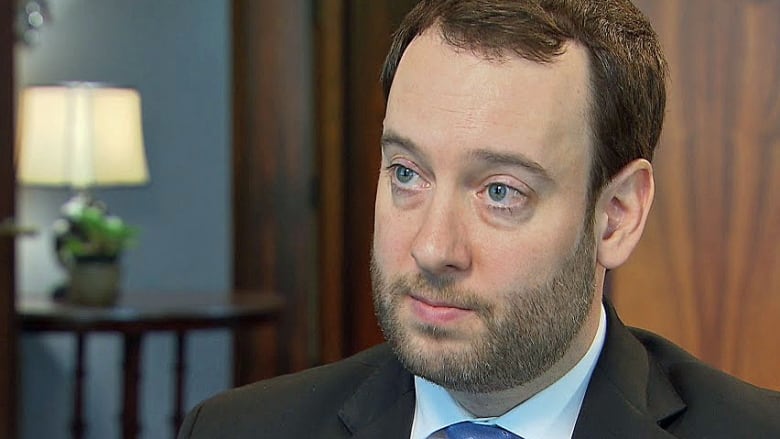 Dozens of clients of a disgraced B.C. tax consultant who tried to bilk the Canada Revenue Agency out of millions of dollars are facing the possibility of financial ruin after being penalized for “gross negligence.”

In a case lawyers say represents the danger of a too-broad approach to punishing tax evasion, a judge last month sided with a 77-year-old retired Abbotsford pastor named Margo Dianne Bowker who appealed a $139,000 penalty after claiming she had no idea what documents the firm she hired to prepare her taxes was submitting on her behalf.

But dozens of related cases representing millions in penalties have yet to make it through the Tax Court of Canada — illustrating the arduous process clients of DeMara Consulting have endured since fraud charges were filed against the two principals of the company in 2013.

In the time it took Bowker to win her case, the person prosecutors described as DeMara’s “mastermind” — Donna Marie Stancer — served the 33-month jail sentence she received for tax fraud in 2016.

Meanwhile the Vernon, B.C., woman’s former customers are still living with the fallout from her scheme, says a lawyer.

“We have instances where there’s been bankruptcy [and] severe psychological distress. We have clients … at their wit’s end, because this is a huge hammer,” said Pniowsky. “These are not ultra-wealthy people. These are average, middle-class people who are facing life-destroying penalties.”

‘That is wrong and it must stop’

At the heart of the issue explored in Bowker’s case and others is the issue of gross-negligence, which has been described in past court decisions as more than just failing to take care, but “tantamount to intentional acting or an indifference as to whether the law is complied with or not.”

Canada’s Income Tax Act gives CRA the ability to levy penalties against Canadians who make false statements and omissions on their tax returns, either knowingly or under circumstances which amount to gross negligence.

The law sets the penalty at whichever is greater: $100, or half of the under-reported tax or over-reported credits.

Toronto-based lawyer Duane Milot won a gross-negligence case last summer for a Nanaimo, B.C., man who — with his wife — was handed penalties totalling $220,000 after filing taxes through DeMara. The CRA is appealing.

Milot says the tax agency should punish Canadians who abuse the system, but there should be room for discretion. He calls the law “arcane” when it comes to penalties.

“These penalties are extremely onerous and penal. They’re akin to criminal tax evasion,” he says.

“They’re supposed to be applied in rare cases and only when someone intentionally or knowingly makes a false statement, but instead the CRA often applies these penalties automatically.

“Where a number of Canadians have been deceived by fraudsters, the CRA applies them to every single participant. That is wrong and it must stop,” Milot says.

‘Shooting fish in a barrel’

According to court records, Stancer and her co-accused, Deanna Lynn LaValley, prepared tax records for 224 clients using a technique known as “The Remedy.”

The scheme involved obtaining a business number for people regardless of whether they actually had a business.

DeMara staff would then add up all of a client’s personal expenses and debts, including credit card bills, mortgage payments, grocery, household, repair and insurance bills and — essentially — claim them as expenses and capital losses for the non-existent business.

The CRA claimed Stancer and LaValley submitted more than $192 million in fake expenses on behalf of their clients in a a bid to obtain nearly $10 million in refunds. News reports of Stancer’s sentencing said only about $53,000 was paid out.

“These people didn’t even see the benefits. In other words, the CRA was well aware of what was going on. They caught it, they put a stop to it, but they went ahead and applied penalties anyway,” says Pniowsky.

“I call it shooting fish in a barrel.”

Bowker’s husband used to file his wife’s tax returns, but went with DeMara Consulting on the advice of a friend in 2011.

Bowker testified that the couple “would have run the other way” if they thought the firm were so-called “de-taxers” who “want to avoid paying taxes.”

Instead, they drove to Vernon to check out DeMara’s offices, where Bowker said they saw “a little bit of a welcome area, reception area, and a few — a number of people sitting at desks.”

In 2012, DeMara filed tax returns for Bowker that included $666,447 in business losses. Bowker claimed she never saw what was in the return because her husband handled all the correspondence with the tax consultant.

The Crown claimed Bowker ignored “red flags,” like the magnitude of the refund she was seeking and being asked to apply for a business number, that should have tipped her to the fact something fishy was going on.

But Bowker said she trusted her husband. She also claimed DeMara never promised her husband he’d get a refund for her.

“Mrs. Bowker testified that Mr. Bowker and herself have a fairly high trust factor in their relationships with people,” Ouimet wrote.

Overwhelmed by ‘legal jargon and stuff’

Pniowsky says his firm has chosen three clients as lead cases to argue, in part, that DeMara had all the hallmarks of a legitimate accounting company, which made customers like the Bowkers less likely to question whether they were breaking the law.

The clients — a pilot, a nurse and a psychiatrist — have credentials that travellers and patients trust implicitly. Pniowsky argues that the same holds true of a firm like DeMara that had the “trappings of officialdom.”

“In order for society to function, there has to be an element of trust,” Pniowsky says.

“Those people who lie about who they are, that’s who we nail, that’s who we prosecute and they go to jail. That’s how the system should work,” he says. “With respect to penalties, it’s all out of whack. The CRA doesn’t seem to follow a general line of reasoning and apportion blame where it ought to be apportioned, and they’re effectively going after the victims as well.”

A similar argument failed to convince another judge in 2019 that gross negligence penalties shouldn’t be applied to an underground miner who claimed he “thought DeMara was a legitimate tax preparer that would comply with the law.”

Erik Saunders represented himself when he went before the Tax Court. He said he didn’t sign or review his 2011 tax return before it was filed by DeMara and he didn’t know the company was claiming significant business and capital losses.

“His education consists of Grade 9 English, Grade 9 math and science and Grade 10 social studies,” the judgment in that case reads.

“He is overwhelmed by ‘legal jargon and stuff.'”

But the CRA wrote Saunders to notify him of the large business losses he was claiming, and the judge said he was aware that a reasonable person should review their tax returns.

“However, he chose not to review the income tax returns prepared by DeMara,” the judge wrote, “This is particularly troublesome since he testified that he knew very little about the principals behind DeMara and, in particular, did not know if they were accountants.”

‘Sound too good to be true?’

The Canada Revenue Agency wouldn’t comment on any of the ongoing cases.

In a statement, the agency referred the CBC to a webpage that warns Canadians to “beware of tax schemes that promise to reduce your taxes.”

“Sound too good to be true?” the website asks. “It probably is.”

Stancer was sentenced in January 2016, and despite receiving two years and nine months jail time, she was approved for day and full parole just seven months later.

A copy of her parole documents obtained by CBC cites letters from victims who claimed they suffered emotional and financial distress at her hands.

“You have victims that face investigation, tax court and heavy penalties for agreeing to the advice and counsel that you gave them. Many have lost their homes and their savings,” the parole board wrote.

“They say they are being treated as criminals by the government.”

Stancer was assessed as a low risk to re-offend but denied knowing the Remedy was illegal.

“In listening to you today the Board finds it extremely hard to understand how an intelligent women can believe that a plan designed to reduce an individual’s taxable income to zero, could possibly be a legitimate accounting practice,” the parole board decision says.

The board said she continued to minimize her crimes.

“You told the Board that you consider yourself a victim,” the decision reads. “However, the Board finds that you were in a position of trust with the real victims, your clientele, and you abused that trust.

According to court documents, the CRA also slapped Stancer with gross negligence penalties.

Thirteen former clients also sued Stancer, LaValley and DeMara in B.C. Supreme Court, saying they were penalized by the CRA as a result of their tax returns and seeking a declaration that they were misled.

In a response filed in 2016, Stancer denied saying she had “‘inside knowledge’ of tax reduction strategies normally only available to the wealthiest of Canadians.”

Stancer claimed to have lived with “grief and anguish” and expressed “deep regret and apology” for any part she had in hurting them.

“For the last year I was with the DeMara Consulting Society, I was a volunteer with no pay,” Stancer wrote.

“CRA placed over half a million dollars in gross negligent penalties for filing the same way as the plaintiffs. I took no profits from DeMara Consulting Inc or DeMara Consulting Society. I filed for bankruptcy in early 2015.”

Stancer’s response is the last entry on the court file.

In 2019, she was granted an absolute discharge from bankruptcy effective May 2025, after agreeing to pay $12,000 to her creditors.