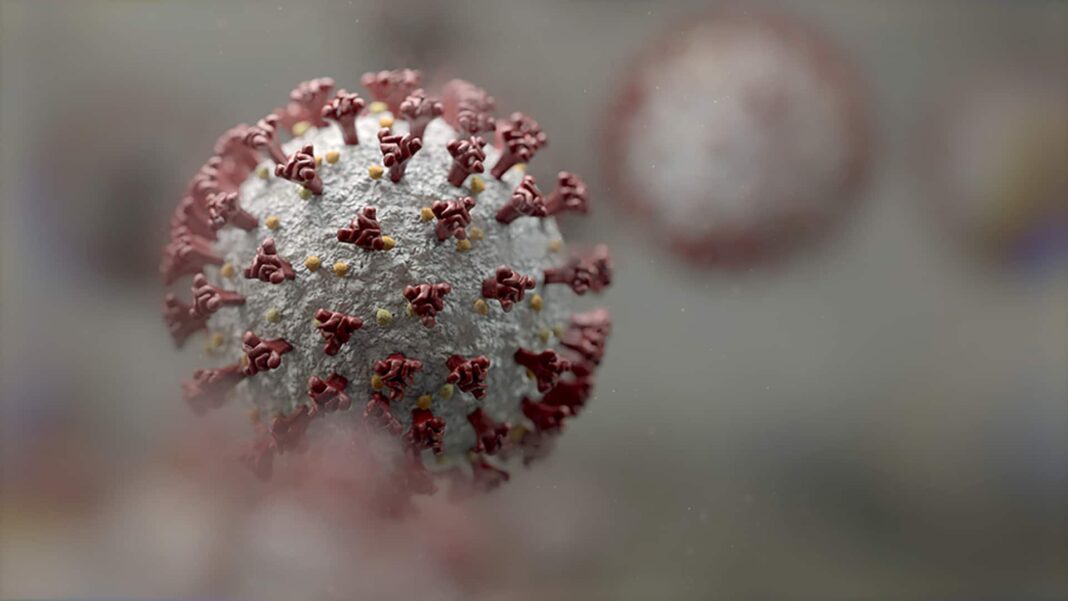 The rapid spread of more contagious coronavirus variants across Canada has led some hard-hit regions to question whether national public health guidelines go far enough to protect Canadians — and they’re sounding the alarm over the dangers of just minutes of exposure.

Despite acknowledging the emergence of variants threaten to “rapidly accelerate” the spread of COVID-19, the Public Health Agency of Canada (PHAC) has not made any updates to its guidance for the public.

Canadians continue to be told to stay at home as much as possible and follow basic public health guidelines such as mask-wearing, physical distancing and handwashing — but at a local level, regions facing rising variant cases are going even further.

In York Region, just north of Toronto, public health officials made headlines this week after releasing startling new information on individuals infected with the variant first identified in the U.K. that seemed to call into question federal guidelines.

“Those cases were quite careful in many instances but seem to have the variant of concern nevertheless,” Medical Officer of Health for York Region Dr. Karim Kurji said in a statement to CBC News.

“Some of these people who caught it were just doing essential visits and not for very much time, just a minute or two.”

WATCH | What do variants change about the approach to COVID-19? 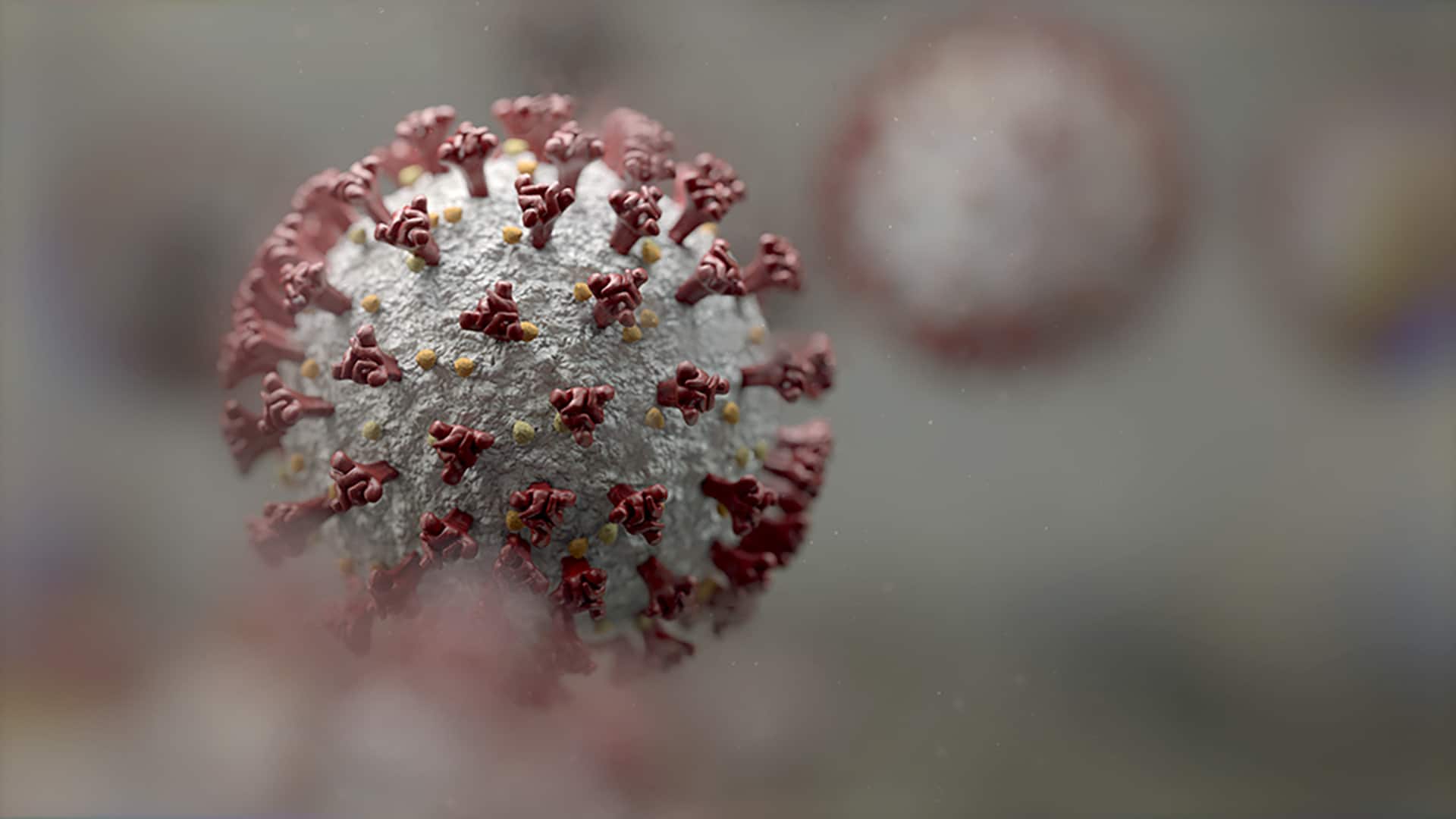 An infectious disease specialist and epidemiologist answer questions about COVID-19 variants including if people need to adapt precautions and how they affect testing. 5:55

York Region has seen a dramatic rise in the number of confirmed cases of the variant, also known as B117, with at least 39 to date.

It’s also stepped up efforts to control the spread of variants by opening isolation centres and lowering its thresholds for risk.

Kurji said York Region has had a more “conservative” definition of a close contact throughout the pandemic than other areas, describing it as just 10 minutes of interaction within two metres as opposed to the federal government’s 15-minute rule.

“At the very beginning of the pandemic, these guidelines were not very clear,” he said. “So we established this rule and we have stuck with that.”

Public Health Ontario (PHO), an arm’s-length provincial government agency, also recently told health units across the province they should reduce their thresholds for classifying all COVID-19 exposures because of the emergence of variants.

If a person infected with COVID-19 and a contact are both wearing masks, but the contact isn’t wearing eye protection, PHO said they should be considered “high-risk” if they were within two metres for at least 15 minutes.

If neither of them is wearing a mask or eye protection — PHO said any amount of exposure time is risky, aside from briefly passing by each other.

And if the contact isn’t wearing a mask but the infected case is, even if it’s a high quality medical mask, the risk of exposure is large no matter what.

It’s a far cry from the federal government regulations that still recommend non-medical masks and define exposures in the COVID Alert app as 15 minutes within two metres. And the competing advice from different public health officials no doubt leaves Canadians confused as to what they should be doing to protect themselves.

What should we do differently?

Experts say much like local public health units that are reassessing guidelines in light of the variants, Canadians should be rethinking risk based on the situation in their communities.

“I think in this case the local health units have it right in the sense that you want to have an abundance of caution,” said Ashleigh Tuite, an infectious diseases epidemiologist and assistant professor at the University of Toronto’s Dalla Lana School of Public Health.

“We know that we have a more transmissible variant that’s circulating, we’re still trying to figure out exactly what that means. We continue to hear that the precautions that have worked with the regular version of [the coronavirus] still work — but we may need to do them better.”

Tuite said the 15-minute exposure time and two-metre distance rules are “arbitrary,” and erring on the side of caution makes sense even in areas without widespread variants.

“The new variants I think provide us with a reason to reevaluate those rules and I think that’s something that hasn’t necessarily been well communicated to the public,” she said.

“There’s nothing magical about that distance that was based on science, that’s based on sort of what we know about how airborne pathogens are spread. But I think the science has evolved, or at least our thinking has evolved.”

PHAC was slow to update its guidance on the spread of the coronavirus through the air. It only mentioned the risk of transmission from aerosols — or microscopic airborne particles — for the first time in November.

The federal agency has also resisted recommending the use of medical masks to lower risk of exposure, despite calls from experts like Dr. Anthony Fauci to up our mask game whenever possible.

Tuite said it’s “unhelpful” for PHAC to tell Canadians who may not be closely following the science that variants are more transmissible than previous strains, but also not instruct them to do anything differently.

“When you look at Canada’s response as a whole, clearly, there are many, many different things that we should be doing better,” said Dr. Leyla Asadi, an infectious diseases physician at the University of Alberta in Edmonton.

Asadi said the reason Canada is doing so “poorly” in these areas, is simply because we’re not being “aggressive enough” in our response.

“I think people fundamentally would appreciate having strong leadership from federal public health authorities,” she said.

“I don’t think the science has necessarily changed. We don’t need new science I don’t think, I think we know these things already. We just need to make sure that it’s not just the people on Twitter and the health authorities that know it.”

Federal health authorities said during a technical briefing Tuesday there were no plans to update current public health guidelines due to variants, but that could change as more information becomes available.

“The state of the science and our understanding of these variants is continuously growing,” said Dr. Guillaume Poliquin, head of the federal National Microbiology Lab in Winnipeg. 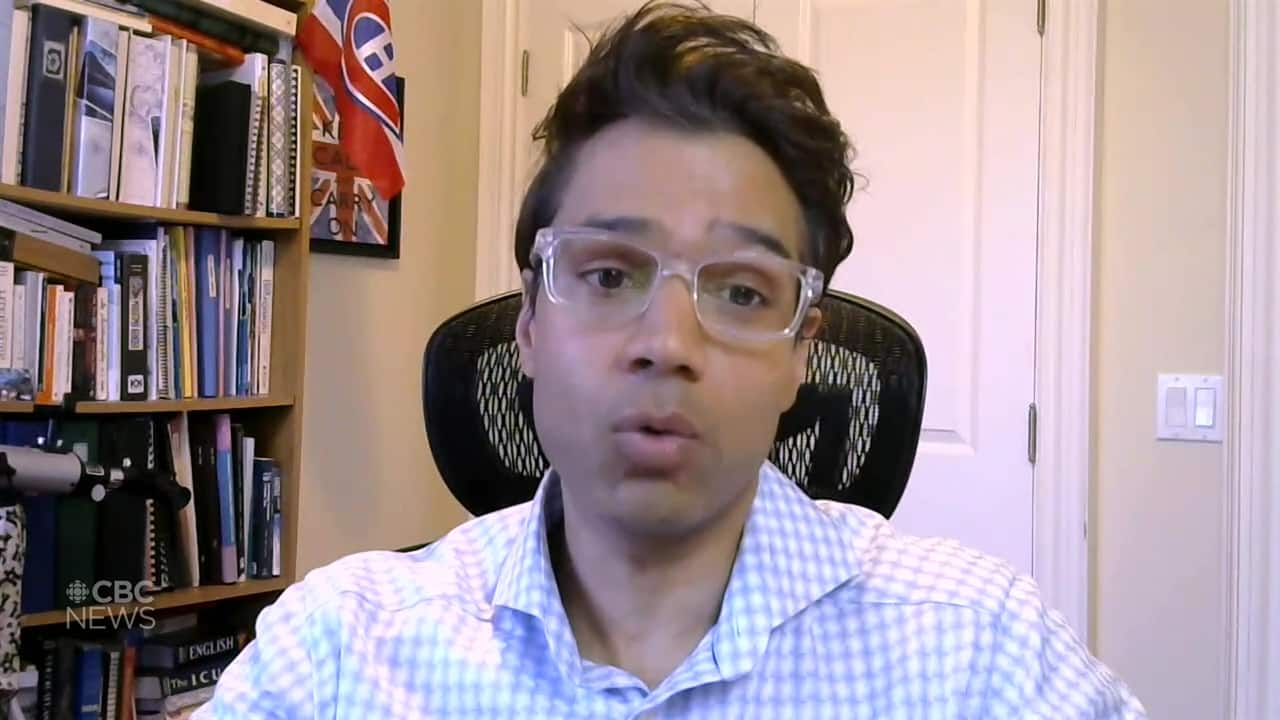 By introducing the possibility of quarantine periods of up to 24 days for people who’ve been exposed to someone infected by COVID-19, the province of Alberta expects to reduce the risk posed by the arrival of coronavirus variants, says respirologist Dr. Samir Gupta. 2:04

Asadi said the average Canadian who may still be wearing a cloth mask and thinking two metres of distance is sufficient, may not be getting the information they need to avoid risk of exposure.

“It makes me sad when I feel like the necessary information isn’t getting to precisely the people that it needs to get to,” she said.

Dr. David Fisman, an epidemiologist at the University of Toronto’s Dalla Lana School of Public Health, said there has been enough scientific evidence released in recent months to warrant updating public health guidance on the risk of exposure, even before the emergence of variants.

A recent report from the U.S. Centers of Disease Control and Prevention looked at COVID-19 transmission in the National Football League last fall, and found infections were occurring in exposures of less than 15 minutes.

“So that’s before the variants are an issue. So it’s not a variant thing, it’s a COVID thing,” he said. “Maybe what’s motivating people to make these changes is the variant has freaked them out a little bit.”

Fisman said there are still a lot of unknowns with variants. While it’s been proven B117 is more transmissible than previous strains, it’s not entirely clear what that means in terms of how people are likely to get infected.

Fisman said additional precautions taken in places like York Region exemplify the “precautionary principle” of erring on the side of caution when faced with a lack of scientific evidence — a key lesson from the 2003 SARS epidemic.

Dr. Zain Chagla, an infectious diseases physician at St. Joseph’s Healthcare Hamilton and an associate professor at McMaster University, said the lack of movement on public health guidelines from the federal government has left it up to local authorities to make decisions on risk.

“They’re going to make decisions based on where they see,” he said. “They do risk assessments on more than just what the rules provide — the rules are supposed to be a guideline to them.”

Alberta changed its self-isolation rules this week for those infected with variants. It’s now calling for quarantining of contacts for up to 24 days in some cases in response to the added threat of infection they pose.

“This risk assessment is getting very patchy and it’s really confusing,” Chagla said. “But it doesn’t mean that you have to create new rules out of nowhere.”

He said it’s important that public health units are flexible in their assessment of risk, but the lack of coordination at a national level leaves a lot of room for confusion.

“You would like some centralization based on the science and we’re hearing different things across the country in terms of quarantine and what an exposure risk is,” he said.

“Are people going to really adhere when again the rules keep changing left and right?”