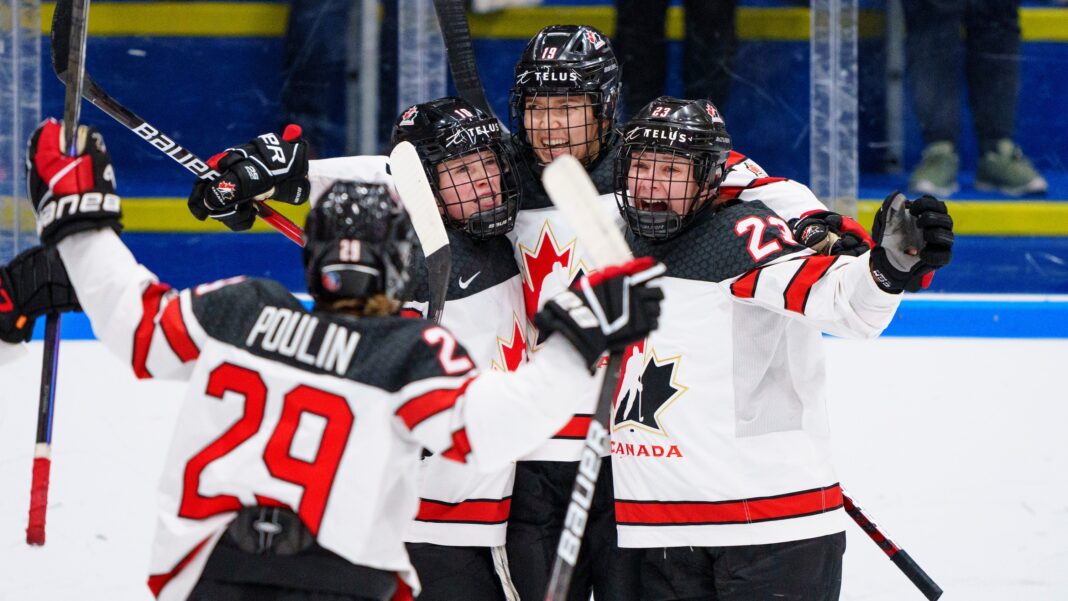 Canada defended its title with a 2-1 win over the United States in the women’s world hockey championship final Sunday.

Abby Roque scored for the Americans with Nicole Hensley stopping 17 shots in the loss.

The Canadians won gold in a third major international event in the span of a year. 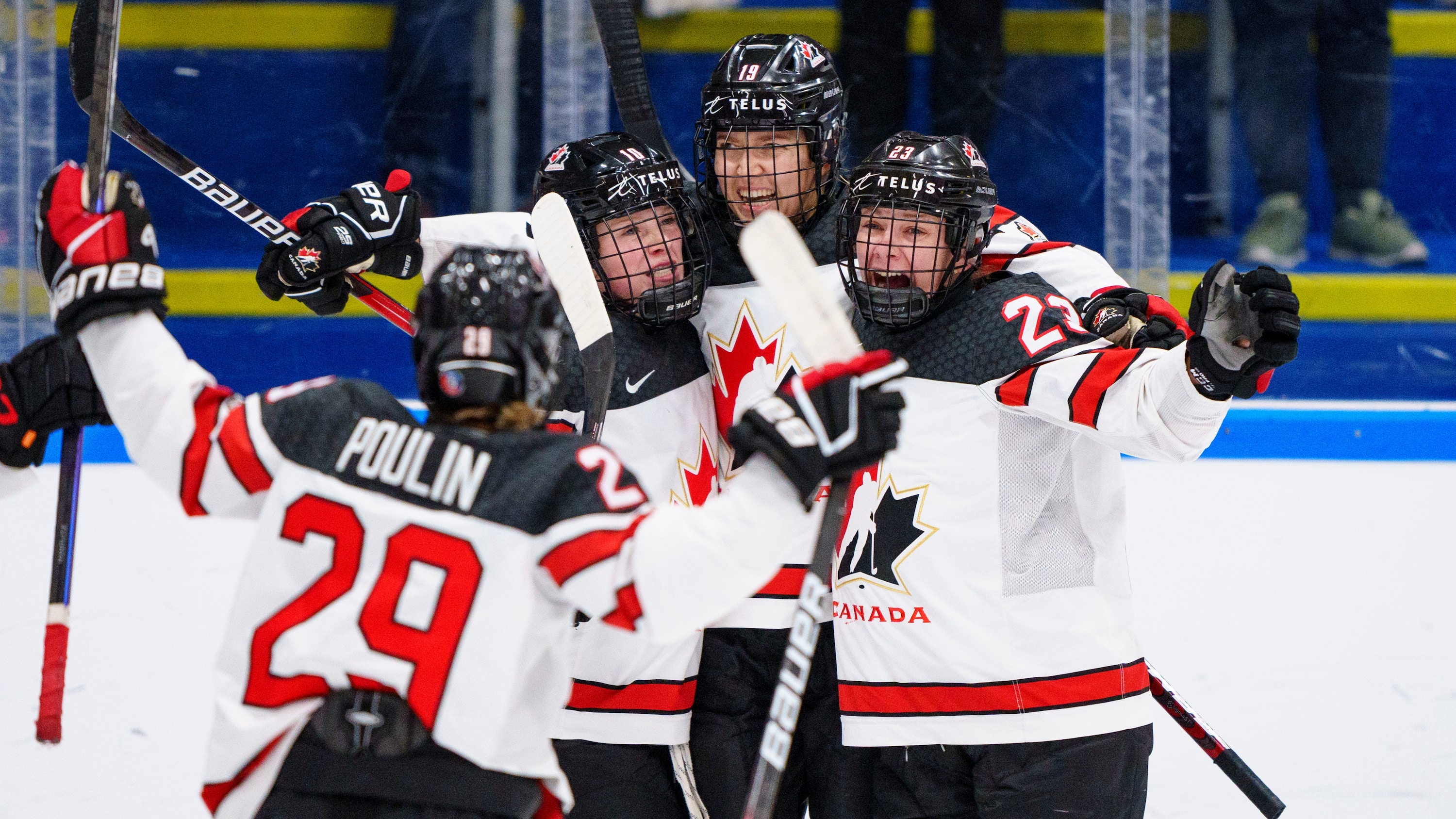 Oakville, Ont.’s Brianne Jenner scored both of Canada’s goals en route to a 2-1 victory over their international rivals in the tournament final.

They edged the U.S. 3-2 in overtime just over a year ago in Calgary in a world championship delayed to August because of the COVID-19 pandemic.

This Canadian team was a work in progress throughout the tournament in Denmark as head coach Troy Ryan juggled his forward lines looking for chemistry.

Both Canada and the U.S. returned 18 players from their Olympic rosters. The Americans seemed to absorb what lineup changes there were quicker than Canada.

The U.S. went undefeated into the final, including a 5-2 win over their archrival in the preliminary round, with a plus-47 goal differential compared to Canada’s plus-22.

In addition to moving the puck quicker and cleaner than it did in the loss to the U.S., Canada also defended more tenaciously in the box between and below the faceoff dots.

Trailing 2-1, the U.S. came close to pulling even on a pair of power-play chances in the third period, and also in a furious final minute with Hensley pulled for an extra attacker.

But a composed Desbiens held off the charge throughout the third period when Canada was outshot 12-6.

Canada and the U.S. have met in the final of all but one world championship since the inaugural tournament in Ottawa in 1990. Canada lost to host Finland in the 2019 semifinal.

It’s the first time Canada has won back-to-back titles at the tournament since 2004.

Canada led 2-0 on a quick pair of Jenner goals until Roque halved the deficit with her fourth power-play goal of the tournament at 19:39 of the second period.

Amanda Kessel drew Canadian defenders and Desbiens to her and threaded a goal-mouth pass to an unchecked Roque to score.

Jenner’s nine goals in February’s Winter Olympics matched a tournament record, but the veteran didn’t score in the world championship until Saturday’s semifinal win over Switzerland.

Jenner beat Hensley with a wrist shot from just below the faceoff dot for a power-play goal at 10:54. Jenner scored her first from the same area, but from a sharper angle.

She collected a Marie-Philip Poulin pass at the high boards, took the puck deep and handcuffed Hensley with a low shot far side at 9:30.

Canada outshot the U.S. 5-2 in a goal-free first period and went 0-for-2 on the power play.

The 2023 women’s championship will be held in Canada in a city yet to be announced, followed by the U.S. hosting it in 2024.

Canada and the United States will also square off in a seven-game Rivalry Series this winter.

The International Ice Hockey Federation introduced a top-tier women’s championship in the same year as the Olympic Games for the first time in 2022 to encourage federations to invest more consistently in women’s hockey.

The 10-country field in Denmark was minus Russia after it was barred by the IIHF from international tournaments for that country’s invasion of Ukraine.

The Czech Republic reached the final four and the podium for the first time Sunday beating Switzerland 4-2 for the bronze medal.

The Czechs were coached in Denmark by Calgary’s Carla Macleod, a former Canadian team defender. 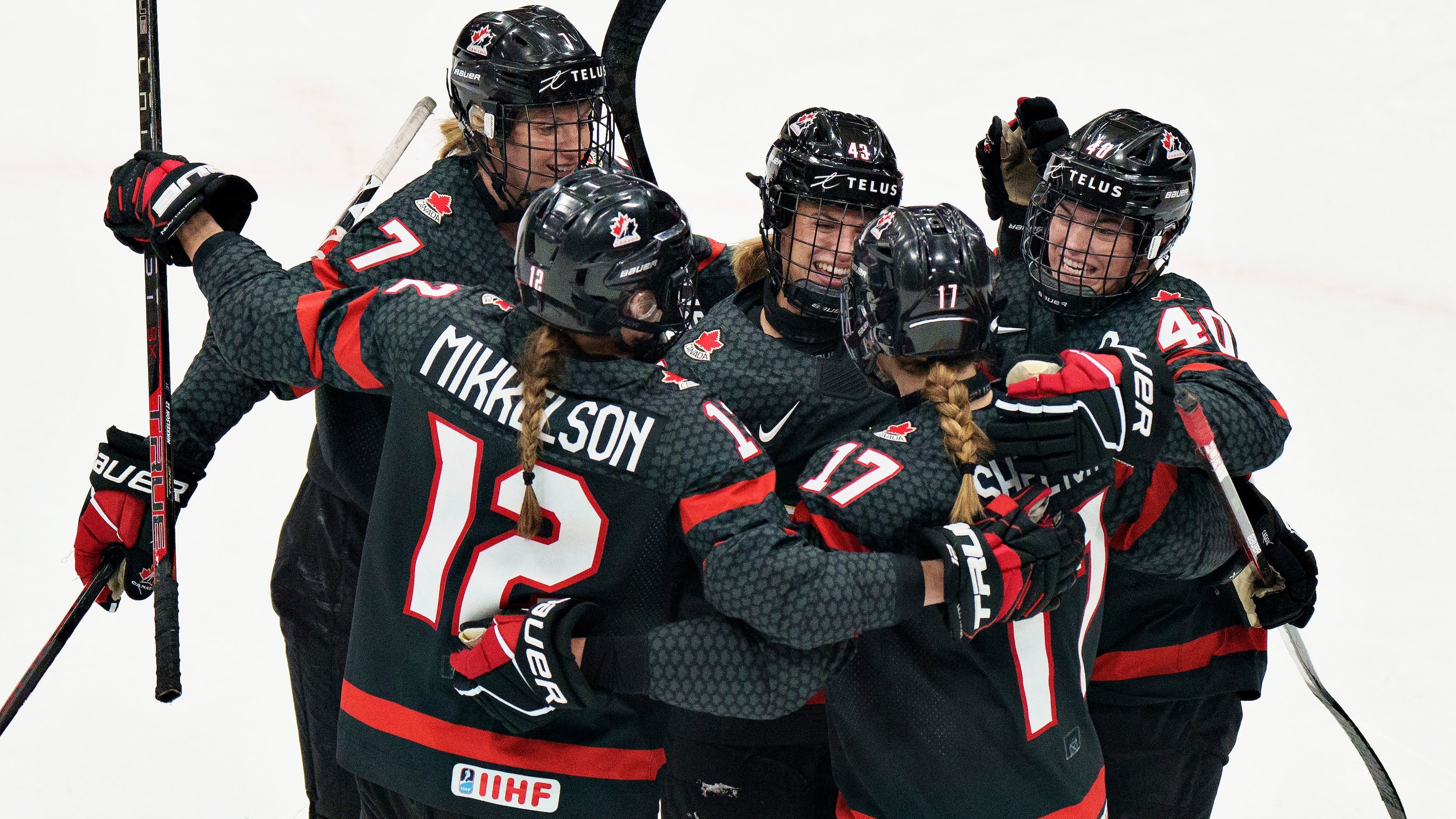 The Canadians routed Switzerland 8-1 to advance to the gold medal game against the United States at the IIHF women’s world championship in Denmark.