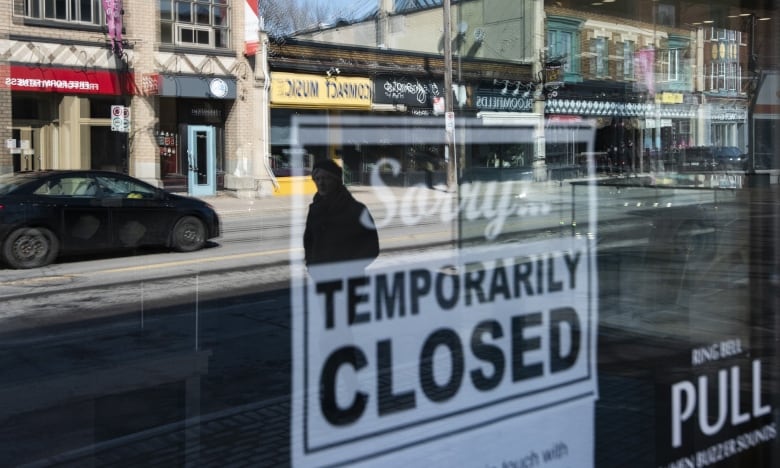 Last November, the United Nations Environment Program released its annual Emissions Gap Report, which found that in order to limit global warming to 1.5 C above pre-industrial levels, CO2 emissions would need to drop by 7.6 per cent annually over the next decade.

Given that worldwide emissions are estimated to have risen by about 0.4 per cent in 2019, this seemed like an unattainable goal.

A recent study published in Nature Climate Change, however, suggests that as a result of global shutdowns due to the COVID-19 pandemic, emissions in 2020 could drop by roughly seven per cent.

At first glance, it might appear as though a devastating economic shutdown is the only way to reach those UN targets. But some experts say this isn’t the case, and insist there is a way to have economic growth and reduce emissions that adhere to the UN guidelines.

“We can’t have this [kind of a shutdown] for tackling climate change — absolutely not,” said Corinne Le Quéré, a Canadian professor of climate change science at the University of East Anglia and lead author of the Nature study. “This is a really painful way to get a decrease in emissions.” She also noted that it likely won’t last.

Don Drummond, an economist who worked for the federal Department of Finance for 23 years, pointed out that emissions in Canada have almost flat-lined, on average, over the past few years during a period of economic growth (prior to the coronavirus pandemic).

This, he said, is evidence that reducing emissions to UN guidelines is possible.

“We’ve achieved higher growth with flattening emissions and we can and should go further and achieve positive growth with declining emissions,” said Drummond, an adjunct professor at Queen’s University and former chief economist at the Toronto-Dominion Bank. “That can be done, but we need a more concentrated policy effort.”

Drummond, who was one of the architects of the Goods and Services Tax in 1991, said there is a long history in Canada of scare-mongering that a given new policy will kill the economy, from the GST to the North American Free Trade Agreement. Quite often, it doesn’t.

Many governments around the world are trying to stimulate their economies during the pandemic, and this could be an opportunity to funnel money into green technologies, said Le Quéré.

She said that one of the key findings of the Nature study was that the biggest drop in emissions during the pandemic, behind the aviation industry, has been in surface transport. This, she said, could be one sector governments could target.

“The biggest reason why the emissions [went] down now is mobility. So we just don’t go anywhere. We don’t use our cars. Governments could say, ‘Well, we’re going to tackle that as we get out of confinement,'” Le Quéré said. That could “include everything from encouraging home-working for those who want to and who can, then developing infrastructure for … walking or cycling.”

While Drummond believes the federal government is likely to invest in methods to reduce emissions, he said it will likely be a long time — perhaps years — before we see stimulus packages aimed at revitalizing the economy, such as specific jobs programs.

In the meantime, he said the government can use other means to reach the 7.6 per cent emissions-reduction goal, such as disincentives — like the carbon tax on things like gasoline and heating fuels — which can be effective in bringing down emissions, particularly when that money is recycled back to people and businesses, as the federal government is doing.

“If you have the right incentives or the right disincentives in place, there can be growth that takes place that is not environmentally damaging,” Drummond said.

“I would say put a price on it … that’s what it really comes down to.”

Another could be investing in retrofitting buildings to make them more efficient, which would be very labour-intensive and could create more jobs. But Drummond said that would be “second best.”

Mark Jaccard, a professor of sustainability energy at Simon Fraser University, said transitioning to renewable energy isn’t as costly as some may think it is.

He said it would cost “at most, two years of economic growth spread over a 30-year period.” (In recent years, Canada has experienced annual growth in the 1.5 to 1.9 per cent range.)

Jaccard, who is currently working on the next IPCC report, said that this small sacrifice over an extended period of time is far better than the alternative.

“It’s a slight difference in economic output over a 30-year period in order to prevent the dramatic crashing in your economy because of wildfires, acidified oceans, rising seas, major storms and pandemics that can happen from climate change,” he said.

Drummond agrees, noting that concerns about emissions reductions harming the economy will likely always be around, even if they are without merit.

Canada is already on the right path, he said, and the country can ramp up its efforts to see both economic growth and a notable reduction in emissions.

“It’s not like we’re asking to do something that’s never been done before. We are doing it right now, we’re just not doing it enough,” he said. “If you asked me to move a three-tonne rock, if I can move it an inch, I’m pretty sure I can move it a foot.”