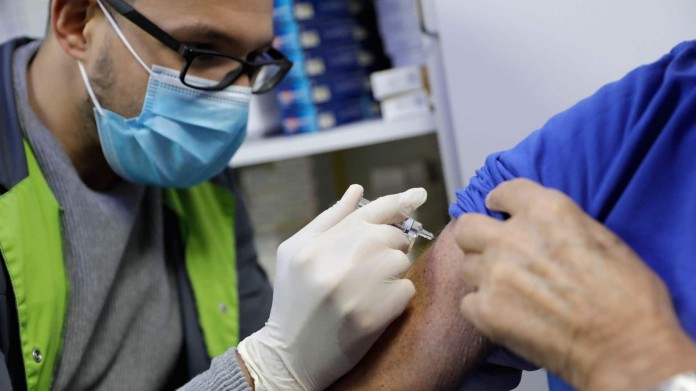 As Canadians await the arrival of the first batch of vaccine doses, employers and provincial leaders are grappling with the question of whether to make the shots mandatory to ensure a smooth return to normal life.

So far, most premiers have ruled out compelling all citizens to get a shot. Based on recent polling, a sizeable minority of Canadians — up to 18 per cent of those surveyed — have said they will refuse to be vaccinated and provinces aren’t spoiling for a fight during a mass immunization campaign.

But in the absence of a provincial decree, some employers are now seeking legal opinions on whether they can demand that staff and customers be vaccinated before allowing them to enter their workplaces.

In the United Kingdom, where health authorities started vaccinating people on Tuesday, some bars, cinemas, restaurants and concert venues already have signalled plans to demand proof of vaccination from patrons once the shot becomes more widely available. In Canada, there is talk of a “vaccine passport” — a digital wallet that would store immunization records.

Neena Gupta, a labour lawyer at Gowlings in Waterloo, Ont., has fielded half a dozen calls this week from companies wanting to know how much leeway they have to make shots compulsory for employees.

“It’s never a yes/no answer in law, which is why people get frustrated with lawyers. It is a complicated issue,” she told CBC News. “I don’t think the legal issues around mandatory vaccination are simple at all.”

Gupta said a provincial medical officer of health or a local public health authority could implement a vaccine mandate, similar to what is already in place for masks in many jurisdictions.

“Sometimes that means taking a bit of blowback for the greater good.”

The authorities could then allow accommodations for people who, for whatever reason, can’t get a shot, or for those who refuse vaccination on religious or moral grounds.

“Those people will have to be accommodated because there’s an absolute right of accommodation under the human rights code,” Gupta said. 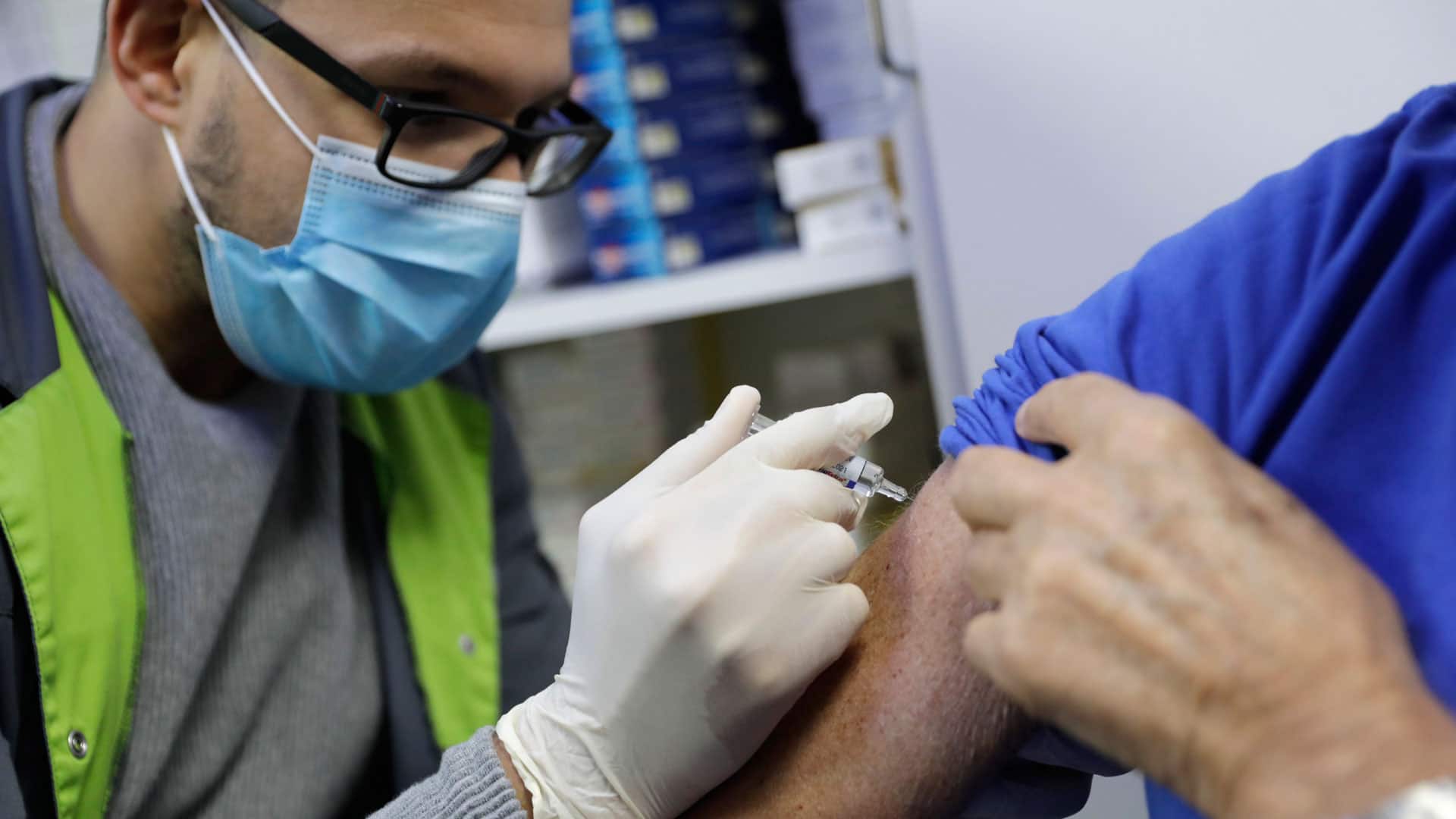 A new poll from Leger suggests Canadians are growing less supportive of making a COVID-19 vaccine mandatory when one becomes available. 7:43

Gupta said provinces might impose a different set of more stringent requirements for employees working in sensitive sectors, such as long-term care homes or retirement residences, or other health-care settings where infections have been much more common during the pandemic.

Gupta said Canadian courts have upheld past vaccine and mask mandates for health care workers, but the case law is inconsistent.

In 2013, a B.C. arbitrator allowed a provincial policy that requires health care workers in that province to be vaccinated or to wear face masks during flu season. The arbitrator called the policy “a valid exercise of the employer’s management rights.”

But in a similar case in Ontario in 2002, arbitrators overruled a mandatory flu vaccine policy, citing the employer’s failure to secure an order from the provincial medical officer of health as justification.

Gupta said a directive from public health officers — such as B.C.’s Dr. Bonnie Henry or Ontario’s Dr. David Williams — requiring vaccines for all workers in the health sector would level the playing field for health care employers and prevent a patchwork of policies across different sites.

“That helps the employer. They’re saying, ‘I’m not imposing this arbitrarily. I’m acting in a manner that is congruent with public health requirements,'” Gupta said.

“The expectation is that employees must be vaccinated. And if they can’t be vaccinated, there’s got to be a good reason and they can try to find them other work,” she said. “If there isn’t other work, they go on an unpaid infectious disease leave.”

WATCH: Tracing the roots of the anti-mask movement 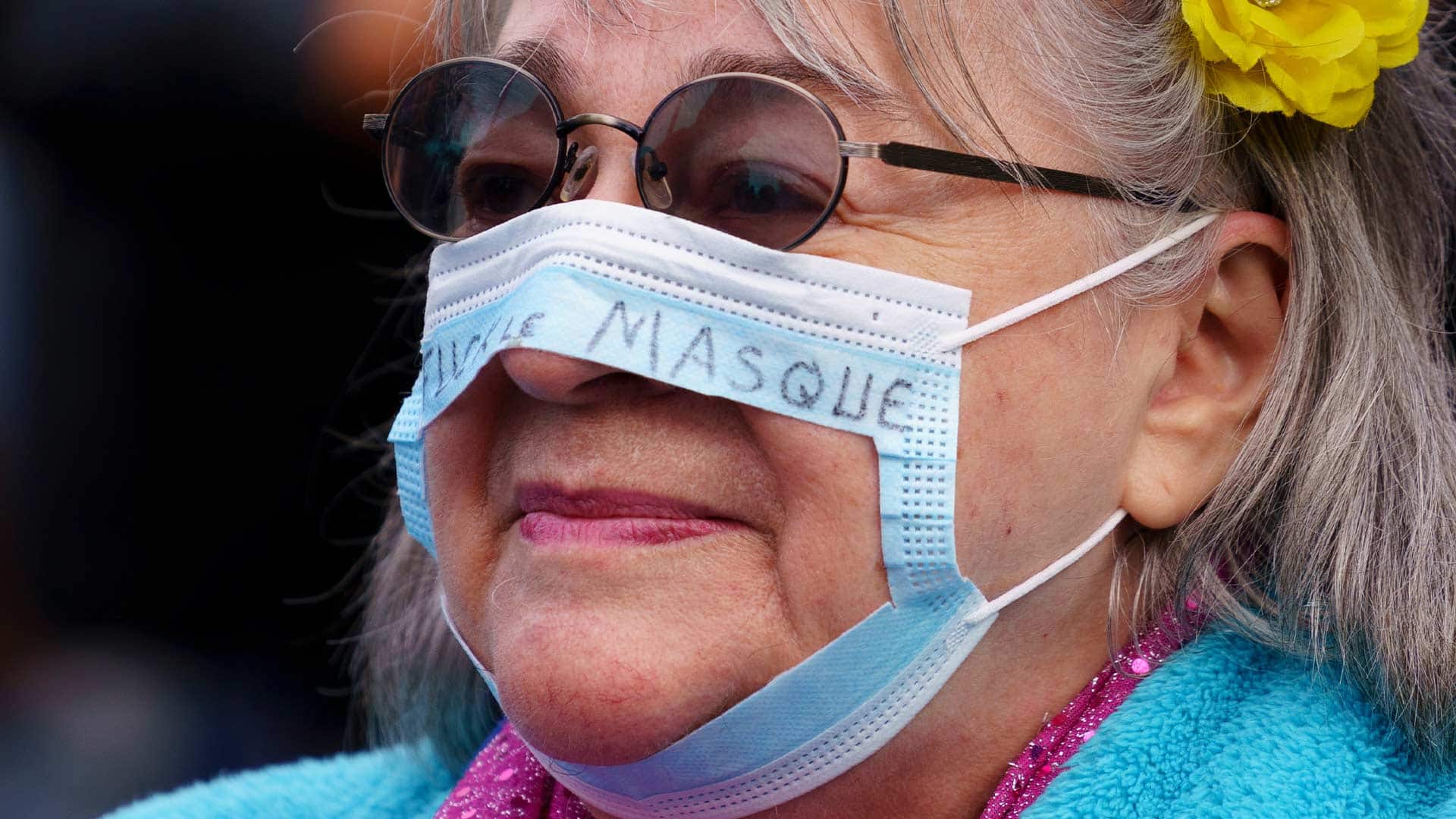 To wear a mask, or not to wear a mask? It’s a uniquely “2020” question, and as fraught with politics as with public health implications. 6:52

In Ontario, the Occupational Health and Safety Act stipulates that employers have an obligation to get rid of known hazards in the workplace and protect employees from work-related illness or injury.

To that end, employers often take precautions to limit the spread of infectious diseases in the workplace. A vaccine requirement for workers outside a health care setting, however, has not yet been tested in a Canadian court.

Ontario’s Immunization of School Pupils Act could serve as a template. The province requires students to be vaccinated against certain diseases, with some exceptions.

Ontario and New Brunswick require immunization for diphtheria, tetanus, polio, measles, mumps and rubella for all students, while Manitoba requires a measles vaccination.

“I think there would be an argument for employers to say, ‘I’m trying to protect my workforce. It’s a health and safety issue, and therefore these are the rules to come into my place,'” Gupta said.

However, if an employer terminates an employee who cites a valid reason for refusing to get a COVID-19 vaccine, the termination could amount to a human rights violation, she said.

The U.S. Occupational Safety and Health Administration has stated that employers can legally impose a flu vaccine requirement on their workforce, but employees have the right to request medical or religious exemptions under federal anti-discrimination laws.

With the employment question largely unsettled, some private companies are pushing ahead with plans to demand that customers provide proof of vaccination before entering their businesses.

There is also talk of developing a sort of national “vaccine passport” that would make it easy for individuals to prove to a store manager or staff member — through a smartphone app — that they’ve gotten the COVID-19 shot.

Dr. Kumanan Wilson, a researcher in public health innovation at the Ottawa Hospital Research Institute, said he thinks some sort of passport-style program is inevitable for certain sectors.

Since the early days of the pandemic, he has been calling for a national effort to arm Canadians with digital proof that shows whether they have the ability to transmit COVID-19.

“This isn’t a novel concept. We already have proof of immunization needed for a variety of uses,” Wilson told CBC News, pointing to school vaccine mandates and international restrictions on travellers entering countries where yellow fever is endemic.

Heavy-handed measures are needed to help us get to that better place. It’s not like our liberties aren’t already restricted – Dr. Kumanan Wilson

He said he doesn’t want to see some sort of “wild, wild west” climate where individual businesses develop their own systems for proof of immunization. Instead, he said, he wants the provinces and territories to take the lead in developing a database to track vaccination status.

That information could then be made available for download in a digital wallet. He said governments are best placed to “mitigate the ethical and legal concerns” that could arise from such a program.

“The first use case is going to be for international travel, and that’s already happening,” he said. “This is happening without governments necessarily having a solution. That industry is already moving this forward.”

Wilson is working with the World Economic Forum (WEF) to develop something called the “CommonPass,” a way for travelers to confirm their COVID status without revealing detailed health information.

The program lets travelers access lab test results or vaccination records held in existing data systems or personal digital health records apps, such as Apple Health. It’s a program that the WEF hopes will ease “border restrictions, lockdowns and stalled tourism that has led to a host of problems including global job losses, food insecurity and expanding poverty.”

The International Air Transport Association (IATA), an airline trade association that represents 290 airlines worldwide, is in the final stages of developing a digital COVID-19 vaccine passport for travellers.

The digital health document, called the IATA Travel Pass, will allow travellers to certify that they have immunity from COVID-19, either through a past infection or vaccination, and to share that information with airlines and border authorities. The app could also store COVID-19 testing information.

Air Canada and WestJet have not staked out positions on the matter, but Australia’s Qantas Airlines has said passengers will need proof of immunization for international flights once vaccines are readily available. 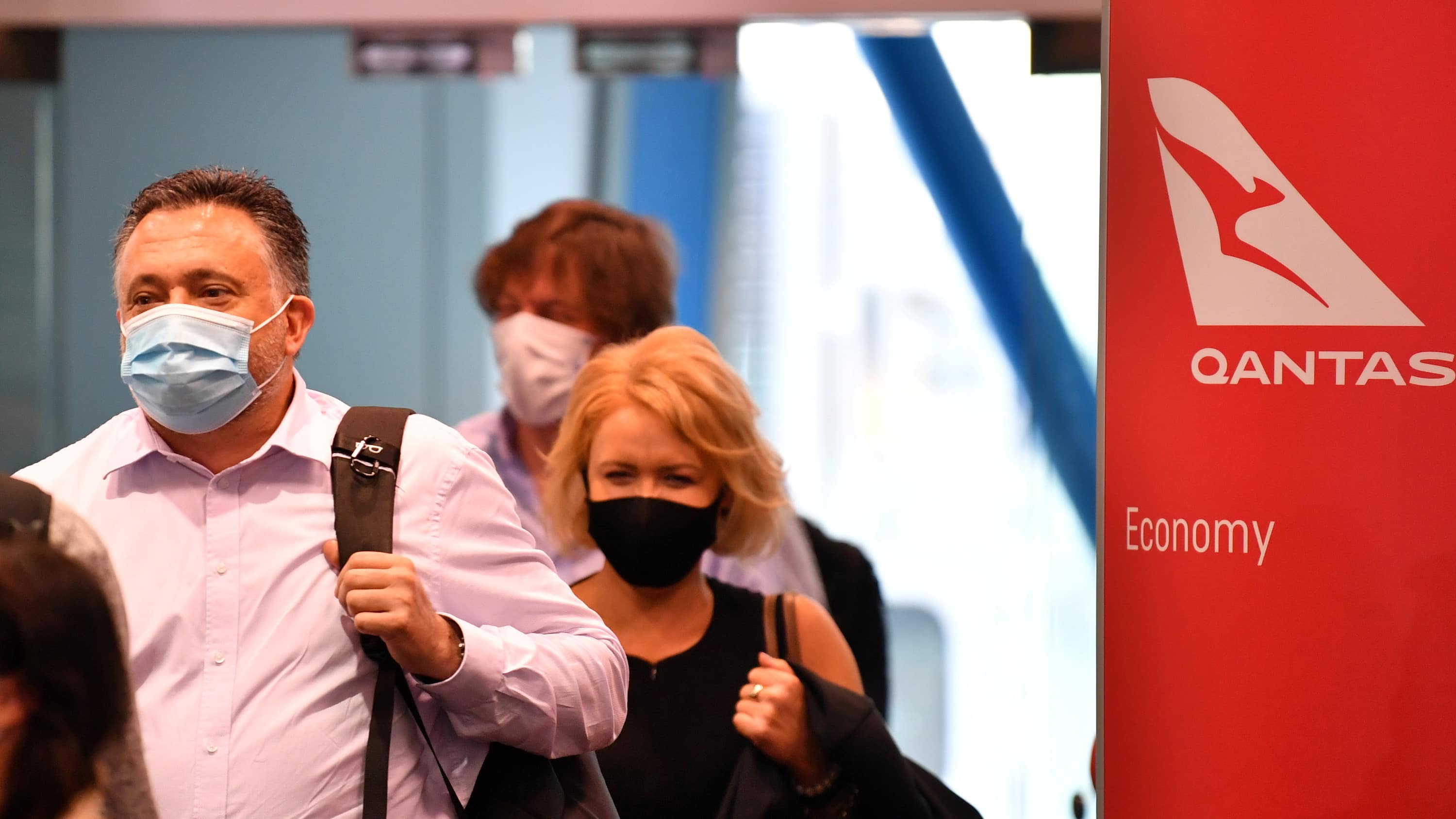 Qantas airline CEO Alan Joyce said his company is looking at requiring international passengers to be vaccinated for COVID-19 before boarding a flight, as the industry appears headed in that direction. (Dean Lewins/AAP Image/Reuters) 0:48

Wilson said it’s likely mass gathering events, such as concerts and professional sports competitions, also will require some sort of proof of immunization before allowing tens of thousands of people to congregate in one place with the virus still rampant.

“I think going to a stadium of fifty thousand people and scanning for proof of immunization — I could easily see that becoming a routine process in the short run, at least until we get the virus under control,” he said.

Just as metal detectors became ubiquitous after the 9/11 terrorist attacks, he said, proof of immunization will become more routine.

“Heavy-handed measures are needed to help us get to that better place. It’s not like our liberties aren’t already restricted,” he said.

Ticketmaster, the largest seller of tickets for concerts and events, has said there is “absolutely no requirement from Ticketmaster mandating vaccines/testing for future events,” but it is exploring new safety features that event organizers might decide to employ once events begin again.

Those features could include a way for digital tickets to be linked to vaccine status, negative test results and health declarations.