Campbell Soup downgraded at JP Morgan: ‘We see a sale as an unlikely outcome’ 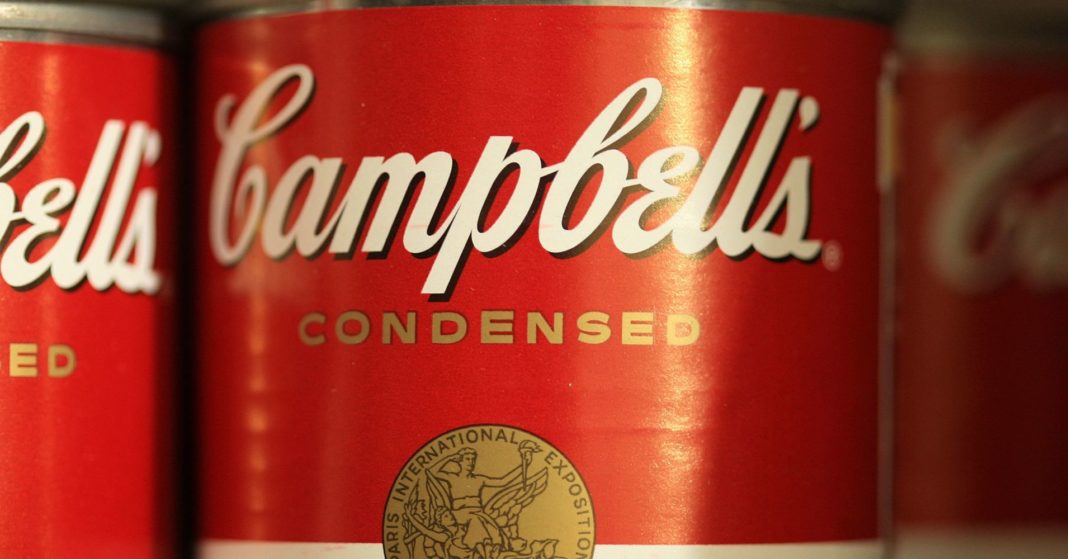 J.P. Morgan Chase downgraded Campbell Soup shares to underweight Friday, arguing that the food company will be hard-pressed to attract a buyer should board leadership elect to pursue a sale.

While J.P. Morgan’s Ken Goldman agreed with a growing chorus of frustrated shareholders to pressure company leadership into selling, he wrote the path to a sale remains uncertain.

The rerating of Campbell’s stock comes a day after a securities filing revealed that renowned shareholder activist Third Point and founder Dan Loeb recently built a 5.65 percent stake in the 149-year-old company with plans to goad board members into a sale.

“Although we agree with Third Point that Campbell Soup’s best option is to sell, we see a sale as an unlikely outcome. If we are wrong and a sale does take place, we wonder how much of a premium a suitor is willing to pay,” Goldman wrote Friday. “We think the appeal of buying all of Campbell Soup is limited; we are not sure which potential suitors would take on the risk, including Kraft Heinz.”

Campbell said in a statement Thursday that its board “remains dedicated to delivering a go-forward strategy that will drive value for all shareholders.” It said it looks “forward to sharing the details of our plans when the company reports its fourth-quarter and full-year results on August 30 and engaging with our shareholders on our strategic plan.”

The fate of the company likely remains in the hands of its largest shareholders, many of whom are direct descendants of John P. Dorrance, the man often credited for condensed soup.

The board, led by Mary Alice Malone (18 percent stake) and Bennett Dorrance (roughly 15 percent stake) have not yet indicated whether they would agree to abandon their holdings, though both have historically opposed a sale of the company their grandfather made famous and once owned in full.

However, hopes of a sale received a boost Thursday after Third Point’s 13-D filing revealed that George Strawbridge, a third descendant and major stakeholder, agreed to team up with the New York-based hedge fund.

“A constructive thesis we heard yesterday on CPB is that if Mr. Strawbridge can be ‘flipped,’ as he recently was, then perhaps other directors can be, too,” J.P. Morgan’s Goldman added.