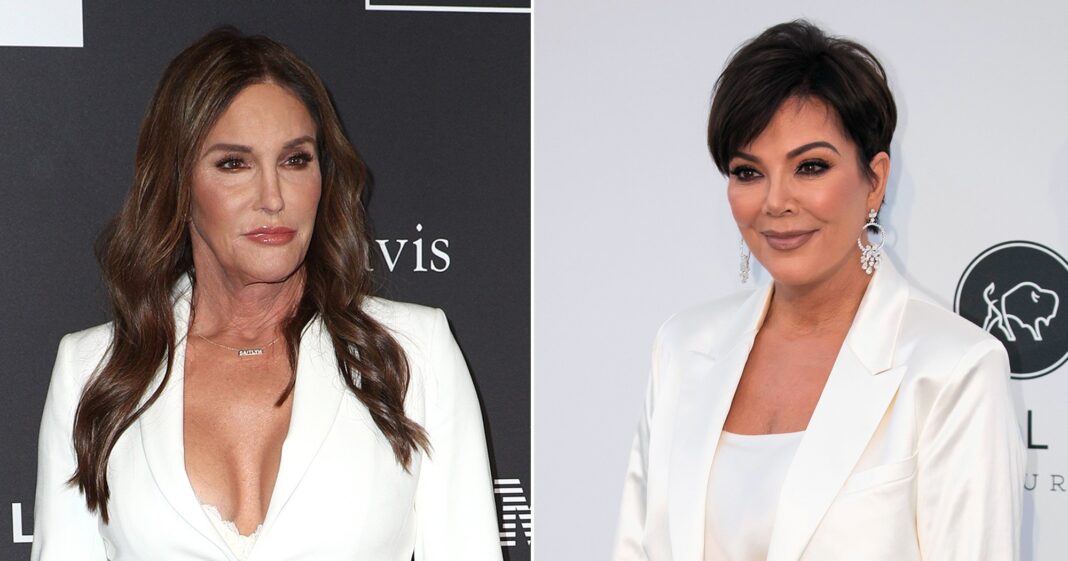 Caitlyn Jenner and her mother, Esther Jenner, are not on the same page when it comes to keeping up with the Kardashians.

Caitlyn Jenner Through the Years

After Esther, 93, dissed the famous family, a rep for the 70-year-old Olympian clarified Caitlyn’s current relationship with her ex-wife Kris Jenner.

“Caitlyn’s team adamantly denies her mother’s statements as they do not represent Caitlyn’s sentiments or feelings towards the show or Kris Jenner,” the statement reads. “Caitlyn has time and time again said that the show is the best thing that has happened to their family, and is on great terms with Kris. Her team was shocked – and never consulted – to hear of Esther speaking to press.”

Esther made headlines on Wednesday, November 20, after she told the Daily Mail that she wasn’t “found” of Keeping Up With the Kardashians.

“There was no plot, and why it was such a hit I’ll never know, and I guess it still is,” Esther said, claiming Kris made Caitlyn “look unassertive and spineless” on the series. “She made [Caitlyn] look like a milquetoast man.”

Caitlyn and Kris, who share daughters Kendall and Kylie Jenner, tied the knot in April 1991. After months of speculation, Us Weekly broke the news in 2013 that the twosome called it quits. The former couple finalized their divorce in March 2015, one month before the I Am Cait alum announced her transition.

While Caitlyn is seemingly on good terms with the Kardashians now, Kris and daughters Kourtney, Kim and Khloé Kardashian were upset with the former athlete after she slammed the family in her April 2017 book, The Secrets of My Life.

“I read it and basically the only nice thing she had to say was that I was great socially at a party one time,” Kris said on KUWTK at the time. “None of it makes sense. Everything she says is all made up.”

While Khloé, who was very vocal about the book, was noticeably absent from Caitlyn’s 70th birthday party earlier this month, a source told Us that there is no “bad blood” between them.

“Khloé had something the night of Caitlyn’s birthday celebration at Nobu, but Khloé and Caitlyn aren’t fighting. They have fixed [their relationship],” the source said. “Kylie and Khloé are so tight and like best friends, so she would never be rude to Kylie and disrespect Kylie’s dad by not going [to the party].”