Caisse to sell off remaining oil assets by next year 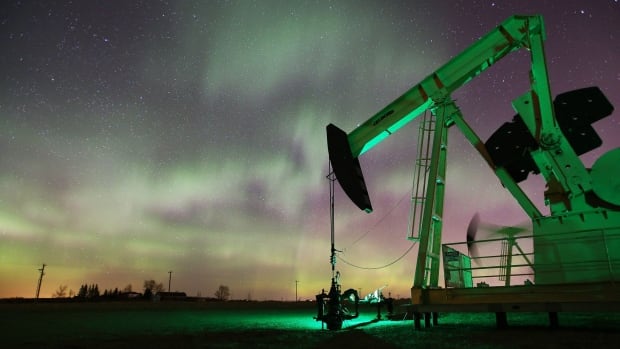 Caisse de dépôt et placement du Québec says it will divest all of its oil investments by next year as part of the pension plan’s plan to help combat climate change by cutting its carbon footprint in half by 2030.

A core plank of the policy is to divest all assets that produce crude oil products by the end of 2022.

“The climate situation affects everyone, and we can no longer address it with the same methods used a few years ago,” CEO Charles Emond said. “We have to make important decisions on issues such as oil production and decarbonizing sectors that are essential to our economies.”

LISTEN | Can your pension investments be greener?

What On Earth35:52Why climate change may put your investments at risk

From net-zero pledges to sustainable portfolios, it appears the finance industry is acting on climate change. But Canadian pensions and other funds are still heavily invested in fossil fuels. We look at how our money can be part of the solution. 35:52

The pension plan has been selling off assets in the oil sector, but the declaration means it will move ahead with selling off what it has left.

According to regulatory filings, as of the end of June 2021, the fund owned sizeable stakes in a number of oil companies including:

The company owns smaller stakes in other public oil companies, along with potentially several more private investments, and large stakes in oil-related companies such as pipelines and natural gas.

Overall, the Caisse has about $390 billion worth of assets, and about one per cent of them — just under $4 billion — are tied up in oil-related investments.

Public pension funds such as the Caisse have come under increasing pressure in recent years to use their sizeable financial might to try to influence climate policy by investing in companies committed to sustainability.

Warren Mabee, director of the Institute for Energy and Environmental Policy at Queens University in Kingston, Ont., says the move shows how the mindset of the investment community has changed.

“It tells you that the managers of this fund are confident that there are better investment opportunities out there,” he said in an interview with CBC News. “I think what’s held some of these funds back in the past is that it would be hard to get away [from fossil fuels] and still generate the same kind of profit. Now I think we’re starting to see companies saying, yes, we can actually perform as well or better.”

He said the investment community is also starting to see the financial cost of ignoring environmental impacts.

“The market used to have a lot of tolerance for that kind of environmental pollution [but] investors are starting to move away from that, and that is again another wake-up call for the industry,” he said.

“For Canada’s energy industry, this is a signal that some of the moves that they’ve made in recent years to try to reduce their carbon footprints or to diversify their operations or make their operations more efficient are not necessarily being seen by the investment community as enough.”

The fund also says it will move its oil money to other investments, with a view to buying up $54 billion in “green assets” by 2025.

And it has set aside a $10 billion “transition envelope” to invest in carbon-intensive companies outside the energy sector that are trying to go more sustainable. Those industries include makers of raw materials such as metal and plastics, transportation companies upgrading their fleets to use green vehicles and alternative fuels, and agriculture companies such as fertilizer manufacturers.

“With this new strategy, we are demonstrating our leadership as an investor and entering the next stage of climate investing. We believe this is in the interests of our depositors, our portfolio companies and the communities we invest in,” Emond said.

Overall, the pension fund says it plans to reduce its total carbon footprint by 60 per cent by 2030.

The pension fund first announced climate targets in 2017, and Tuesday’s report shows that it is ahead of that schedule, and advancing its targets even further. The green investment target is three times what the fund owned in 2017, for example.

“In practical terms, we want to increase the supply of renewable energy as well as sustainable mobility and real estate, to contribute directly to the decarbonization of our economy,” Emond said.