By invoking the Emergencies Act, Trudeau tries to seize a new crisis 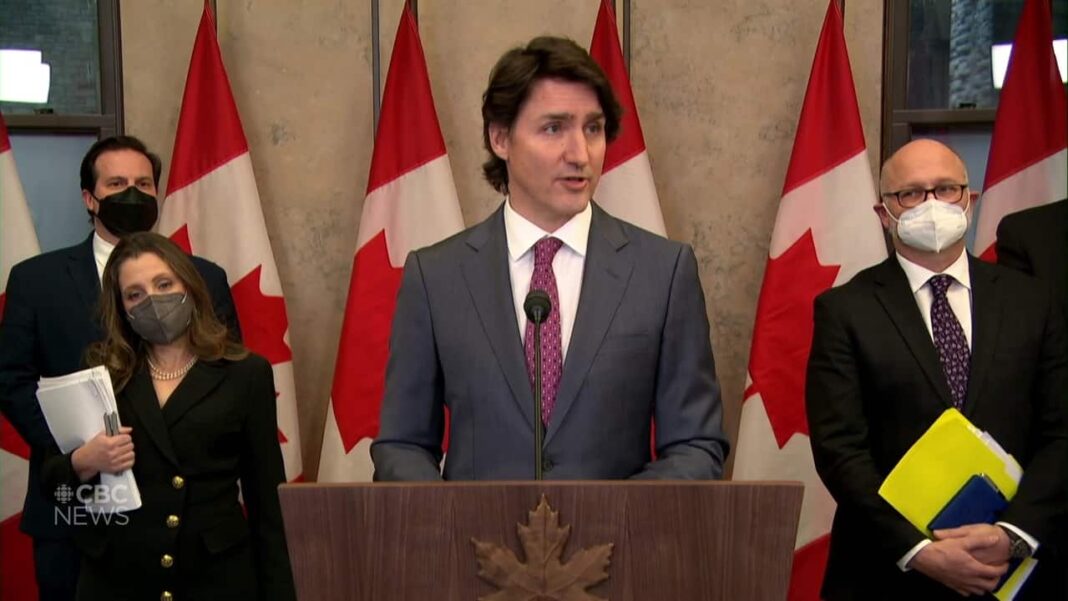 This was not a “just watch me” moment. Even if another prime minister named Trudeau will now own the implications of another unprecedented attempt to come to grips with a new crisis.

There was no swagger from Justin Trudeau. He was at pains to explain that his government’s actions under the Emergencies Act would be “time limited, “geographically targeted,” “reasonable” and “proportionate.”

After carefully listing the “tools” that would be employed, Trudeau made a point of being “equally clear” about what he was not doing. He was not calling in the military, nor suspending fundamental rights, nor overriding the Charter. He was not limiting freedom of speech or freedom of peaceful assembly.

Justin Trudeau was not, in other words, doing as his father had done when Pierre Trudeau invoked the War Measures Act in October 1970.

He did not ridicule the views held by some of the protesters — as he has done in the past — nor did he take the bait when reporters offered him chances to criticize the Ottawa police and Ottawa Mayor Jim Watson. There were no pithy one-liners that will echo through history, though there were at least a few sentences that underlined the gravity of this moment.

WATCH | Trudeau announces he will invoke Emergencies Act for 1st time ever: 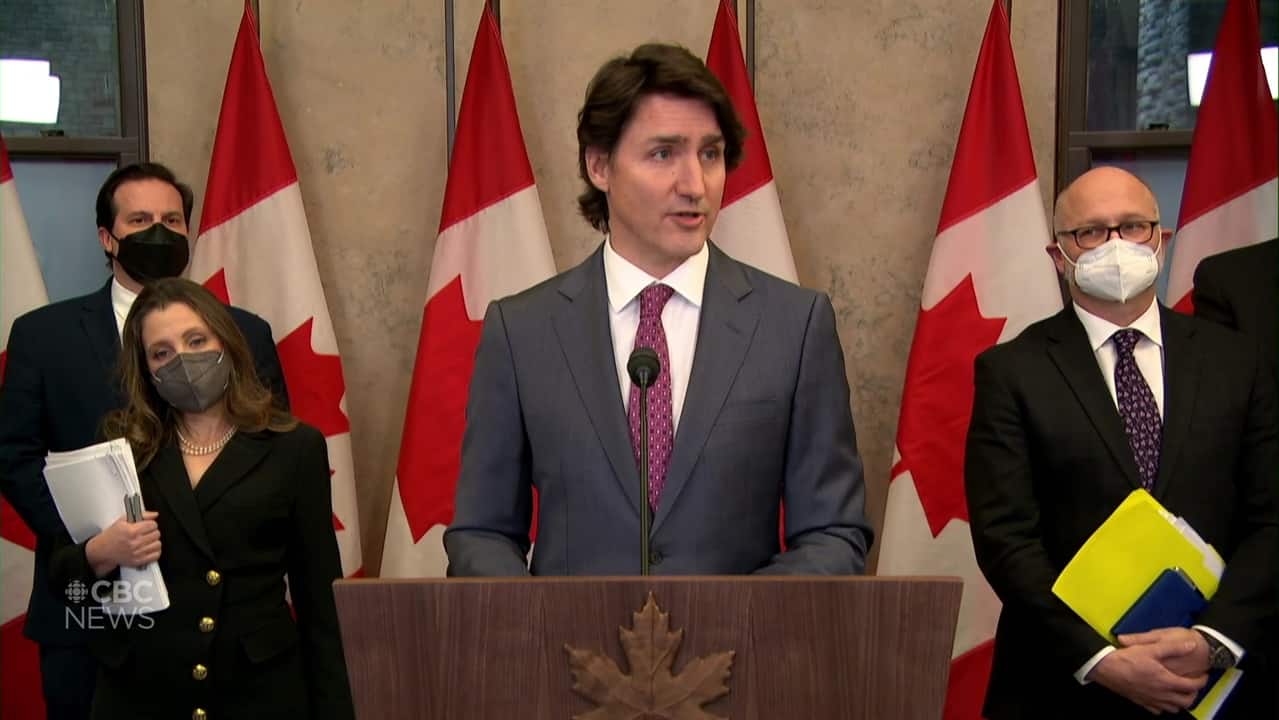 Prime Minister Justin Trudeau explained how the Emergencies Act will be used to deal with the ongoing protests in the nation’s capital and at some Canada-U.S. border crossings. 1:35

A measure of ‘last resort’

“It is now clear that there are serious challenges to law enforcement’s ability to effectively enforce the law,” Trudeau said. “This is about keeping Canadians safe, protecting peoples’ jobs and restoring confidence in our institutions.”

That confidence needs to be restored is indicative of a crisis, but Trudeau also stressed that he was taking a measure of “last resort.”

Though every situation is unique, it is fair to say Trudeau and his government — a team that is generally averse to sudden movement — aren’t quick to act aggressively when they find themselves in a difficult situation.

They mostly ignored the provocations of Donald Trump while the North American Free Trade Agreement was being renegotiated, and they declined the Conservative party’s demands to poke a stick in China’s eye while Michael Spavor and Michael Kovrig were imprisoned.

When the Walloons threatened to scuttle a trade deal with Europe, Chrystia Freeland responded with sadness, as opposed to anger. When British Columbia Premier John Horgan got in the way of the Trans Mountain pipeline expansion he wasn’t threatened with reprisal.

In some cases, that reluctance to stoke the fires may have worked out in the end. In the case of British Columbia, it may have led to the federal government owning a pipeline.

Almost exactly two years ago, Trudeau stood in the House of Commons and appealed for “patience” in the face of railway blockades organized by Indigenous protesters. That patience would run out just four days later and the most significant blockade would end in arrests.

But before that, Andrew Scheer, leader of the Conservative party at the time, called Trudeau’s speech “the weakest response to a national crisis in Canadian history.”

Two years later, after some Conservatives cheered on the Freedom Convoy as it rolled into Ottawa, interim Conservative leader Candice Bergen led question period on Monday by asking the government whether invoking the Emergencies Act might “escalate” the conflict.

Alberta Premier Jason Kenney, who cited a “general atmosphere of lawlessness” two years ago when his government introduced a law to penalize those who block critical infrastructure, similarly worried that federal action might “inflame” the current situation. Awkwardly, his concern for the temperature was stated just moments after he described federal vaccine mandates as little more than “political theatre.”

Polls suggest support for mandates, but not Trudeau

But the Angus Reid Institute poll also found that 65 per cent of respondents felt Trudeau had made the situation worse.

Some of those people might think Trudeau has needlessly inflamed the situation with either his policies or his comments about the views of some protesters.

That would seem to be the view of most Conservatives.  But leading Conservatives also called for Trudeau to sit down with the protesters — regardless of the precedent that would be set by a prime minister agreeing to negotiate with a group that came to Ottawa with the stated purpose of overthrowing the democratically elected government.

Some other share of that 65 per cent might wish the prime minister had been a more forceful public presence in the first few days of the occupation of some of the streets around Parliament Hill, or that the federal government had acted faster to impose order.

Blame for the current situation could be fairly directed at different levels of government — the situations in Ottawa and Windsor, Ont., are officially within the jurisdiction of the municipalities and province. The federal government doesn’t direct the police, and there are good reasons for that.

But the longer problems persist in the nation’s capital or at the nation’s border crossings, the harder it is to say that this is primarily someone else’s problem.

And with citizens in Ottawa taking the law into their own hands and American officials worrying aloud about the flow of commerce, there was an observable absence of peace, order and good government.

Which is not to say that invoking the Emergencies Act was necessarily the right move or the inevitable move — that will become clearer in the days ahead and as the events of the last two weeks are more fully aired. 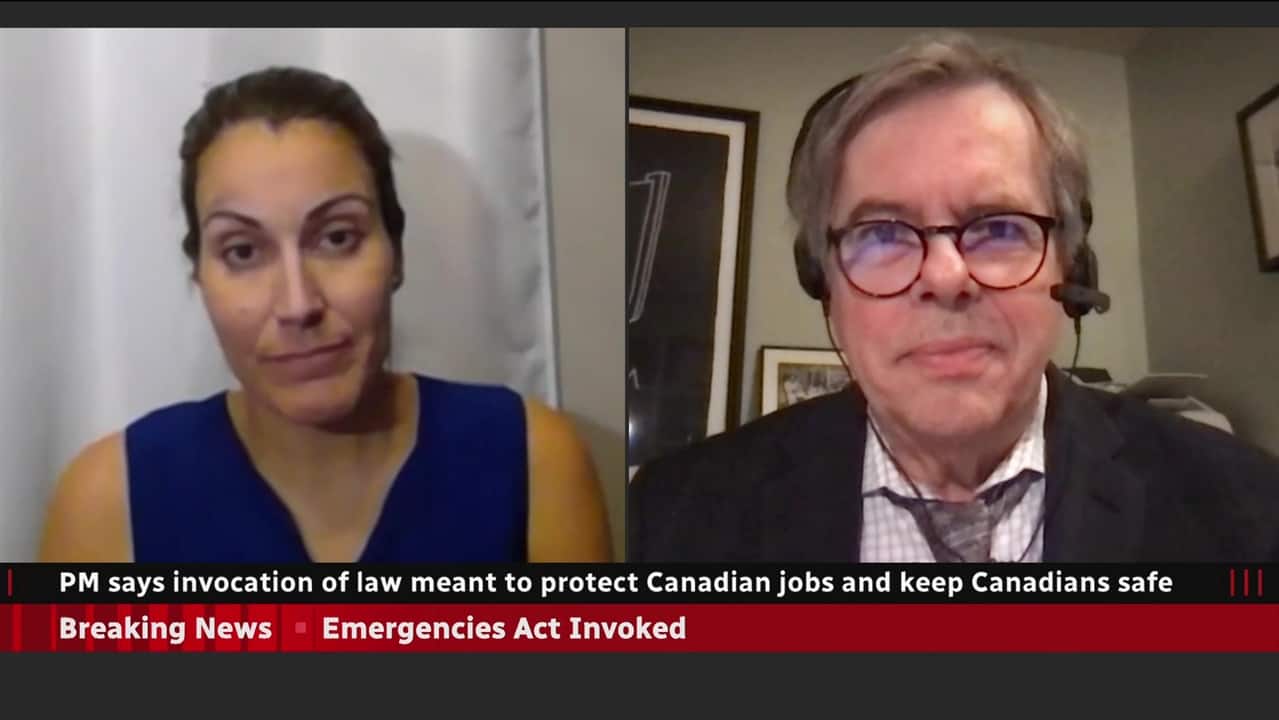 Prime Minister Justin Trudeau invoked the Emergencies Act: was it the right move?

Whatever the lack of action hero dialogue — and whatever the risks of taking unprecedented action in the midst of unpredictable tumult — Trudeau took new ownership of a modern crisis on Monday.