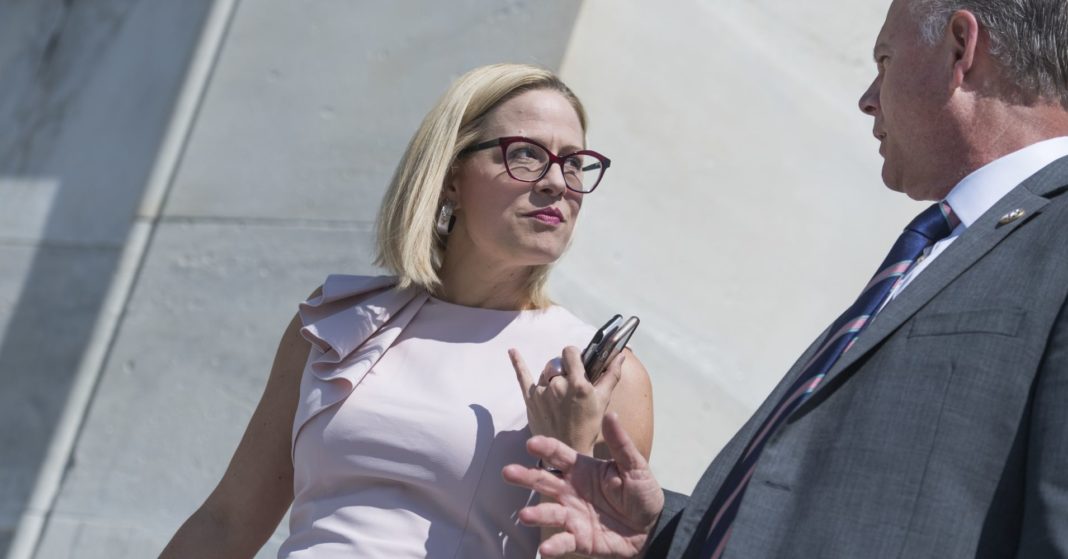 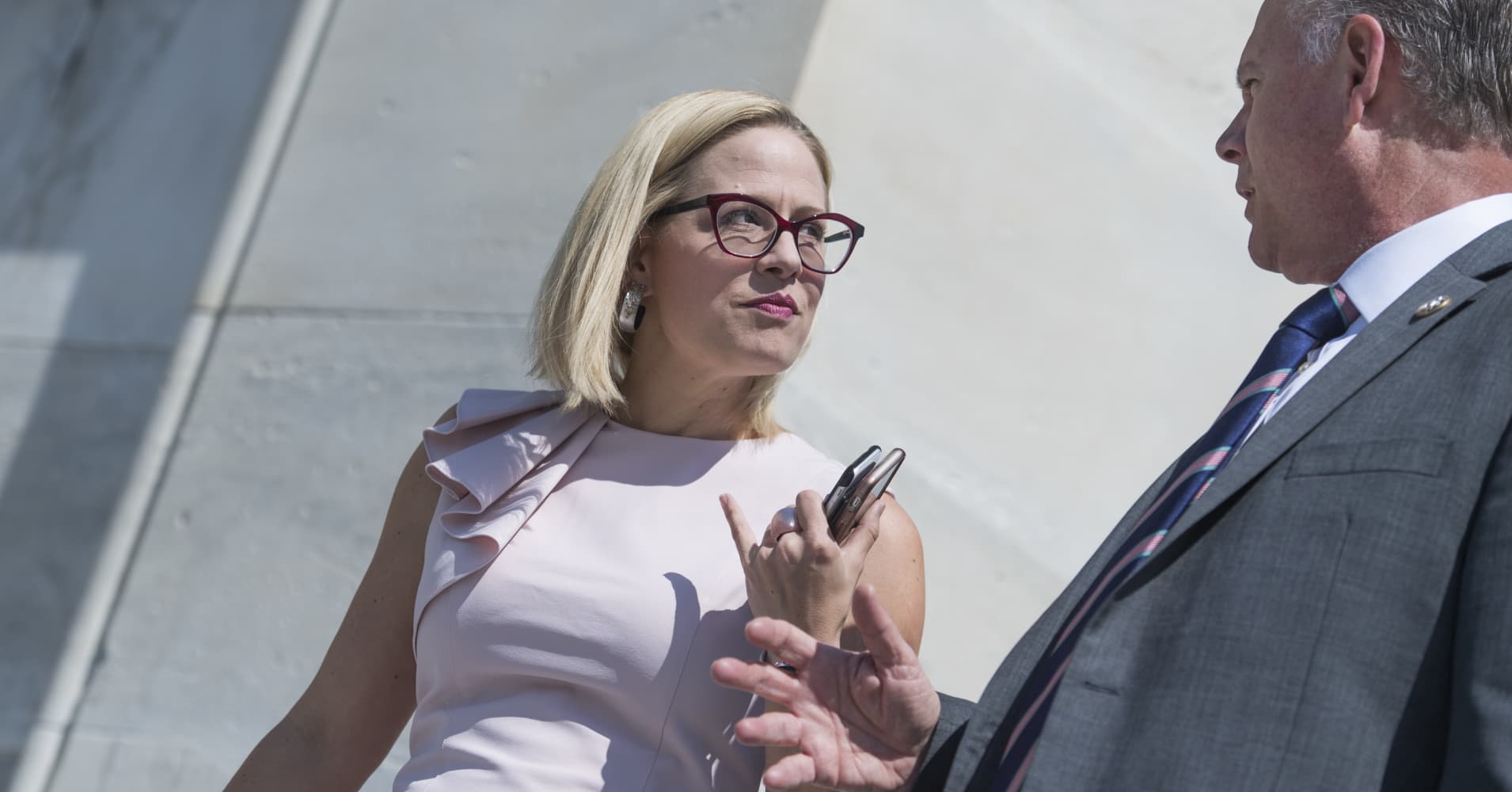 The race for retiring Arizona Republican Jeff Flake’s U.S. Senate seat is a muddled battleground this year, and that could be good news for Democrats.

While the GOP candidates are embroiled in an intraparty battle ahead of Tuesday’s primary, the anticipated Democratic nominee, Rep. Kyrsten Sinema, is pouring millions of dollars into ads targeting independent voters who are key to flipping the seat.

In an all-out fight for the GOP nod, two conservative firebrands are splitting up the Arizona party’s base. It has given establishment pick Rep. Martha McSally a consistent polling advantage. Seen as a pragmatic legislator who could pick up moderate voters, McSally is expected to beat Kelli Ward and former Maricopa County Sheriff Joe Arpaio, an immigration hardliner whom President Donald Trump pardoned over a criminal contempt conviction.

Flake bowed out of his re-election bid after facing a revolt from the Arizona Republican base over his public criticism of the president. Unlike Flake, the three GOP candidates in Tuesday’s primary have backed Trump.

But the Republican candidates have failed to engage with the independent and moderate voters who will likely determine the election outcome, GOP strategists said.

Sinema has a commanding lead over civil rights attorney Deedra Abboud in polls ahead of the Democratic primary.

“Sinema has been bidding for the general election this whole time, while the Republicans have been battling amongst themselves in the primary,” said Chuck Coughlin, a Phoenix-based Republican strategist. “This will be a problem for whoever the Republican nominee is.”

He said he expects McSally, who is favored by Senate Majority Leader Mitch McConnell, to win the primary.

National Republicans, concerned about Sinema’s chances of winning the seat, are hoping to lock down McSally’s bid with a Trump endorsement. But the president has been noncommittal to requests from the National Republican Senatorial Committee.

Whoever captures the Republican nomination will have a small window of time to gain votes and catch up with the Democratic frontrunner before the November general election.

Ward and Arpaio have split the hardcore conservative base, leaving neither of them much of a chance to win Tuesday.

Ward, an osteopathic doctor who lost to incumbent Sen. John McCain in a 2016 Senate bid, has not held back in her bid to capture far-right voters. She embarked on a tour a week before the primary with extreme right-wing personality Mike Cernovich. He is best known for promoting the debunked “Pizzagate” conspiracy theory, which alleges that top Democrats led a pedophilia ring.

Arpaio, who was convicted of criminal contempt when a judge found that he had ignored a court order to end racial profiling, is trailing far behind in fundraising and polling. His campaign serves few purposes other than to boost his face value, raise money and siphon conservative votes from Ward, GOP strategists said.

“Arpaio wrecked Kelli Ward’s race,” said Mike Noble, chief pollster at OH Predictive Insights, a Phoenix-based research polling company. “He has no campaign strategy and he’s firing in all directions. We have a better chance of finding a photo of Sheriff Joe wearing pink underwear than to see him as a senator in Arizona.”

The president’s elusive endorsement has also complicated the GOP primary, strategist Coughlin said. Days before the election, all three Republicans are vying to cast themselves as Trump’s preferred candidate.

While none of them has secured the president’s support, they are all acting like they have. McSally’s campaign has disseminated newsletters touting the president’s recent praise of her at a bill signing. Ward mailed a photo of herself with Trump along with a portion of a 2017 Trump tweet praising her decision to run. Arpaio has long boasted his loyalty to Trump, telling Republicans in Oro Valley earlier this year that if the president’s approval rating plummeted to 1 percent, he’d still back Trump.

But strategists say it’s unlikely Trump will endorse any candidate before Tuesday.

McSally has previously criticized the president, calling him “unacceptable” and “disgusting” following the release of the infamous “Access Hollywood” tape, in which Trump graphically boasted about groping women. But she has since publicly embraced the president in a move to attract right-wing voters, strategists say.

As a moderate Republican running in a state like Arizona, where the state GOP is one of the most conservative nationwide, McSally must simultaneously capture the independent and moderate anti-Trump voters, separate herself from hardline conservatism of the other Republican candidates, and hold onto the Trump base, according to Arizona conservative strategist Constantin Querard.

“McSally’s going to need major help from Trump in the general election,” Querard said. “She doesn’t need him for the primary, but once that’s over, you can be sure that he’ll post that complimentary tweet on her behalf.”