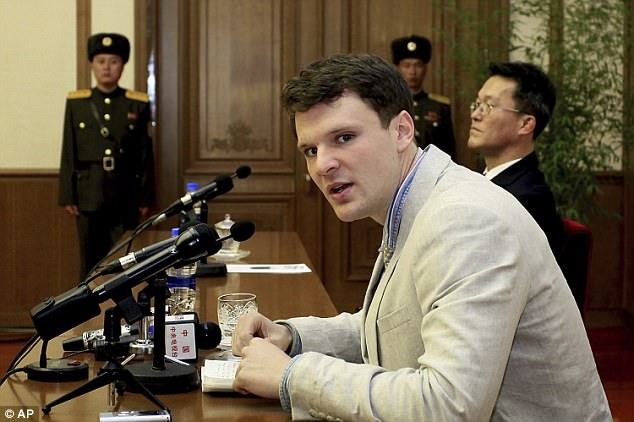 Otto Warmbier, the US student released by North Korea in a coma last week after more than a year in detention, has died, his family said Monday.

The 22-year-old, who had suffered severe brain damage, was medically evacuated to the United States on June 13. He died Monday at 2:20 pm (1820 GMT), surrounded by relatives in his home town of Cincinnati, Ohio.

“It is our sad duty to report that our son, Otto Warmbier, has completed his journey home,” his family said in a statement.

“The awful torturous mistreatment our son received at the hands of the North Koreans ensured that no other outcome was possible,” they added.

Pyongyang said that Warmbier fell into a coma soon after he was sentenced in March of last year for stealing a political poster from a North Korean hotel. The regime claimed the young man fell into a coma after contracting botulism and being given a sleeping pill.