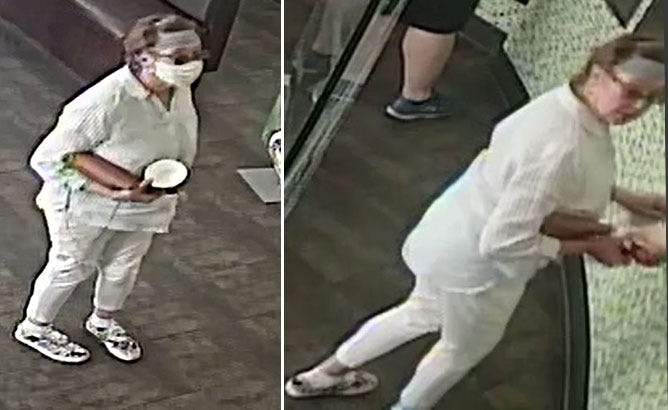 A California woman intentionally coughed on a 1-year-old baby following an argument over social distancing.

The incident, which took place Friday at a Yogurtland in San Jose, California, took place after the woman was standing in line behind the baby, her mother and her grandmother.

Per a statement from San Jose police, the woman was aggravated that the mother, Mireya Mora, was standing too close to her and not practicing social distancing.

The woman removed her face mask, confronted the child in their stroller and coughed in the child’s face repeatedly. She then left the yogurt shop.

Investigators believe the suspect is a white woman in her 60s, per the police department, though her identity has not been confirmed. She has been charged with assault.

Mora told KGO-TV in San Francisco that she believes the attack may have been racially motivated.

“Me and my grandma are Hispanic, and she started telling me about my distance and harassing me and my son once I started speaking Spanish to my grandma,” she said to the station.

Her son had a slight fever after the woman coughed on him, she added, but has fortunately since recovered.