A U.S. Customs and Border Protection official withheld a journalist’s passport until he admitted to writing “propaganda,” the reporter says.

Ben Watson, a reporter with Defense One, a news outlet that covers defense and national security, was returning from an assignment in Denmark. He said the flight had been long, and the pileup at the permanent resident reentry aisle was sluggish. So sluggish, Watson jokingly began “mooing,” he said.

By the time he finally reached the passport screening official, Watson was hoping to breeze by. Instead, the official repeatedly asked Watson if he wrote propaganda.

Here’s how Watson recalled the conversation, as published in Defense One:

CBP officer, holding Watson’s passport: “What do you do?”

Watson: “No. I am in journalism. Covering national security. And homeland security. And with many of the same skills I used in the U.S. Army as a public affairs officer. Some would argue that’s propaganda.”

Watson waited five seconds. Then: “For the purposes of expediting this conversation, yes.”

Watson, again: “For the purposes of expediting this conversation, yes.”

At that point, the CBP officer handed back the passport.

Watson told USA TODAY he called his wife shortly after the encounter, and that’s when things really began to sink in.

“Talking with my wife, I began to process it, and it began to feel totally abnormal. And I hope it doesn’t become normal,” Watson said Saturday.

Watson has filed a civil rights complaint with the Department of Homeland Security.

CBP is investigating Watson’s claim, the agency said in a statement.

“Customs and Border Protection is aware of the allegation posed by a Defense One editor about an officer’s alleged inappropriate conduct at Washington Dulles International airport and we are investigating the allegation,” a spokesperson said. “We hold our employees accountable to our core values of vigilance, integrity, and service to country, and do not tolerate inappropriate comments or behavior by our employees.”

Freedom of the press: Committee to Protect Journalists broke own rule to protest Trump

Watson said that, since the incident, journalists who have experienced similar treatment have been contacting him. While Watson said he can’t validate any of their stories, he’s certainly hearing a lot of them.

“I’m finding more stories every time I open my inbox or check my text messages. That’s alarming. I didn’t expect that. I figured a little bit … but not how much I’ve heard,” Watson said. “It’s interesting how people feel empowered in a way to share this.”

In February, a CBP agent similarly questioned a BuzzFeed News reporter at New York’s JFK Airport, asking the reporter about coverage of President Donald Trump, according to BuzzFeed. CBP later apologized for the official’s conduct.

In May, a freelance journalist said he was detained by CBP for hours after returning home to Austin, Texas. Officials even parsed through the photos, videos, and communications on his iPhone, the reporter said.

In August, a journalist passing through Los Angeles International Airport said a CBP official accused him of “being part of the ‘fake news media,'” and wanted to know if he had ever worked for CNN or MSNBC.

“He let me go after I said that I was just here to write about ‘Star Wars,’ and would keep the fake news about that to a bare minimum,” journalist James Dyer said in a Twitter thread that quickly went viral.

The incident at Dulles Airport has also been met with outrage on social media. Watson’s colleague, Katie Bo Williams, called the CBP official’s behavior “genuinely disturbing” in a Tweet on Friday.

This 1st-person account from my colleague @natsecwatson is genuinely disturbing & you should read it.

On learning he was a journalist, a customs officer at Dulles asked him *four* times “You write propaganda, right?” & held his passport until he said yes. https://t.co/cVAjBuaSCr

Threats against journalists in the U.S. are becoming standard. In April, Reporters Without Borders dropped the U.S. to No. 48 out of 180 on its annual World Press Freedom Index.

“As a result of an increasingly hostile climate that goes beyond Donald Trump’s comments, the United States has fallen three places in this year’s Index and the media climate is now classified as ‘problematic,'” the organization wrote in the report. 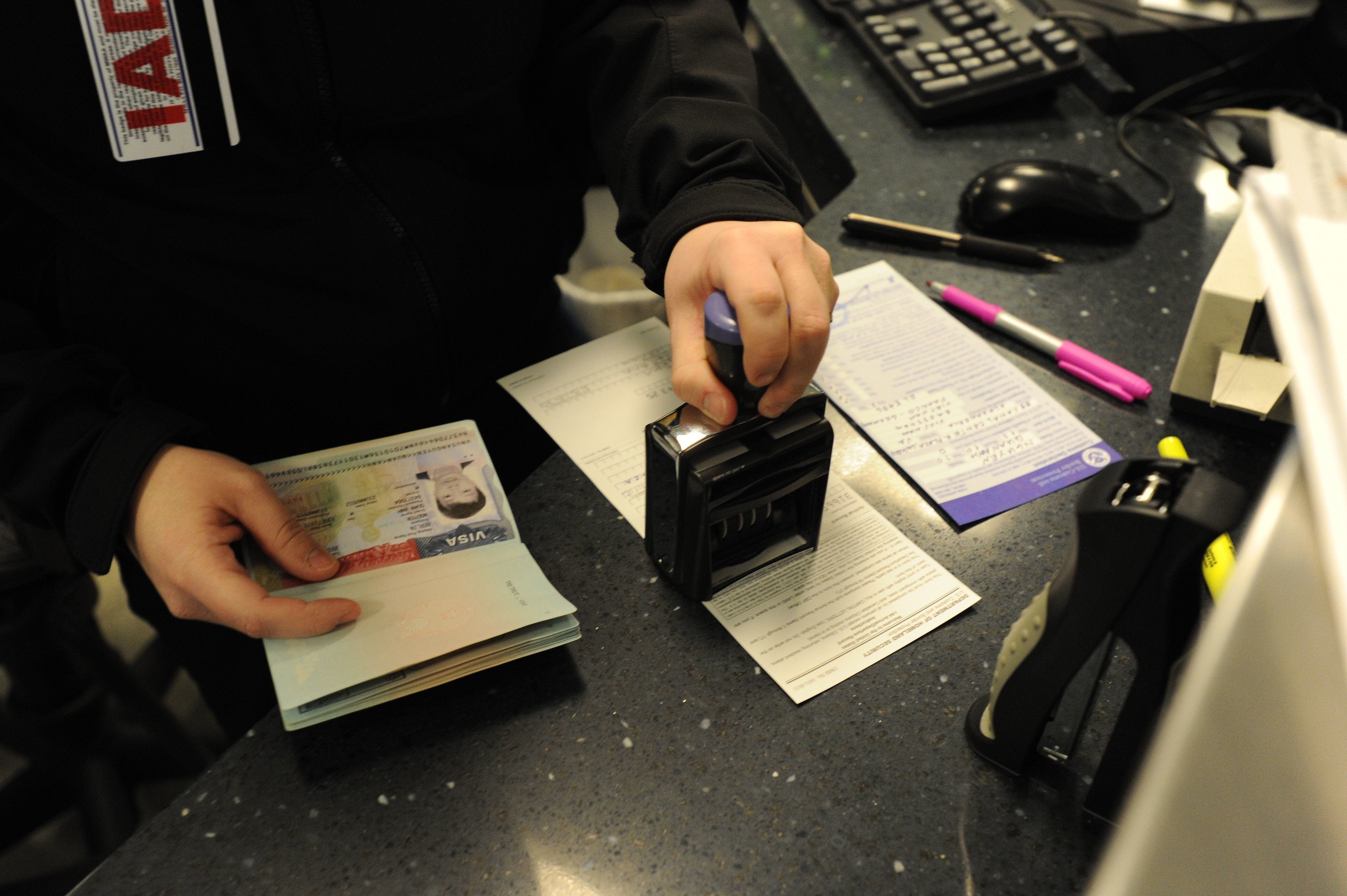