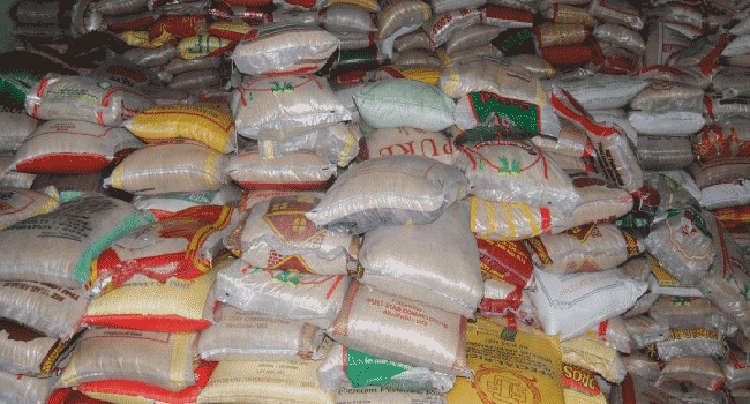 The National President of Rice Farmers Association of Nigeria, Aminu Goronyo, on Wednesday, disclosed that in the next few months, a 50kg bag of rice would be sold at the rate of N6000.

Goronyo made this known during a meeting between rice farmers, processors and the minister of agriculture, Audu Ogbeh, at the ministry’s headquarters in Abuja.

According to the Farmers’ boss, the anticipated crash in prices is due to wet season bumper harvest by farmers, adding that operators have resolved to reduce the price of a 50kg bag of rice, which is currently priced within the range of N15,000 to N17,000, to N13,000.

“This is just the beginning. The actual price will still come down because we are expecting a bumper harvest this year; we have sat down with the millers and agreed that we will work together for the interest of Nigerians,” he said.

Mohammed Abubakar, chairman, Rice Processors Association of Nigeria (RIPAN), said the associations had signed a memorandum of understanding (MoU) to slash the prices of both paddy and processed rice.

Ogbeh commended the associations for their decision to slash the price of locally produced rice.

The minister, who noted that the biggest challenge facing rice farmers in the country was smuggling, said the move would aid efforts to stamp out rice smuggling into the country.

“Let me express the appreciation of President Muhammadu Buhari and the Vice-President, Prof. Yemi Osinbajo, to both farmers and millers because nobody can calculate what you have done to rescue our country that was very close to disaster,” he said.

“What you have done is going to save us from a lot of difficulties. What we want to promise you is that we will help you ease the burden of rice farming.

“Last year, we procured 80,000 threshers; this year, we will procure another 2,500 threshers and we are bringing in small reapers for distribution to rice farmers.

“The equipment will enable them to cut the rice, thresh it, winnow it and put it in sacks; It will take away all the stress which makes rice farming very difficult so that you can keep to the price of N110, 000 per tonne of paddy that we agreed.

“If we are able to keep these prices stable and we are able to contain smuggling, I hope you will keep us informed when there are any challenges confronting you because no country can claim to be strong if its citizens are hungry.

“Let everybody know that the price of rice for this Christmas will be good enough for us to eat rice, chicken and fish.”

The federal government had banned the importation to improve local production and some states like Lagos and Kebbi have jointly produced rice for commercial activities in their states.

Data made available by the National Bureau of Statistics show that export activities in the agricultural sector has been on the rise in 2017.