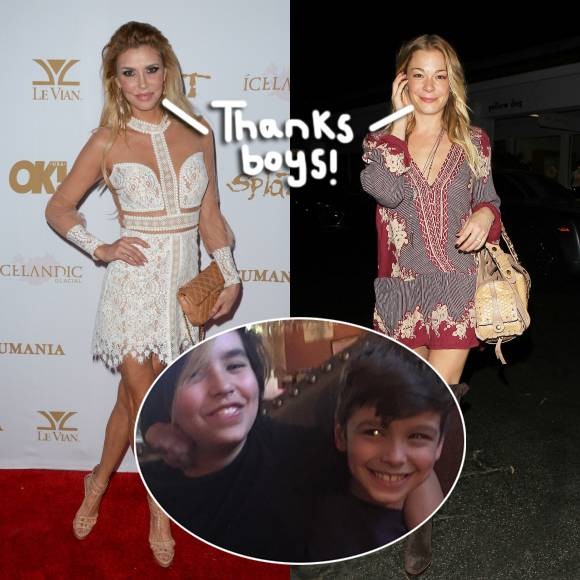 Brandi Glanville is accusing LeAnn Rimes of keeping tabs on her and her romance.

According to the Real Housewives of Beverly Hills alum, ex-husband Eddie Cibrian‘s famous wife has been following Glanville’s  relationship with her boyfriend Donald Friese.

“As much as I try and make things great, it’s just been constant,” Glanville told E! News at the Babes for Boobs Charity Auction Thursday night. During the interview, she claimed Rimes has been “going after” her boyfriend and “checking his stuff.”

“It’s never really gone away, but ever since I have been in this happy relationship, it seems that everything has been amped up,” she said of their drama. “I don’t understand.”

While she did not want to go into specifics, the mother of two did suggest that her two sons, Mason, 14, and Jake, 10, have been brought into the mix of their ongoing disharmony.

“It’s just been a lot of things that have come up, and when you bring my kids into it, is when it’s no mas por favor. When you use my kids as a weapon…to hurt me, that’s when I come for you because I am mama bear,” she told E! News. “She tried to get them involved and that’s not fair.

Earlier this week, she appeared on E!’s Daily Pop, where she speculated Cibrian will divorce Rimes after 10 years of marriage.

“In the state of California, after 10 years, you are entitled to half of everything that the other person has and that’s it,” she elaborated to E! Thursday night. “I really believe he is putting in his 10 years.”

She and Cibrian married in 2001 and filed for divorce in 2009 after it was revealed he was having an affair with Rimes. The actor and the Grammy winner subsequently wed in 2011.

“I am happy for them and my kids,” Glanville told E! News. “I want her to leave me the f–k alone.”

Cibrian and Rimes have not returned E!’s request for comment.