‘Bradley has not long to live’ 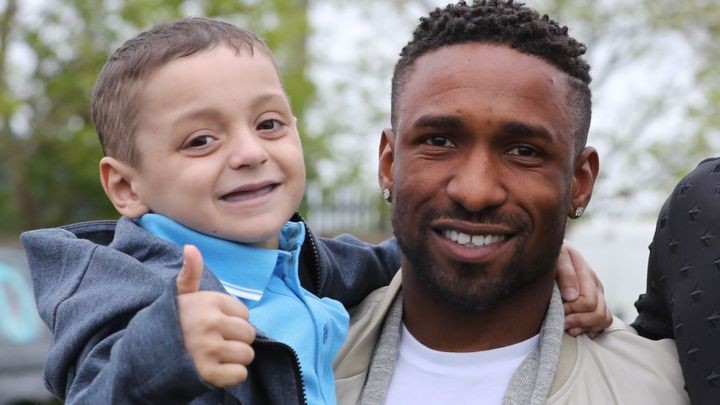 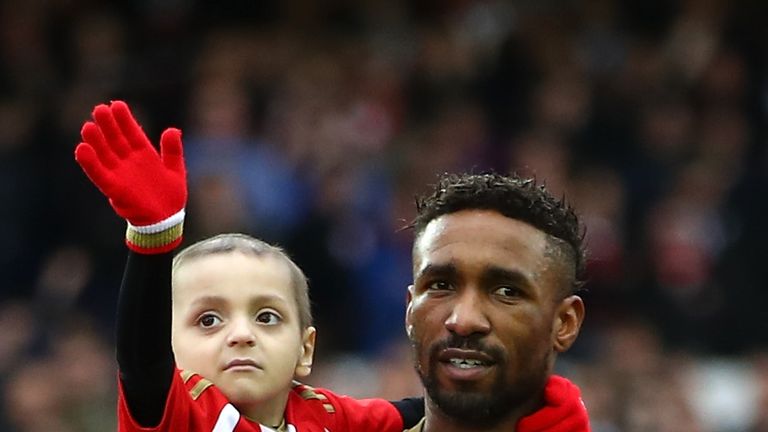 Bradley Lowery has been a mascot for Sunderland and England

The family of terminally ill football mascot Bradley Lowery have said he does not have long to live after his cancer began to spread “at a very fast rate”.

Bradley, who is suffering from neuroblastoma, has touched people around the world with his fight against the disease and formed a special bond with Sunderland striker Jermain Defoe.

A statement on Facebook said a scan had revealed new tumours and he was now receiving palliative care at home.

It said: “Bradley had a scan on Monday and it showed what we feared. Bradley’s cancer is spreading at a very fast rate and he has now got lots of new tumours including in his lungs. Bradley falls asleep next to his hero and best friend, Jermain Defoe

“The lump that was causing pain was originally thought to be an abscess has got bigger and they now believe it’s a tumour. We are heart broken this is happening so fast.

“Bradley is now receiving palliative care at home. He is going for radiotherapy at the end of this week and next week but this is to control the pain in the hope we get him comfortable. “Lots of people keep asking how long has he got to live? I can’t answer this as we don’t know all we know is it’s not long.”

They also said they were in the process of setting up the Bradley Lowery Foundation and that all money raised for him would go towards the new charity. Bradley’s family have been raising funds for his treatment

Bradley’s sixth birthday party last week included fire-eaters, a funfair, marquee, jugglers and stilt-walkers and Defoe and Sunderland keeper Vito Mannone were there to celebrate with him.

Defoe also walked out with Bradley for his England comeback match at Wembley in March.

At the end of last year an appeal to send him Christmas cards ended with him receiving 315,000 through the post.