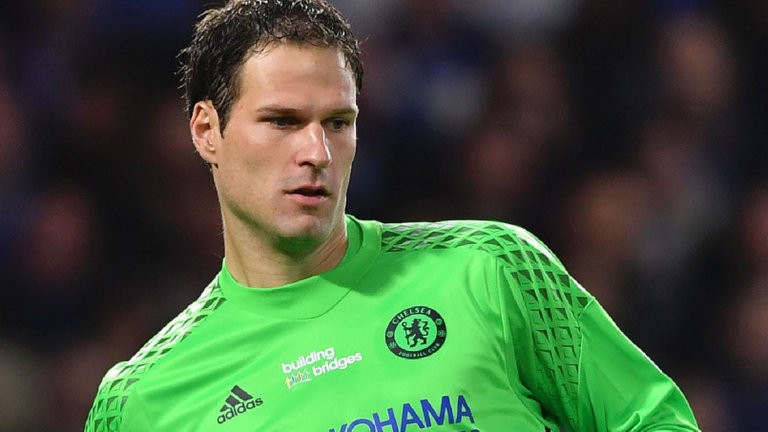 Asmir Begovic admits it was tough to leave Chelsea but the goalkeeper is excited to be joining the Bournemouth “project”.

The Bosnia and Herzegovina international will join the Cherries for £10m this summer after the two clubs agreed a transfer last month.

Begovic joined Chelsea in the summer of 2015 from Stoke on a four-year deal for a fee of £8m, but has only made 33 appearances for the club over the last two seasons.

And the 29-year-old is looking forward to again becoming a first-team regular, at a club with a long-term vision which is of great interest to him. Begovic agreed a £10m move to Bournemouth in May

“I don’t think I’ve been this excited about a project before and I can’t wait to get started.

“It’s not easy to leave a club like Chelsea but at this stage of my career, it’s important to get as many games as I can.

“I’m looking forward to playing regularly again and being part of an ambitious and exciting project. The club want to move forward and I just felt it was the right thing to do at this stage of my career.”