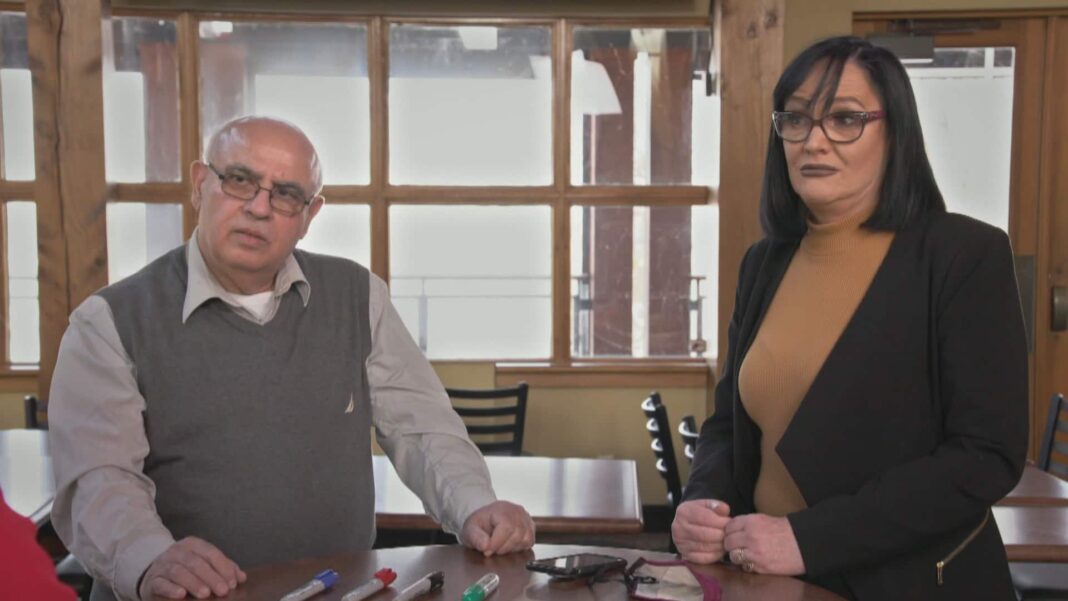 Police forces across Canada are conducting hundreds of no-knock raids each year to execute search warrants despite growing concern about the trampling of charter rights, an investigation by CBC’s The Fifth Estate has found.

Police say they’re used in high risk searches where there is concern the suspect is armed or will destroy evidence.

No-knocks are supposed to be the exception, according to Canadian common law and the Charter of Rights and Freedoms, but The Fifth Estate‘s analysis of court cases and freedom of information data shows they’ve become normal practice for some police forces, especially in Ontario.

“That’s why we should have prior [judicial] authorization as a check on this conduct, which has gotten out of control,” said Ottawa defence lawyer Mark Ertel.

In Canada, investigators need to get a search warrant approved, usually by a justice of the peace, but it’s police, not judges, who decide when a no-knock entry will be used.

WATCH:  Couple say they were terrorized during no knock raid. 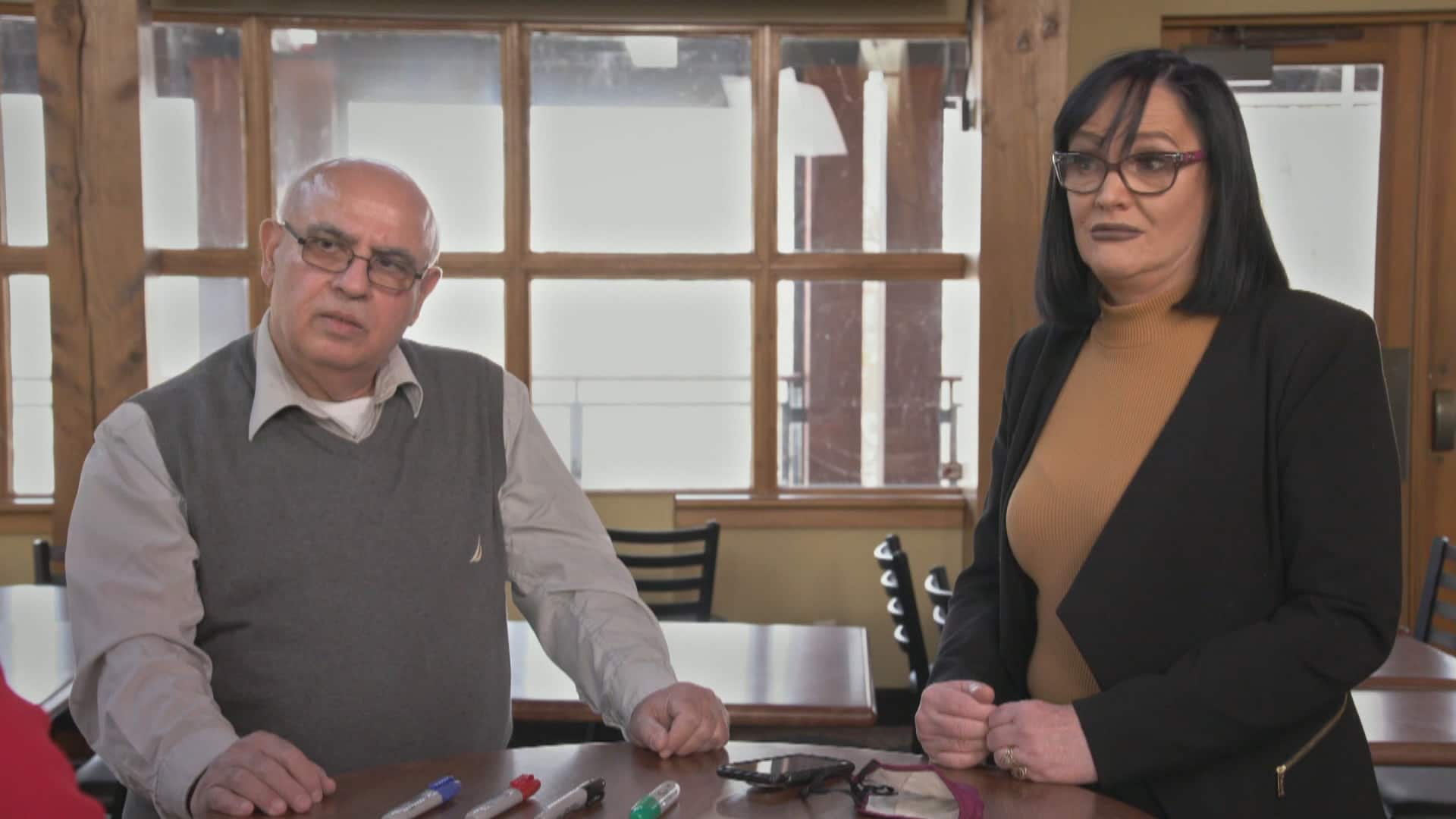 Kelsie Raycroft and Sam Bahlawan say they were ‘terrorized’ by Ottawa police the night they stormed through their home. 1:27

That’s different from what predominantly happens south of the border. The majority of American states require a judge to approve no-knock entries before police execute the warrant.

Following the death of Breonna Taylor, the U.S. Congress is now considering a new law to ban no-knock warrants. The Kentucky woman was shot by police following a botched drug raid last March.

In a recent trial, an Ontario Provincial Police officer testified that dynamic entries are used in 90 per cent of drug warrants, while Quebec provincial police say they conduct about 150 such raids annually.

The practice is coming under increasing scrutiny by judges and community activists in Canada after the death of a 23-year-old Black man in Ottawa.

‘Casual disregard’ for the charter

This past December, Sam Bahlawan and his wife, Kelsie Raycroft, celebrated the acquittal of their daughter Tamara Bahlawan in a drug trial where a no-knock raid was deemed as “serious misconduct.”

Five years ago, investigators believed that Tamara Bahlawan was helping her boyfriend, a known drug dealer, stash cocaine inside her parents’ home. After seeing her leave the house, the SWAT team bashed through their front door.

“I was terrified when the explosion went off because it was so loud and it was like a fire,” Raycroft said while standing in her foyer beside a faded black mark burned into the floor from the stun grenade.

Raycroft, 63, is a city employee and was at home recovering from heart surgery and watching television with her husband when police stormed in.

Police didn’t find any drugs, but did find a handgun and ammunition wrapped in plastic hidden in the bottom of a sock bin in her daughter’s closet. There was no DNA or fingerprints to connect the weapon to the young woman. The family says they didn’t know the gun was there.

“This happens in dictatorships…. They should do some reform in the police force,” said Sam Bahlwan, 70, a retired car salesman. “This shouldn’t happen to innocent people.”

Athabasca University’s Carolyn Greene says there isn’t enough transparency around when, where and how often police in Canada execute search warrants without announcing themselves in no-knocks. 1:03

Ertel, the family’s lawyer, said police won’t curtail this practice on their own and that stronger laws are needed.

“We can’t rely on the police because the main thing they care about is officer safety and securing evidence,” said Ertel. “How much of the sanctity of the home are we prepared to sacrifice?”

“There are always going to be incidences where there are outcomes that no one’s happy with but we also have to remember that in most cases these warrants are executed without incident,” said CPA president Tom Stamatakis.

A no-knock lawsuit was settled out of court in Ottawa the same week the Bahlawans won their case.

Ever since police rammed through his front door five years ago, Peter Schneider said he suffers from depression, anxiety and insomnia.

Schneider said police made him crawl to the curb “like a dog,” held his children at gunpoint and tore apart his home in a search for a trove of weapons that didn’t exist.

According to court documents, the Ottawa police guns and gangs unit relied on the tip of one paid confidential informant with a criminal record and surveilled Schneider’s home for just a few hours before sending in the SWAT team.

They expected to find a semi-automatic rifle, handguns, grenades and Tasers, but found nothing.

Schneider’s lawyer, Lawrence Greenspon, said the information provided to police was “completely inaccurate” and raises concerns about the reliability of informants and shoddy police work.

Schneider initially sued the City of Ottawa for $95,000 plus legal costs. The matter was settled out of court in December and the exact compensation is protected by a non-disclosure agreement.

Greenspon said it’s unlikely any officer was held accountable for this illegal raid at the time.

“There is no system to advise the [police] chief or even the board that [officers] have been in violation of charter rights.”

Since 2007, at least three civilians and one police officer have died in no-knocks. Ontario’s Special Investigations Unit, which investigates incidents involving police that result in serious injury or death, is looking into the latest death.

Last October, Anthony Aust fell 12 floors out his bedroom window after police raided his mother’s apartment in a search for drugs and a gun.

Aust was out on bail awaiting trial on trafficking and weapons offences. He was wearing a GPS ankle monitor while on house arrest.

Two children, his 94-year old grandmother and his stepfather, who has a heart condition, were also home during the morning raid.

Since Aust’s death, a coalition of Black community activists has been demanding Ottawa police review their no-knock policy.

They want statistics about the frequency of the raids and the racial background of the people police apprehend in dynamic entries, but have yet to get any answers.

Ottawa police declined a request for an interview, but said they expect to table information on the issue of no-knock warrants at their next board meeting later in March.

Carolyn Greene, who teaches criminal justice at Athabasca University, said no-knocks are high risk operations, and all police forces should be transparent about when, where and why they conduct these raids.

“We need the data from police services that outline for the public when they are using dynamic entries. We need to know the circumstances when they feel it’s justified — then we can scrutinize.”

Without that scrutiny, Greene said there could be increased harm to residents and a loss of community trust in police.