Boldly looking backward: How Day 1 of the 2019 campaign was all about the past 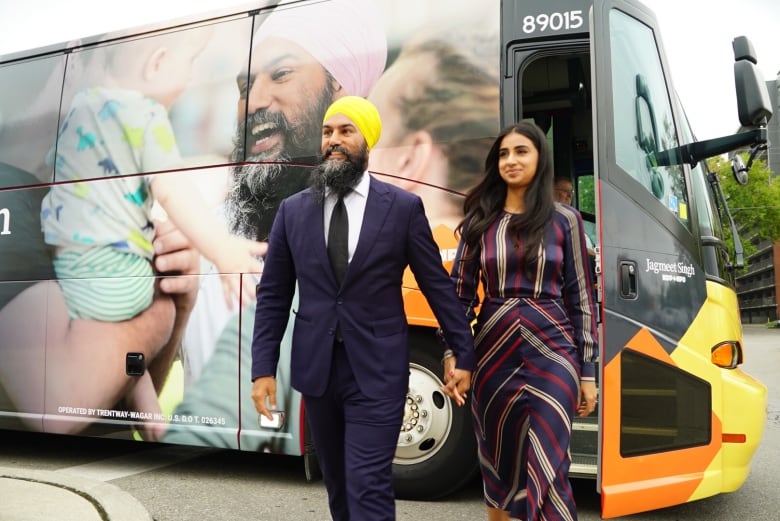 For a guy whose campaign motto is “Choose Forward,” Justin Trudeau sure spent a lot of time dwelling on the past as he kicked off his re-election campaign today.

The Liberal leader took time this morning to look back at the high points of his government’s record over the past four years, from renegotiating a new North American trade deal to positive job creation numbers to strengthening the Canada Pension Plan.

“These are things that are making a real difference in people’s lives,” Trudeau told reporters outside Rideau Hall this morning. “So we’ve all got a choice to make: keep moving forward and build on the progress we’ve made, or go back to the politics of the Harper years.”

That was one of half a dozen references Trudeau made to former Conservative prime minister Stephen Harper this morning. He didn’t mention Andrew Scheer’s name once.

For Trudeau, the past makes a better launching point for an election than the present. Reporters covering the campaign kickoff outside the Governor General’s residence today were, of course, far more interested in recent events.

They asked questions, in both official languages, about the ongoing SNC Lavalin affair and a new Globe and Mail report saying the RCMP’s probe of possible obstruction of justice is being stymied because the federal government won’t waive cabinet confidentially for all witnesses. He was asked if he would acknowledge having made mistakes in his handling of a sequence of events that led to the resignation of two prominent female cabinet ministers.

On both lines of inquiry, Trudeau offered nothing new.

Liberal Leader Justin Trudeau said he respects the decision the Privy Council Clerk made over the SNC-Lavalin affair during a news conference at Rideau Hall Wednesday. 0:27

He also fielded questions about Quebec’s Bill 21 — which bans public servants such as teachers and police officers in that province from wearing displays of their religion — and Trudeau’s reluctance to intervene in the case to defend minority rights.

Trudeau insisted, over and over, that federal intervention at this point would be counter-productive. He ducked every effort to explain that view, leaving pundits to draw their own conclusions — and they tend to agree that weighing in on a sensitive question like religious rights in Quebec would undermine Liberal prospects in that province.

Small wonder that Scheer kicked off the Conservative campaign in Quebec with his own focus on the past. He accused Trudeau of lying about his own role in the SNC-Lavalin affair, of trying to cover up his efforts to get prosecutors to offer the engineering and construction firm a deal to avoid a criminal trial.

Scheer didn’t have a lot to say about his own agenda, or about how his party will deliver on its campaign slogan: “It’s time for you to get ahead.”

There is actually a stark contrast between the messages being put out by the two parties — which, according to the CBC Poll Tracker, are virtually deadlocked among decided voters. The Liberals insist that their policies contributed not just to economic growth but to real, tangible improvements in quality of life for middle-class Canadians.

The Conservatives are similarly focused on pocketbook issues, but they insist that ordinary Canadians are falling further and further behind. It’s an appeal built on how people feel.

That shared focus left it to other party leaders to talk about the future. Neither the New Democrats nor the Greens have past records in government to defend. Both are offering a visions of a greener, more progressive future.

NDP Leader Jagmeet Singh opened his campaign in London, Ont., with a riff on Trudeau’s “better is always possible” refrain from early in his time in office.

‘We are going to bring a hopeful message to Canadians that we can build the country of our dreams,” says NDP Leader Jagmeet Singh. 0:44

“We can do better,” Singh told supporters, pointing to the NDP’s commitment to introduce universal pharmacare, build 500,000 more affordable housing units and create 300,000 jobs in the clean tech sector.

“Four years ago, Justin Trudeau charmed us with pretty words and empty promises. He said the right things but he didn’t do them.”

Climate change is emerging as a defining issue in this campaign. Trudeau, Singh and Green Leader Elizabeth May are all battling for voters who tell pollsters that they are prepared to make their choices based on environmental concerns.

May launched her campaign in British Columbia with a striking statement — that the world is in a climate crisis — and a plea for Canadians to vote for the party with the best plan to do something about it.

“This is the most important election in Canadian history,” she said. “This is a chance for Canadian citizens to decide, maybe for the first time in their lives, that what matters most is a vote for what we believe in and vote for what we want.”

Past records. Future promises. It is the stuff that drives political campaigns. But on day one of this election, the frontrunners are looking forward in the rear-view mirror.