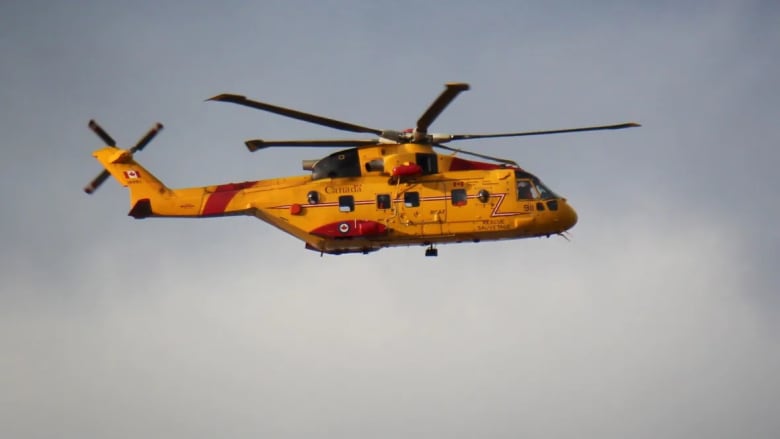 The body of a missing fisherman has been found off the coast of Yarmouth, N.S.

The Joint Rescue Coordination Centre said the 52-year-old was found at 2 p.m. AT Friday by search and rescue personnel.

JRCC spokesperson Lt.-Cmdr. Brian Owens offered his condolences to the family, friends and community of the fisherman.

“This has been a very difficult time for them all and our hearts and thoughts go out to them as they now deal with this situation,” he said.

“Certainly we can’t imagine what they’re going through, but we’re at least glad that they were able to have some closure to this.”

Owens did not have specific information readily available about where the man’s body was found.

He said crew on the Canadian Coast Guard Ship Clarks Harbour found some items floating on the water.

“That enabled us to then significantly reduce the search area and commit more assets to that specific area,” Owens said.

A Cormorant helicopter searched nearby and found the man’s body in open water.

The man was the captain of a fishing vessel identified as the Miss Janet, which was travelling from Shelburne to Saulnierville.

The man’s identity has not been released at the request of his family.

He was one of four crew on board the boat.

Three of the men had gone to sleep Wednesday night, leaving the captain in the wheelhouse. But when one of the crew woke up at 3:30 a.m., the captain was gone and a distress call was made.

The band office of the Sipekne’katik First Nation confirmed the man is a member of the community. Several fishermen from Sipekne’katik were assisting in the search Thursday.

“We are focused on supporting our community at this time,” Chief Mike Sack said in a statement to CBC News.

The Fisheries Safety Association of Nova Scotia issued a statement of condolences Friday afternoon. It said it was working with the Workers’ Compensation Board of Nova Scotia to have grief counselling services made available for the crew, the family and friends of the captain and Sipekne’katik First Nation community members.