Bob Harper Completes Cardiac Rehab: How He Bounced Back in Record Time 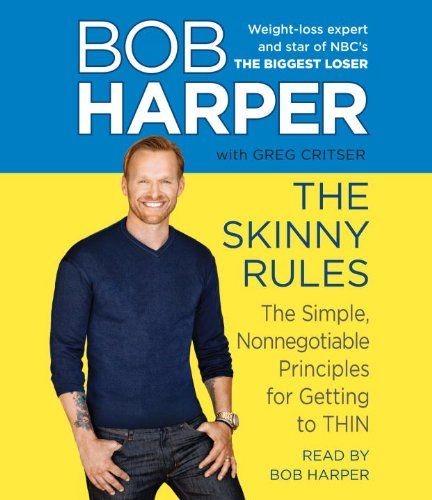 Bob Harper is on his way to reaching 100 percent after suffering a heart attack earlier this year.

As you may recall, the Biggest Loser host was working out when he went into cardiac arrest on February 27. He’s dedicated the last four months to working on his health and strengthening his heart again.

Yesterday marked a big milestone in that recovery process.

Harper took to Instagram to announce he’d finished his cardiac rehab, sharing a photo of a heart with the number “36/36” in the middle.

“Yesterday was a BIG DAY in my recovery from my heart attack,” he wrote. “I finished my cardiac rehab. It has been super important to me and also HUMBLING. All the support that I’ve been getting from all my IG friends helped me when it was tough so THANK YOU for all the love and support.”

“Last Sunday was a BIG and super emotional day for me,” he captioned the video. “Not only was I able to really do my first @crossfit workout again, I did it in the room where I had my heart attack AND I did it in the exact same spot where I went down into cardiac arrest. Thank you so much to Anthony and my good luck charm Sean for supporting me. @bricknewyork #heartattacksurvivor.”

So how was Harper able to bounce back from such a traumatic event in record time? Lots of hard work. The fitness guru not only had to step away from his intense workouts for a bit, he also had to change up his diet.

For example, in March, he explained to fans how he had to go all the way back to “square one” with his workouts by walking on a treadmill for a stress test.

“Well while all of my @crossfit family is getting ready for 17.3, I’m walking on a treadmill doing a stress test,” he captioned the video. “Talk about starting back at SQUARE ONE. I plan on being the BEST STUDENT. #heartattacksurvivor.”

A few days later, he began his cardiac rehab, which included exercising on the treadmill and bike.

“So today was my first day doing my #cardiacrehab which involved 15 min on this bike, 15 min of treadmill and 15min of the ergometer,” he explained. “I felt good and the doctors were happy with all of my readings. It just felt good to get a little bit of a sweat. I love all the support that I’ve been getting. You have no idea how helpful it is. Thank you. #heartattacksurvivor.”

Aside from working out, Harper also completely transformed his diet in order to lower his fat intake.

He’s included more fish and vegetables into his meals than ever before.

“Since my heart attack, my doctors have suggested more of a Mediterranean Diet,” he told fans in March. “So tonight’s dinner is branzino with Brussels sprouts and I started with a salad. #heartattacksurvivor.”

When he received criticism from vegans for eating fish, he clapped back by reminding them that he’s just trying to recover.

“I will continue to do what my doctors feel is right for me in my situation so please just unfollow me instead,” he told them. “In the words of one of my best friends, you do you and I’ll do me.”

And apparently what he’s been doing has worked! We’re glad to see how far he’s come in the recover process.