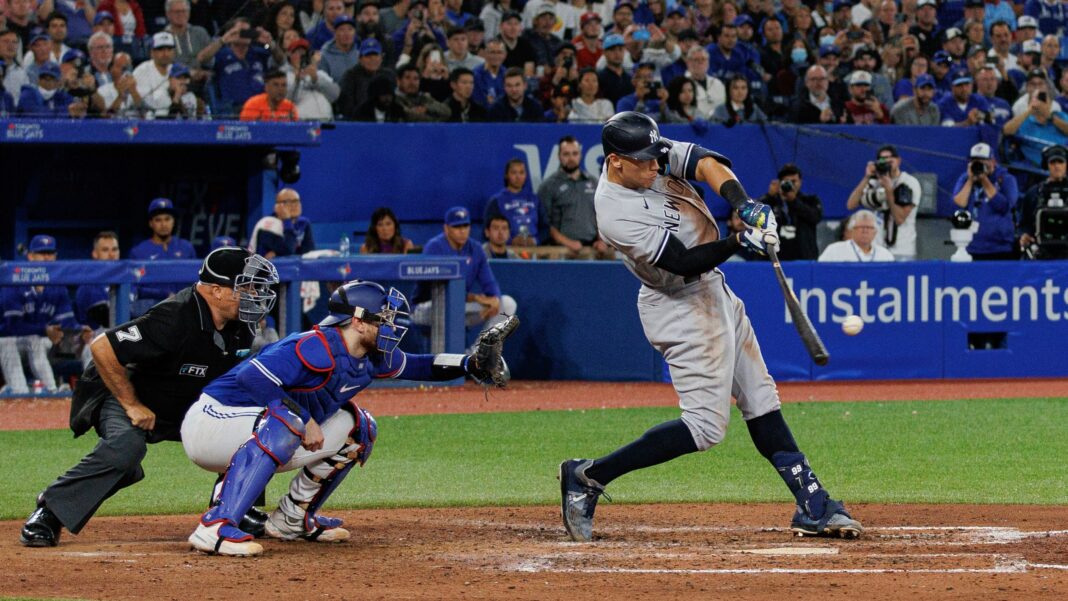 Blue Jays fan Frankie Lasagna grabbed a baseball glove from his garage before heading down to Rogers Centre for Wednesday’s game against the New York Yankees.

With Aaron Judge on the verge of baseball history, Lasagna wanted to be prepared just in case the Yankees slugger hit his 61st homer of the season.

“I would never ever bring a glove other than this situation,” Lasagna said. “I needed a bigger one.”

Lasagna stretched over the railing but the ball hit the wall just below and bounced into the Toronto bullpen. He put both hands on top of his head after the near-miss, a frustrated look etched on his face.

Blue Jays closer Jordan Romano said the ball remained in the bullpen for a couple minutes until it was given to Zack Britton, who walked over from the opposing bullpen.

Security guards, police officers and stadium employees were hovering in the area at the time. Blue Jays bullpen coach Matt Buschmann handed it over once the Yankees reliever arrived.

“It’s a very important ball,” Romano said. “There was a lot of people there. We just didn’t want to give it to the wrong people.”

Judge said the ball was eventually given to the Yankees’ equipment manager to be locked up for safe keeping. 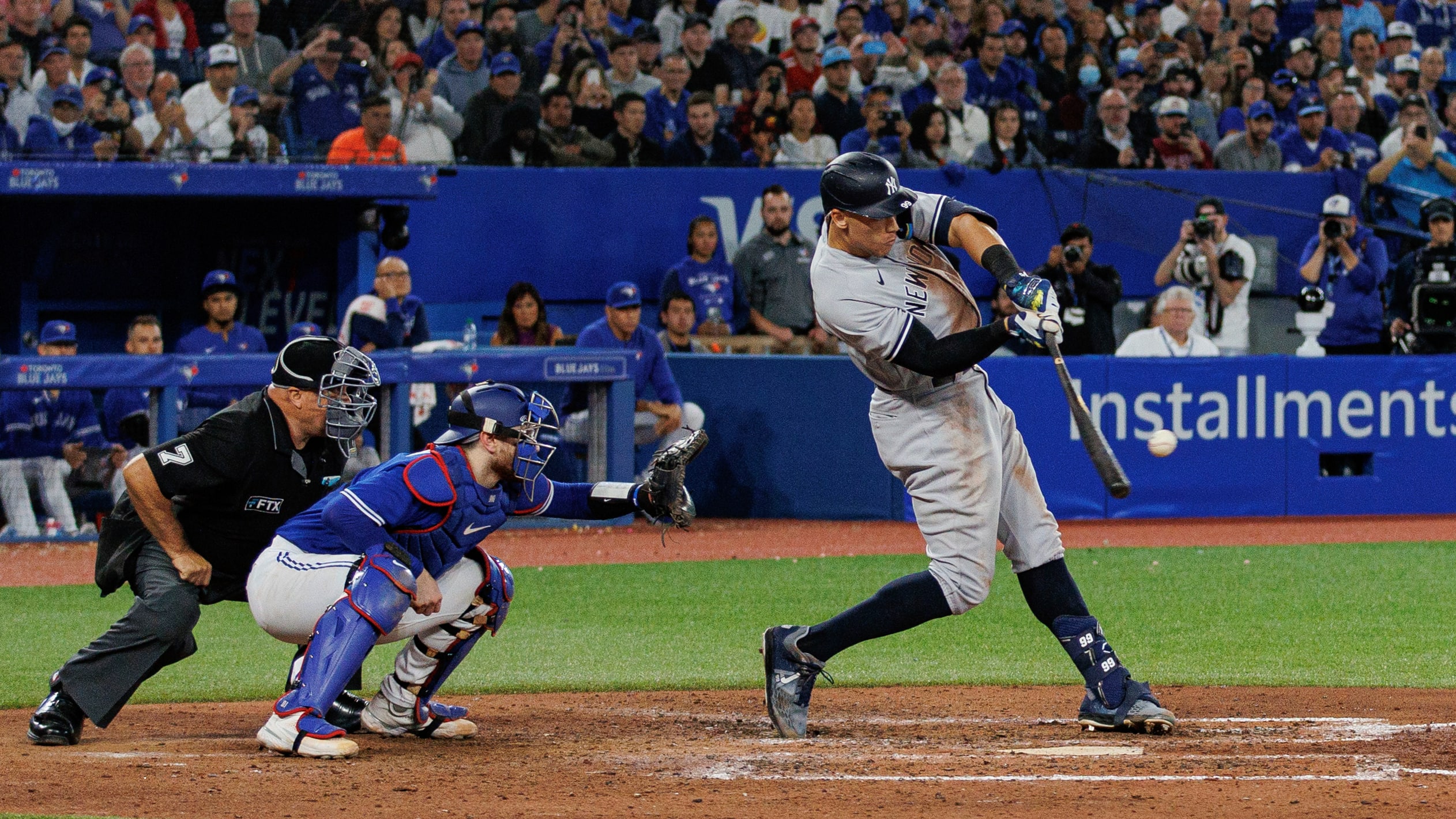 Lasagna bought his ticket in the front row of the 100-level thinking it would improve his odds of catching the ball if Judge went deep.

“In the front row I felt like you’ve got the best chance,” he said. “Lo and behold, I was just a few feet away.”

“It’s like you’re in the game, you’re fielding and getting ready for the pitch,” he said of the fan experience. “When he hit the ball, it was like ‘Oh my God! Oh my God!’

“I think I hit my buddy in his neck (as I stretched out). I almost got it.”

Lasagna could only look down into the bullpen as the ball — which could have been worth big bucks to a collector — bounced a couple of times before it was picked up.

“The disbelief comes over you and just the shock and the amazement,” he said. “I was like, ‘Oh my God, I almost had it.”‘

Lasagna said he would have kept the ball if he had caught it.

“I would have held on to it for as long as I could (to) negotiate,” he said. “Maybe get Judge to try to come to the restaurant.”