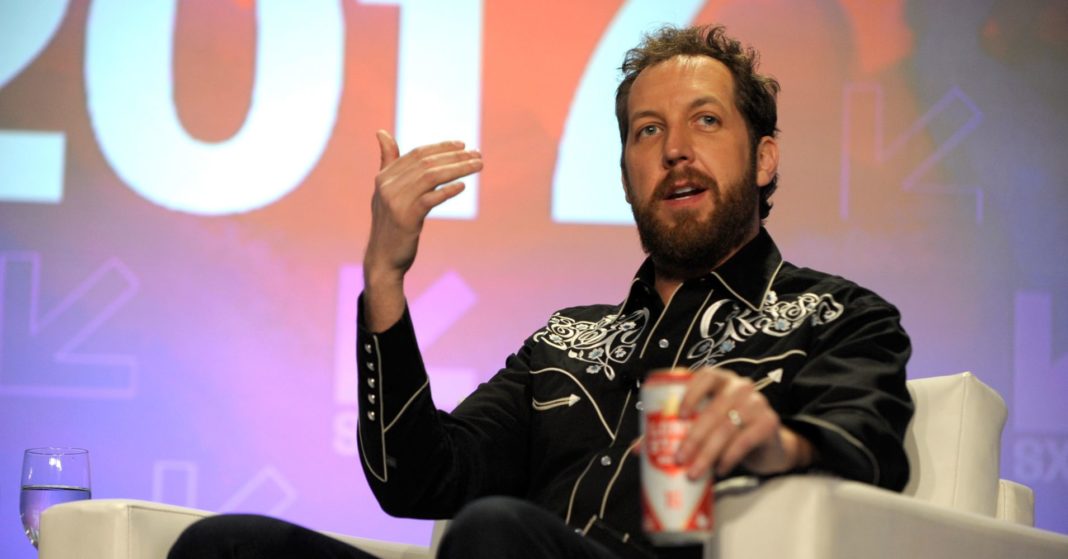 Billionaire investor and Democratic donor Chris Sacca is gearing up for the 2020 presidential election, but don’t expect him to be donating millions of dollars directly to candidates.

Instead, he’s going to focus on assisting the Democratic Party’s eventual nominee for president through his own start-up investments. One of them, Swing Left, generated a large-scale grassroots movement to help candidates retake the U.S. House. According to its website, Swing Left raised $10 million for Democrats in swing districts, made over 2 million phone calls and knocked on 5 million doors.

His plans come during a seismic shift in how political movements and causes are funded and organized, largely through online entities. The Democrats’ success with such platforms in this year’s midterm cycle has left Republicans scrambling for answers.

Sacca, a former judge on “Shark Tank,” told CNBC in exclusive comments that he’s not looking to contribute directly to campaigns or political action committees in the search for his party’s nominee. Rather, he plans to help the nominee by continuing to invest into the groups he has backed since he founded his own venture capital firm, Lowercase Capital.

“Our focus is on making sure a Democrat wins the White House in 2020. Period. We will likely make a handful of direct donations to candidates out of respect for personal friendships we have with some of them. But direct and PAC donations aren’t the best use of our time and money,” Sacca said in an email. “Instead, we know we can be most effective by using our investing and product experience to build tools that will help the ultimate winner of the primary run their best campaign.”

A financial boost to these small political entities could give Democrats a chance to make further inroads in 2020 just as they are seeing their party’s own successful online fundraising application, ActBlue, get scrutinized by their Republican opponents. The online portal, which is focused on small donations, brought in more than $1 billion this year, about a third of its total haul since it was founded in 2004, records show.

Republican megadonor Sheldon Adelson has privately been fuming behind the scenes about his party’s lack of response to ActBlue and is planning to demand that the GOP fundraising committees create a counterweight before the next election.

While Sacca announced his retirement from venture capital and “Shark Tank” over a year ago, he said he would continue to support his portfolio of small business investments. He was an early backer of Twitter, Uber and Instagram.

Those start-ups include at least eight companies that he says “will help the party’s eventual nominee run a cutting edge campaign, register and turn out voters, and ensure that the will of the vast majority of Americans is never again ignored.”

Swing Left’s political action committee raised over $13 million throughout the past election cycle, with over $285,000 coming from Sacca, the largest check he wrote during the midterms. Sacca also backs The Arena, a start-up that trains candidates and support staff how to be best equipped for success in an election, and MobilizeAmerica, a cellphone app that helps campaigns organize volunteer staff.

His decision to step back from directly supporting presidential campaigns comes two years after he became a top supporter for Hillary Clinton, the Democratic nominee during the 2016 presidential election who eventually lost to Donald Trump. According to Federal Election Commission records, Sacca contributed in total over $600,000 to the Hillary Action Fund and the Hillary Victory Fund, two joint fundraising committees dedicated to support Clinton’s candidacy along with the Democratic National Committee.

Sacca doesn’t seem to have a preference for whom he hopes to see run as the Democrats’ nominee. He said he supports the growing field of potential nominees because it shows that the party is standing by one of its core principles of diversity and he believes that commitment will lead to success in 2020.

“With the primaries more than a year away, let’s stop hyperventilating. Dems will do best with a wide field representing a very diverse group of candidates,” he said. “That’s the best way to get on the same page about what we stand for rather than what we stand against.”

One of the people Sacca has publicly said he believes would have a chance at becoming president is his former sparring partner on “Shark Tank,” Dallas Mavericks owner Mark Cuban.

“There is a 100 percent chance Mark Cuban becomes president of the United States,” Sacca said in an interview during the previous presidential election.

Cuban, for his part, has kept open the possibility of running in 2020 but has yet to confirm if he will move ahead with a campaign. He did not return a request for comment.

Others who are exploring a potential run include Sens. Cory Booker and Elizabeth Warren, Rep. Beto O’Rourke and former Vice President Joe Biden.

Sacca has been a staunch critic of Trump’s since the start of his administration.

The investor vowed to financially support the American Civil Liberties Union and their legal action against the Trump administration’s proposed Muslim travel ban. During the SXSW conference in 2017, Sacca ripped Trump’s presidency, calling it an “absolute unmitigated crisis.”