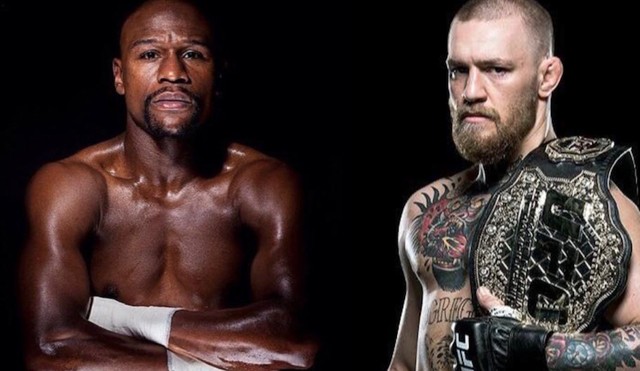 ESPN’s Darren Rovell estimated that the Floyd Mayweather-Conor McGregor fight could bring in $30 million in betting handle at Nevada sportsbooks.

Much of that will come in this week leading up to the fight, and Chalk will be monitoring all of the biggest wagers in this file as they come in.

All odds courtesy of the Westgate Las Vegas SuperBook unless otherwise noted.

• Las Vegas sportsbook operator CG Technology on Aug. 20 dropped the price on Mayweather to -490 and attracted a six-figure bet on the boxing champ. CG Technology books were offering Mayweather at -500 and McGregor at +400 on Monday afternoon (Aug. 21).

• Johnny Avello, executive director of Wynn race and sports, told ESPN on Friday (Aug. 18) that he has taken multiple $250,000 bets on Mayweather.

• On July 3, the Westgate took a “low six-figure” bet on Mayweather at -650 to defeat McGregor.

• In the first few hours after the fight was made official, CG Technology took a $45,000 bet on Mayweather.

— Las Vegas sportsbook operator CG Technology, which runs the books at the Venetian, Cosmo, M Resort and others, said June 26 that it already is facing a multiple six-figure decision on the fight. According to vice president of risk Jason Simbal, there have been 13 times more bets on McGregor than Mayweather.

— The betting action on the fight remains “surprisingly brisk” at Station Casinos’ sportsbooks, where for every one bet on Mayweather there have been 15 on McGregor.