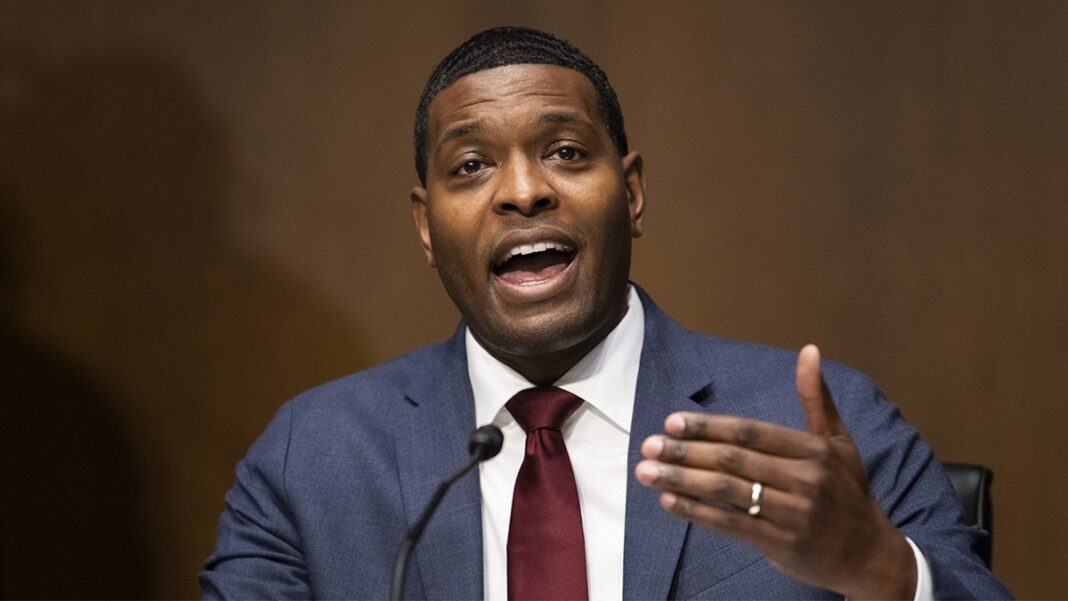 EPA Administrator Michael Regan, who President Joe Biden picked to lead the agency in early 2021, has met with leaders of green groups — including the Natural Resources Defense Council (NRDC) and League of Conservation Voters (LCV) — which have received funding from both the massive Arabella Advisors-managed dark money network and liberal Swiss donor Hansjorg Wyss’ funding network, according to emails and calendar entries reviewed by Fox News Digital.

The groups Regan engaged with have aggressively opposed fossil fuel development via litigation and lobbying efforts. Experts have argued that rushing away from fossil fuels to more unreliable forms of energy like wind and solar will lead to higher consumer prices and greater likelihood of blackouts during periods of high electricity demand.

“It’s so disappointing to see the Biden administration engaging with these extremist groups that push an unfounded ideology that is all about making fossil fuel energy — that literally runs our entire economy — more expensive and less accessible,” Mandy Gunasekara, a Heritage Foundation visiting fellow who served as the EPA’s chief of staff during the Trump administration, told Fox News Digital in an interview.

“We have shortages, and we have people behind on utility payments before a single cold front has moved across the United States,” Gunasekara said. “The Biden administration regularly colludes with these groups to improve their bottom line while ignoring the needs of American families.”

“It is infuriating because we took a completely different approach — we actually improved people’s lives, we improved the health of communities.”

According to the internal agency documents, Regan met with LCV President Gene Karpinski on at least two occasions. The first meeting, in March 2021, involved two other senior EPA officials, while the second, in October 2021, was a one-on-one phone call.

In April 2021, Regan delivered remarks to an NRDC panel event and, in September, he participated in a one-on-one video call with NRDC President Manish Bapna.

In addition, Regan attended board meetings for both the LCV and NRDC in June 2021 and October 2021, respectively.

“The meeting with Administrator Regan was an opportunity to talk about the agency’s important work protecting the environment and public health,” said NRDC spokesperson Jake Thompson. “This was about how to make sure the greatest possible benefits accrue to the greatest number of Americans by, for example, confronting the climate crisis in a way that will cut energy costs for our families, strengthen the economy, advance equity and make the country more secure.”

“The administrator’s address to the board of trustees was an opportunity for him to share the administration’s priorities for protecting the environment and public health,” Thompson continued. “Both are examples of the administration engaging with a public interest group to discuss the work it’s doing on behalf of the public.”

The NRDC and LCV have both received large funding from the Sixteen Thirty Fund, a key cog in the nation’s largest dark money network operated by Arabella Advisors, according to Influence Watch. The Sixteen Thirty Fund funneled $3.5 million to the LCV and $6.7 million to the LCV Victory Fund in 2019 alone, according to the group’s most recent tax filings.

Molly McUsic, the president of the Wyss Foundation, sits on LCV’s board of directors.

Regan also met with Center for American Progress (CAP) founder John Podesta on at least three occasions, including for dinner in September 2021. Podesta recently accepted a senior position in the White House.

Wyss currently sits on CAP’s board of directors, was a founding member of the group and has pushed money to the group through his network. CAP has also received hundreds of thousands of dollars from the Sixteen Thirty Fund.

Regan has also met privately with Fred Krupp, the president of the Environmental Defense Fund (EDF), and Tom Steyer, a liberal mega-donor who unsuccessfully ran for president in 2020.

“EDF is dedicated to protecting human health and the environment for all people, and meeting with policymakers far and wide to urge protective actions,” Laura Catalano, EDF’s vice president of global communications, told Fox News Digital.

The organizations in Wyss’ funding network denied involvement in the EPA meetings, saying they aren’t involved in the day-to-day operations of grantees.

“We played no role in these meetings and do not know what was discussed,” a spokesperson for the Wyss Foundation and Berger Action Fund told Fox News Digital in an email. “Through grantmaking, the Foundation provides direct support to charitable projects and organizations working to address the biodiversity crisis, while the Berger Action Fund supports groups that advocate for conservation and climate action through advocacy, grassroots organizing, and lobbying.”

“This is a critical moment for land and wildlife conservation: the planet has lost 60% of its wildlife populations since 1970, and 1 million species of wildlife and plant species are now at risk of extinction,” the statement continued.

The spokesperson added that the Wyss Foundation is “immensely proud” of its conservation work and has invested $1.5 billion to conserve 30% of the world’s land and water by 2030.

“Fund for a Better Future is proud to support effective organizations working toward outcomes that align with our mission to promote the common good by protecting the environment, upholding democratic values, addressing disparities in public health, and advancing social equity,” a spokesperson for Fund for a Better Future told Fox News Digital.

“FBF does not direct our grantees’ day-to-day activities or with whom they meet.”

And the EPA defended the meetings with green groups in a statement to Fox News Digital but declined to answer whether Regan had met with, or planned to meet with, fossil fuel industry stakeholders.

“Administrator Regan regularly meets with community members, elected leaders, and other stakeholders on matters of agency policy and regulation as we work to protect human health and the environment,” an EPA spokesperson said.

“From meeting with environmental groups, to walking with community members in underserved areas overburdened by pollution, Administrator Regan is committed to bringing together a broad coalition of leaders and perspectives to inform agency policymaking,” the spokesperson continued.

Regan delivered remarks at CERAWeek, a major energy industry conference, in March, but his schedule didn’t appear to include meetings with fossil fuel industry groups or executives.

During his CERAWeek speech, he reiterated the administration’s commitment to a green transition from fossil fuels to clean energy, adding that the EPA was considering a “full suite of opportunities” to reduce emissions by using its regulatory authority.

“Administrator Regan will continue to meet with stakeholders in D.C. and in neighborhoods across the nation as we work to deliver environmental and economic benefits, advance environmental justice and deliver on our mission to protect human health and the environment,” the EPA spokesperson added.

The LCV, CAP and the 1630 Fund didn’t respond to requests for comment. 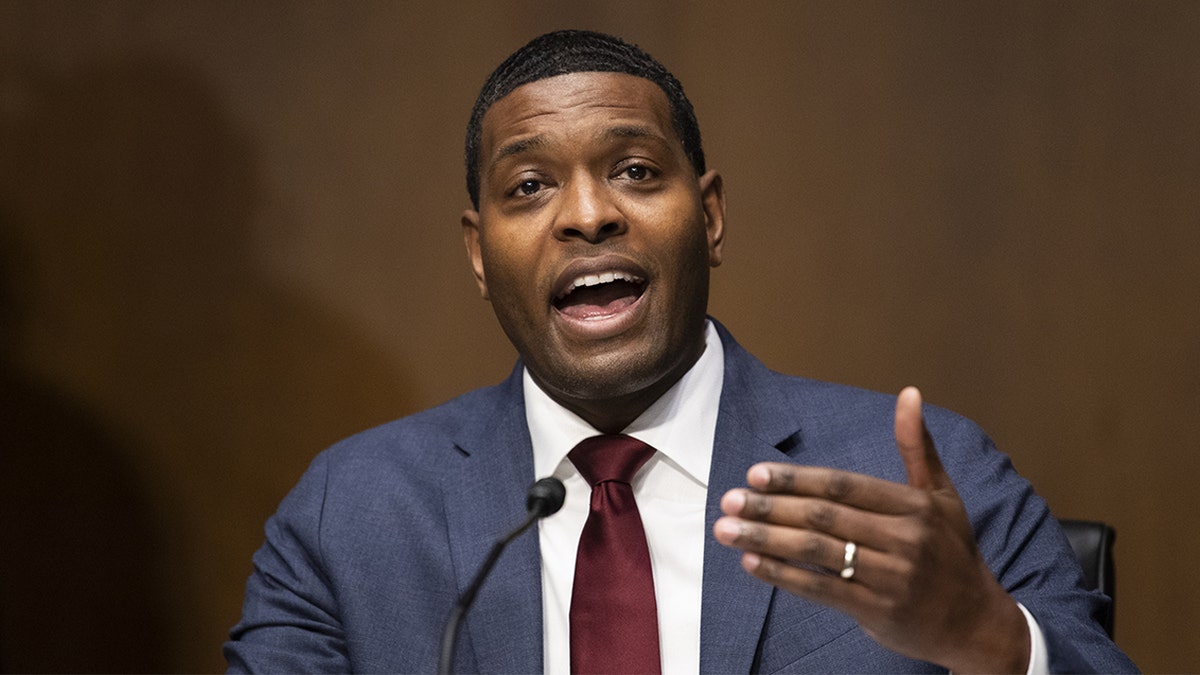